IT'S NOT often that a football manager gives an interview on its official channel to thank fans after the club has given him his P45. Ole Gunnar Solskjaer addressed Manchester United fans and the club yesterday in a remarkable interview after the club had decided to part ways hours earlier.

Solskjaer was given his marching orders as the club's form grew worse and worse, to the point of no return. United lost 4-1 to Watford, and 2-0 and 5-0 to Manchester City and Liverpool respectively in recent weeks.

On the interview, was Solskaer's own decision. He wanted to give a farewell message to the supporters and club were happy to let him do it.

As the United descended down to seventh in the Premier League, the Glazers acted to dismiss the United legend.

Reports stated that Solskjaer agreed to give the final interview to say goodbye to the club's supporters, and United agreed.

Solskjaer, who held back tears, told the club that results weren't up to scratch.

"You know what this club means to me and what I wanted to achieve here. For the club, for the fans, for the players, for the staff. I wanted us to take the next step to challenge for the league, to win trophies and I only think it’s right that it comes from the horse’s mouth.

I don’t want to answer all… there’s going to be journalists asking me about interviews but no, I’m not going to do any interviews. I want to get it out there, I’m going to leave by the front door, because I think everyone knows I’ve given everything for this club. 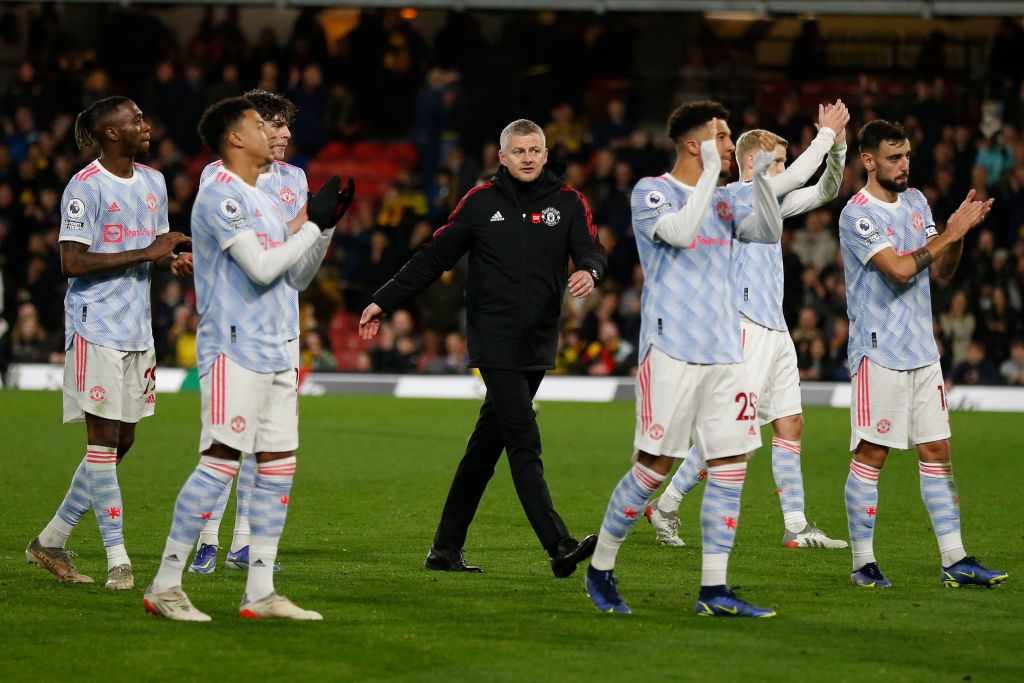 This club means everything to me and together we’re a good match, but unfortunately I couldn’t get the results we needed and it’s time for me to step aside.”

The Norwegian brought Rafael Varane, Jadon Sancho, and Cristiano Ronaldo to Old Trafford this season to bridge the gap between Liverpool and Manchester City. Solskjaer said he was backed by the club.

Well, as I’ve said many times in interviews, I’ve been backed. The board and the owners have backed me in [terms of] bringing good people in, good players in and I think, or I know, I leave this club with a better squad.

The environment is fantastic, it’s an environment I’m proud of leaving because you have to enjoy coming in here working. I don’t want to pre-empt anything but the two times I’ve left Molde, they’ve won the league the year after, so all the best to whoever takes over – that’s the expectation!”

“As I’ve said to them this morning as well, trust yourselves, you know we’re better than this. We’ve not been able to show it but go out, chest out, enjoy being a Man United player, in the Champions League, on the biggest stage.

If and when you win the game, you’re through to the next round, Michael [Carrick] is going to be in charge. Michael, I have the utmost respect [for],

I love Michael to bits. I’m becoming emotional now because he’s top. They’ll be fine. I’ll watch them and support them.”

United play Villareal on Tuesday in a crunch Champions League game that could have massive ramifications for United's European adventure.