IT’S been a roller-coaster 12 months for Ireland, one in which our idea of ourselves as pre-eminent in international rugby came to a juddering halt, before the final match hinted at a bright future available to us.

The year was book-ended by two extraordinary matches, but in between all was dross unsurpassed in the professional era.

The Six Nations started with a spellbinding 45 minutes, but after Johnny Sexton limped off against England, selectorial adventure turned into something more akin to desperation as Declan Kidney’s pitch for a new contract was made using Ulster’s youngsters.

It was a last, desperate attempt to reposition himself as the man for the 2015 World Cup.

The nadir was Rome, where we somehow escaped without a complete thumping from Italy – BOD’s yellow card (and it was lucky to have been just yellow) looked like it was going to bring the curtain down on Ireland’s best ever player in an unfortunate manner.

Or was the Scotland match even worse? Seeing the great emperor of the noughties exposed in the most public and shocking fashion was a miserable sight.

The summer Lions tour brought the only dropping of BOD’s career and a victory for a Welsh-backboned team playing a rubbish brand of rugby.

Sky did their best to conjure up enthusiasm for the series, but the first two tests were dreadful and the opposition was in a state of flux. The Lions did their best not to win it.

The November series finished with an historic near-victory over New Zealand, but Ireland looked no closer to the consistency we have yearned for since 2009 – the previous week against the Wallabies was grim viewing.

This time 12 months ago, things were rather looking up – we had slapped down our bogey team in a sparkling performance with exciting youngsters like Simon Zebo and Craig Gilroy to the fore.

Kidney was yet to be a complete lame duck, and was turning his sights towards RWC15. It hasn’t quite worked out and we are essentially exactly where we were in terms of RWC preparation.

Joe Schmidt has largely stuck to the tried and tested this November, while giving game time to some of his younger players – it beggars belief that we have a coach who has less than two years to prepare for a World Cup, but, as Eddie O’Sullivan might say, you can’t un-ring a bell.

And it must be said, O’Sullivan’s four years of careful build-up didn’t help in 2007, Kidney took two years to decide who his out-half would be and still couldn’t do it for 2011, so maybe a truncated build-up is just as well.

Indeed, last time out, Wales went into the tournament with a virtually new team, and France were a rabble – and both had memorable World Cups, albeit via a bizarre route in the case of the French.

So maybe focussed build-up is overrated, but it surely helps. By the time the Six Nations rolls around we will be on the fast track and will have less than 20 games to get our team sorted. 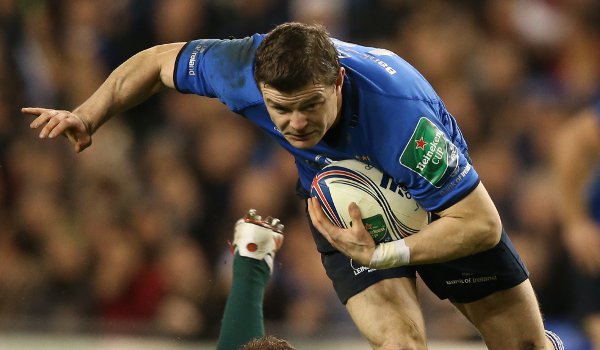 Brian O'Driscoll's retirement will be a huge blow to Irish rugby

Luckily, we are in okay shape in some positions – Conor Murray and Johnny Sexton finished the Lions tour as first choice (and we have decent backups there), we are stacked in the back three, and plenty of young inside centres are pushing for Bearded Darcy’s shirt.

Loosehead prop suddenly is a position of strength, and Rory Best is a solid hooker, if prone to set piece issues. Back-row options are many and varied, with Rhys Ruddock the latest to emerge as an option on the blindside.

If we are to challenge in England 2015, we’ll need to sort out three huge issues, related to the retirement/slowing down of three huge (metaphorically, mostly) players – Mike Ross, Paul O’Connell and Brian O’Driscoll.

At tighthead, Marty Moore looks primed to pass Ross out at provincial level by the end of this season, and Ulster are confident Declan Fitzpatrick has got his fitness issues behind him – if these two stick around and stay fit, we should survive.

Outside centre is another position requiring urgent surgery – you-know-who is retiring and an Irish team without him will take some getting used to. Ireland appear to be in the strange position of waiting for Jared Payne to become Irish next season.

He has undoubted (Kiwi) class but has yet to play 13 in a big HEC game; Keith Earls has had plenty of game time for Ireland there, but hasn’t quite convinced; and then there is Luke Fitzgerald – it’s thrilling to see him back and playing well and he impressed against New Zealand there; perhaps he is the man.

At second row, the situation is improving – Paul O’Connell on form and fully fit is still an awesome player, but he gets injured regularly these days.

Devin Toner had a terrific November, and Iain Henderson will own the No 4 shirt sooner or later. In the meantime there is Mike McCarthy, a bit cumbersome but finding his legs at Leinster, and Donnacha Ryan will be back from injury in the Six Nations.

The best thing that can be said about 2013 is that it’s over – let’s looks forward into 2014 and 2015 optimistically, we have a few problem positions but personnel-wise our team is well set, and we have a great coach to lead it – there were green shoots of improved ball skills and accuracy in November.

The red flags in Schmidt’s inbox are the three aforementioned positions, and trying to foster a better atmosphere around Team Ireland – the scars of the provincial blood-letting in the latter years of the Kidney era are still visible.

The provinces look in decent health.

Leinster, Ulster and Munster appear set for qualification to the knockouts. Connacht’s win over Toulouse was arguably the result of the decade, though they must use it as a springboard for better performance in the league, where they are below even Zebre.

But no matter how well they play, and how talented the Kiwi coaches, the major blot on the landscape is the future of the Heineken Cup, which represents a huge unknown.

The Welsh appear set to defect to an Anglo-Welsh Cup, so a competition involving the Irish, Scottish, French and Italian sides with some makeweights from the fringes of Europe would count for little.

A likely knock-on effect is greater movement to France, where the Top 14 provides meaningful week-in week-out competition.  At the time of writing the futures of Sean O’Brien and Jamie Heaslip, among others, are still uncertain.

Personally, we’re feeling relieved we can move into an era with something approaching cautious optimism – the PTSD of 2013 will take a while to get over, but there is nothing like winning rugby matches for that.

Seasons greetings to all! (Except Warren Gatland).