Joseph Duffy is set to make his long awaited UFC return when he faces Marc Diakiese at UFC London this Saturday, in a St Patrick's weekend special.

The Donegal native hasn't fought since suffering a second-round stoppage defeat at the hands of James Vick 16 months ago.

Duffy picked up a rib injury back in November of 2017 and that ruled him out of UFC Adelaide, where he was set to face veteran Ross Pearson.

The 30 year-old previously underwent surgery on a troublesome shoulder injury that had plagued him ever since he famously tapped out a young Conor McGregor just 38 seconds into their CageWarriors bout back in 2010. 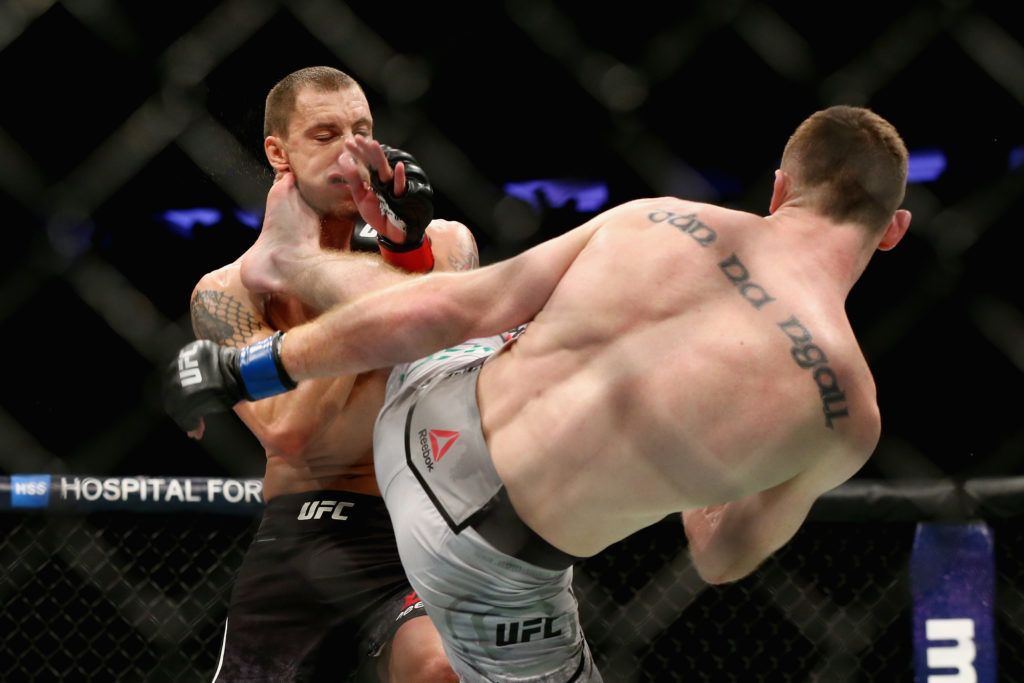 Joe Duffy lands a kick against James Vick in their lightweight bout during the UFC 217 event at Madison Square Garden on November 4, 2017 in New York City. (Photo by Mike Stobe/Getty Images)

Duffy has since gone 4-2 in his UFC career, with a professional record of 16-3. His last victory came against Reza Madadi back in March 2017.

England’s Congolese-born Diakiese had made a fine start to his UFC career, winning his first three fights to take his professional record to an impressive 12-0.  However, the 25-year-old has lost his last three bouts inside the octagon. He’ll view Duffy as a “must win” fight if he is to be kept on at MMA’s premier organisation, the UFC.

Duffy has plenty on the line himself as he looks to reposition himself back amongst the elite at lightweight level.

“He fought on the London card the last time I was on,” Duffy said on his next opponent. “He had a big knockout. Obviously, it’s a huge fight.  It’s going to be a good battle for sure.” 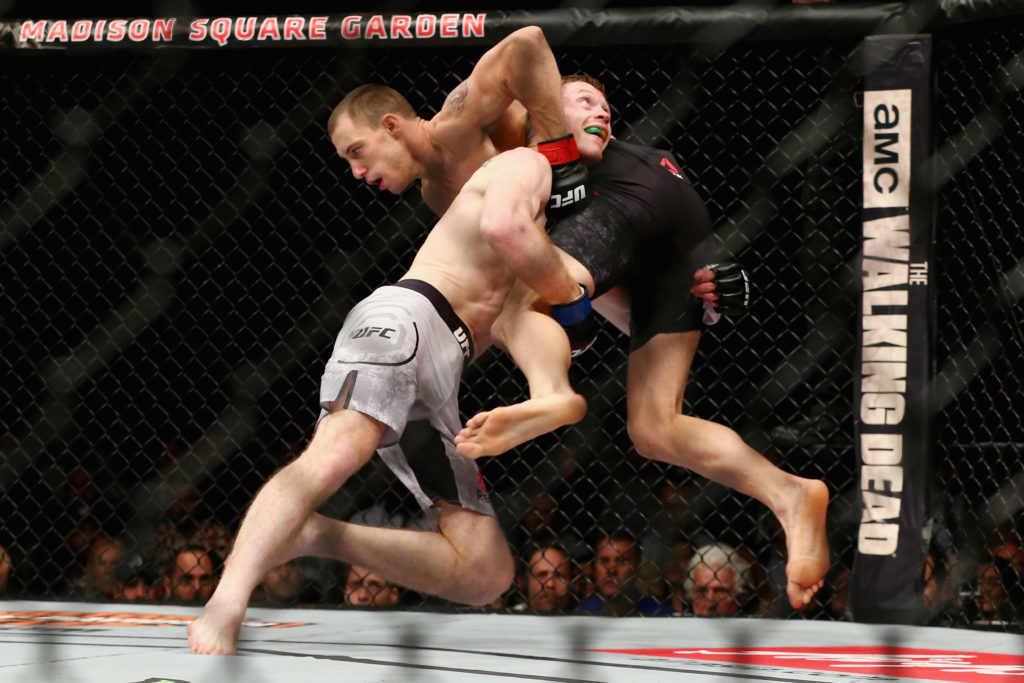 Joe Duffylifts James Vick off the mat in their lightweight bout during the UFC 217 event at Madison Square Garden on November 4, 2017 in New York City. (Photo by Mike Stobe/Getty Images)

Duffy also hopes that the decision to address his shoulder complaint, an injury he says was affecting his in-cage performances, will mean we get to see the best version yet of Duffy in London.

“I had a shoulder injury and it’s one that has been plaguing me for quite some time. I originally injured it in the camp when I was due to fight Conor. But for the last two years now it’s really become a big problem. It stopped me throwing jabs or hooks. It got to the stage where I had to bite the bullet and get the surgery done.

“That put me out for the better part of a year. I then had a fight lined up, basically had the camp finished and I took a kick to the ribs. I got injured and that put me out of a fight in Australia. That was another setback.

“But thank god we’re here now. Everything happens for a reason. We’ve got a very exciting fight lined up. I’m glad to be back. It’s close to home so I’m really looking forward to it.”

In between all of that, Duffy decided to switch management by putting pen to paper with MMA Dominance.

Dominance is home to big name fighters such as Khabib Nurmagomedov and Frankie Edgar. Duffy is in no doubt that the move is the right one for him.

He explained: “Dominance are probably the biggest management company in the game. They’re based out in Vegas so they’re dealing with the UFC on a daily basis. I’m very grateful to them. They flew me out there to help with the rehab on the shoulder.

“I was at the UFC Performance Centre for a few weeks. Obviously that sped up the recovery no end. It was a big deal for me. It really was amazing how the recovery went after that. I don’t know if I’d signed for any other team would they have had that relationship with the UFC.” 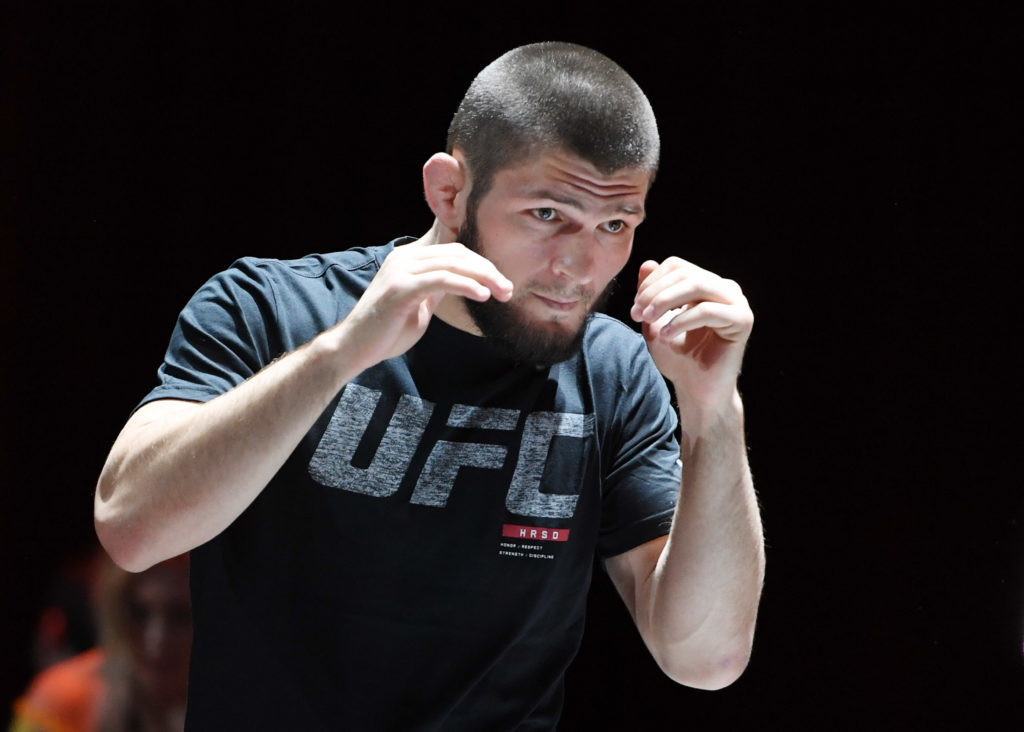 Constantly moving between the US and his training base in Canada leaves little time for Duffy to get back to Donegal. Though, he admits that Jason Quigley’s recent relocation from California to Sheffield has made him revaluate his own situation and has got him thinking a little more about home.

“Home is great,” he said. “And it is something that has been in my head more and more. Every time I go home I feel rejuvenated. There is a renewed determination. You see what it means to people and it relights that fire. If there was a way to make it work, if I had enough training partners it’s something I’d love to do.

“I can see why Jason Quigley came back from LA. When you’re about home the important things are put into perspective.”

In the not too distant past Duffy had to carry the weighted tag of being “the last man to beat Conor McGregor”. That label did, of course, bring instant value to Duffy’s name as soon as he joined the UFC in 2015.

But the Notorious’ star has faded somewhat in recent times with loses to Nate Diaz and more recently Khabib Nurmagomedov.  However, the latter’s successful lightweight title defence against McGregor at UFC 229 was completely overshadowed by an ugly post-fight brawl between the pair’s entourage. 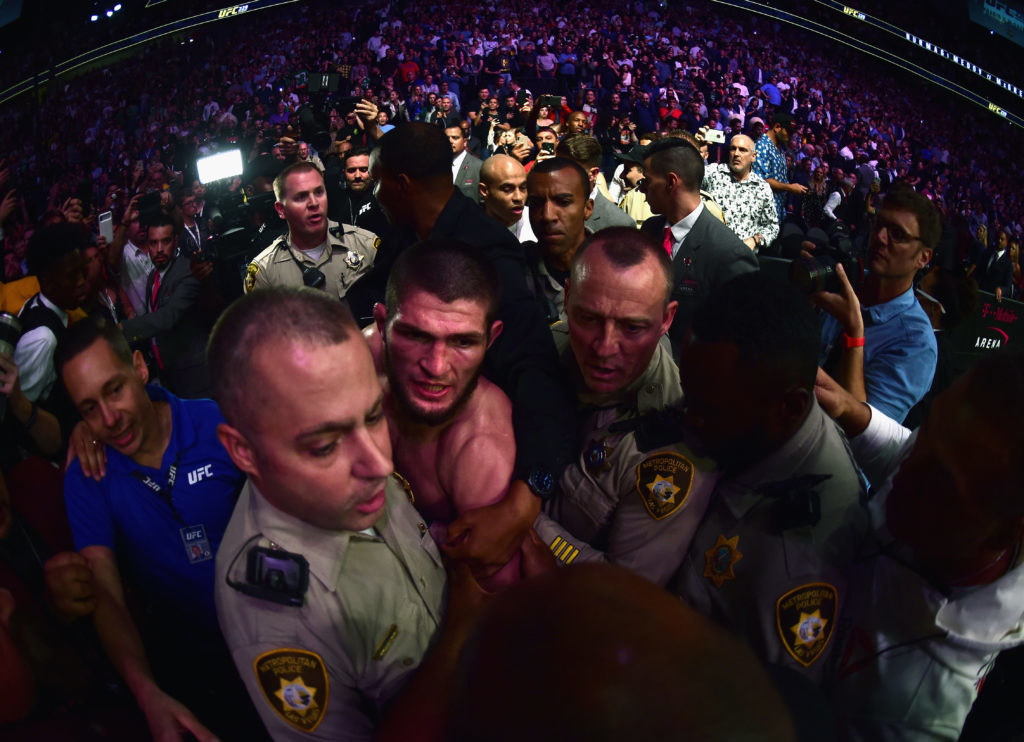 Khabib Nurmagomedov of Russia is escorted out of the arena after defeating Conor McGregor of Ireland in their UFC lightweight championship bout during the UFC 229 event inside T-Mobile Arena on October 6, 2018 in Las Vegas, Nevada. (Photo by Harry How/Getty Images)

Despite being a stablemate of Khabib’s at Dominance Management, Duffy admits he distanced himself from that whole unsavoury episode.

He explained: “I’ve stayed well away from all of that. But that’s the sport and that’s the way they sold the fight. The bad blood was there between them. It wasn’t a surprise with how everything did go down at the end.

“For me, maybe from the UFC’s perspective I’m not the kind of person that is going to try to sell a fight in that way. That’s just not me. I’m very proud to be from Donegal. I just want to represent the Rosses well and all the ones that have supported me from day one.

“When I do look back on it, when I have kids, when I have grandkids; I just want to say I did it my way. I want to be able to show things to my kids and say I was an example. That’s how I’m looking at it.”