CAOIMHIN KELLEHER was Liverpool's hero as the Irish keeper scored the decisive penalty at Wembley as Liverpool won the Carabao Cup against Chelsea.

The 23-year-old was between the sticks for the final as the game went to penalties after a pulsating 0-0 draw.

Despite not saving any spot kicks, neither did his opposite number Kepa, who was brought on specifically for the shootout in the final minute of extra time in place of Édouard Mendy. 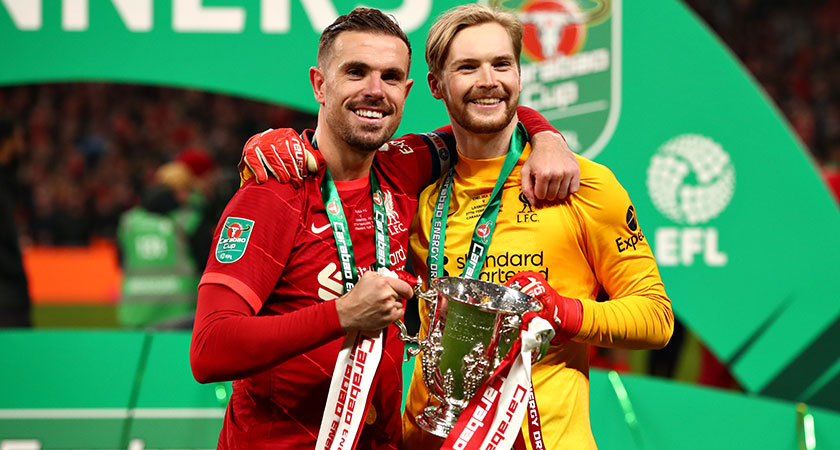 And after all 10 outfield players on both sides had scored their efforts, it was the turn of the keepers, with Kelleher putting his spot kick away before Kepa sent his over the bar as Liverpool won 11-10 on penalties.

The Cork native, who had played in three of the five games in the competition up to the final, was mobbed by his teammates as Liverpool celebrated a first domestic cup win in 10 years.

"It's a mad one, I thought I'd save one," he told Sky Sports after the game.

"All the penalties from the lads were class, I was just happy to score. 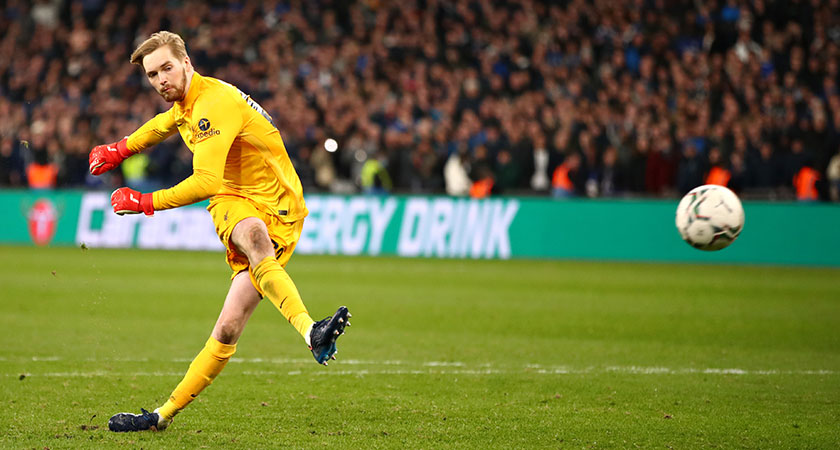 "I think it was more hit and hope!

"I got close to a few but all the penalties were very high quality, thankfully we were able to win.

"I thought we had scored when we got that goal, it was obviously disallowed but they had a few disallowed as well, so I think over the whole game a draw was a fair result."

Kelleher also impressed during normal time in a game that saw four goals ruled out.

First, Joel Matip saw his effort midway through the second half chalked off following a VAR check, which deemed Virgil van Dijk was offside in the build-up and had blocked Chelsea's Reece James.

The assistant referee then ruled out a Kai Havertz effort for offside shortly after as the game went to extra time. 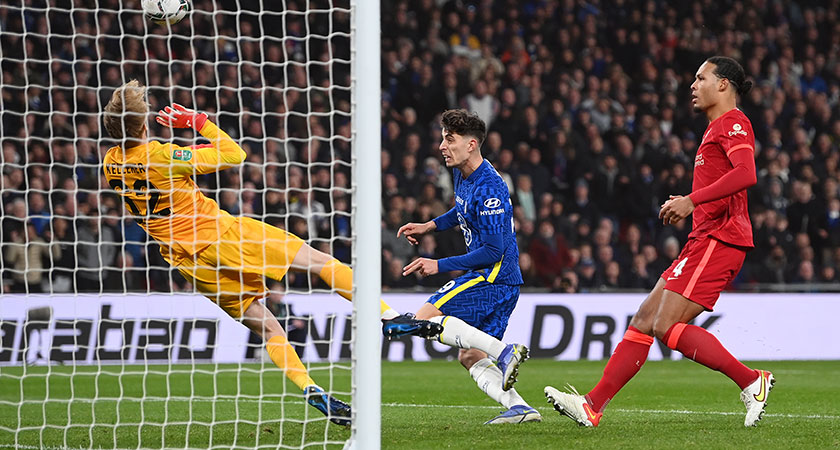 Chelsea had the ball in the next twice in the additional period through Romelu Lukaku and Havertz, but again the assistant referee's flag ruled the goals out.

Kelleher meanwhile made crucial saves at the start and end of the game, denying Christian Pulisic early on before blocking a Lukaku effort shortly before the game went to penalties.

Remarkably, Kelleher has now featured in three penalty shootouts for Liverpool and won them all, despite only playing 17 games for the club.

"I didn't even think I scored the winning penalty!" 🤩

He saved from Dani Ceballos as Liverpool beat Arsenal 5-4 on penalties after a 5-5 thriller in the fourth round of the Carabao Cup in the 2019/20 season.

And in the quarter-final of this season's competition, he denied Luke Thomas and Ryan Bertrand as the Reds defeated Leicester 5-4 on penalties after a 3-3 draw at Anfield.

Kelleher has made two senior appearances for Ireland and has yet to concede a goal for the Boys in Green.

He played the second half of a friendly against Hungary last June, which ended 0-0, before playing the full 90 minutes in Ireland's 4-0 friendly win over Qatar in October.