AIDEN McGeady made an impressive first start for Everton as they progressed to the fifth round of the FA Cup with a convincing 4-0 away win at Stevenage.

James McClean scored his first goal for Wigan Athletic as they defeated Crystal Palace 2-1. The Derry-born winger provided the cutback for the Latics' first goal and then struck the winner late on to set up a fifth round tie with Cardiff City.

Former Republic of Ireland under-21 midfielder Eunan O'Kane  impressed for Bournemouth, despite their 2-0 defeat to Liverpool, while James McClean scored his first goal for Wigan Athletic as they defeated Crystal Palace 2-1.

Elsewhere, substitute Conor Sammon set up Derby’s equaliser in a 1-1 draw with Blackburn that saw Jeff Hendrick forced off injured after just 35 minutes.

Wolverhampton Wanderers moved to within two points of the playoffs with a 3-1 win over Bristol City. Kevin Doyle had to make do with a place on the bench as Wolves beat Bristol City 3-1. Aaron McCarey made some good saves in the Wolves goal.

Jonathan Douglas helped Brentford return to the top of the table, scoring his side's opener as they defeated Gillingham 2-1. 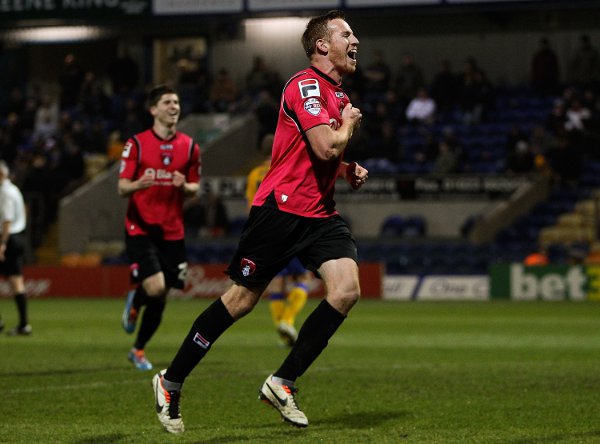 Adam Rooney got his Aberdeen career off to a perfect start

Exeter City’s Jimmy Keohane saw his shot turned into the net by an AFC Wimbledon defender, but the hosts came from behind to seal the win with Alan Bennett having a fine game in defense.

Eddie Nolan also enjoyed a fine run out for Scunthorpe United’s 3-3 draw with Dagenham and Redbridge.

Striker Anthony Stokes missed Celtic’s 4-0 win over Hibernian through suspension, while teenage Celtic defender Eoghan O'Connell made the bench for the fourth time this season.

Aberdeen new boy Adam Rooney got his career off to a perfect start with a goal in a 2-2 draw with Motherwell.

Stephen Kenny has a serious Aiden McGeady issue to address