Ireland winger James McClean is targeting a return against Denmark next month as he bids to shake off an injury sustained on international duty.

The 29 year-old picked up a fractured wrist following a training ground collision with team-mate Stephen Ward just prior to Ireland’s 4-1 drubbing against Wales on September 4.

That loss -combined with the Harry Arter/Roy Keane row- has ramped up the pressure on Ireland manager Martin O’Neill.

But McClean is one of a number of senior players expected to return for October’s Nations League double header against the Danes and Ryan Giggs’ side. 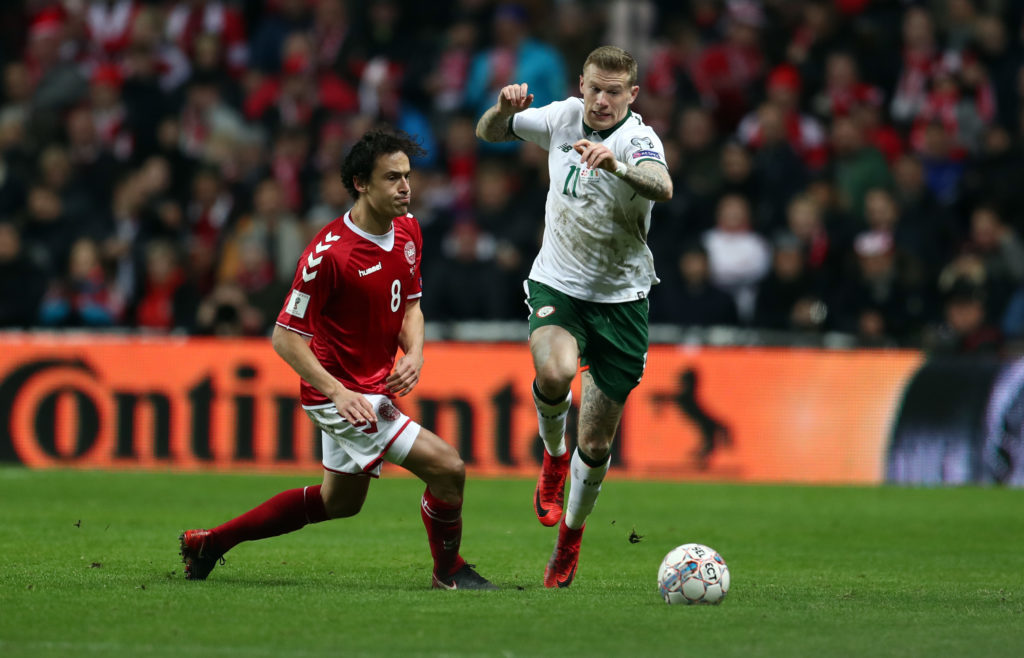 The initial diagnosis was that McClean would be out for at least six weeks, which would have ruled him out of Stoke's last game against Norwich before the international break.

But his response to treatment has been encouraging.

"I'm 10-11 days post-surgery so we're getting there. I start training [Monday], non-contact,” he told Eir Sport.

"They say six weeks but I'm hoping for a lot quicker.

"It's just frustrating but I can't wait to get back playing as quick as possible."

McClean was working as a pundit for Eir Sport at the EA Cup final, where he watched his former side Derry City beat Cobh Ramblers 3-1.

"He thinks he's one of the top players"