IT was the largest tennis event ever staged in Ireland.

Almost 35 years ago, in September 1983,  John McEnroe appeared in Dublin on Davis Cup duty for the USA against Ireland.

And for McEnroe it was a homecoming -of sorts.  With ancestry from Cavan and Westmeath, this tour should have been one to remember for the iconic star.

It was -but for all the wrong reasons.

“I do remember going to Dublin to play a Davis Cup match for the US against Ireland in the RDS in 1983,” he told the Irish Times.

“Someone in the family had found an aunt or maybe a grand-aunt who was still living there.

“All I remember is a 1½-hour car ride from the hotel in Dublin to where she lived, and when she opened the door she just looked at me and said, ‘I always preferred (Bjorn) Borg to you.’”

McEnroe- ranked number one earlier that year- had won the Men’s Singles final at Wimbledon a few weeks previously.

Yet it is his fury at close calls by umpires that he is often best remembered for. 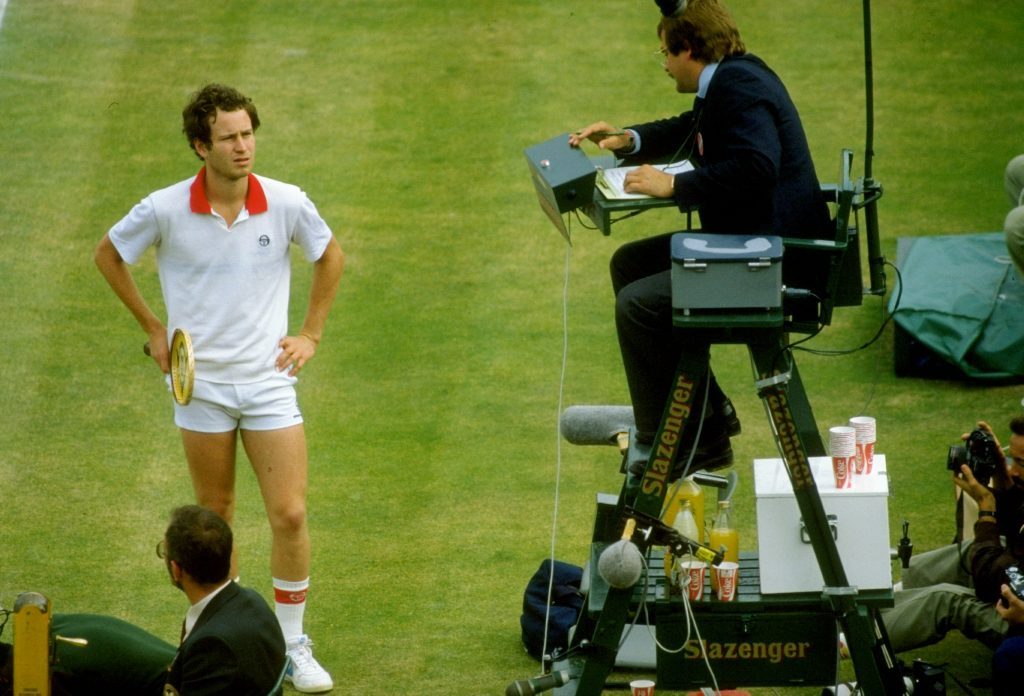 This earned him the nickname Superbrat, and when he arrived on the red-eye flight from San Francisco prior to the fixture, the Irish Independent ran a headline saying ‘Tired Superbrat Sags as he arrives in Dublin.’

Worse was to follow when John Feeney from the Evening Herald ran a story saying McEnroe arrived at his hotel  having spent thousands of dollars on clothes and requested room service to send him a guitar, since his own was lost in transit.

"This is lies from start to finish," McEnroe, brandishing a copy of the paper, screamed during the tournament draw that evening. "This happens to me all over the world, and naturally it annoys me. Who wouldn't it annoy?”

On the court, he fared better, and played a crucial role in the USA defeating an Ireland team lead by Sean Sorensen and American-born Matt Doyle.

"One thing that was understandable, but slightly annoying was how much the home crowd were up for America," Doyle told The Daily Star.

"I'd say America never got a reception like the one they got when they walked out. The Irish were just glad to see great tennis and great players.”