EUROVISON WINNER Johnny Logan has given Dublin's Bohemians a supportive message ahead of their FAI Cup final this weekend.

Bohs take on St Pat's this Sunday at the Aviva Stadium as Keith long side's are aiming to win their first FAI Cup since 2008.

Logan, who is well known for his own success with Eurovison in  1980 and 1987 shared a video backing the club to bring the trophy back to  Dalymount Park.

"Hi everybody, Johnny Logan here. Just wanted to wish Keith and all the boys the very best in the cup final, 13 years....

"I'll be keeping in touch and trying to follow the scoreline the best that I can and I'll be thinking about you all."

Logan then treated fans to an acoustic cover of his famous "Hold Me Now" song, before ending it with UP THE BOHS'.

A little message from Jonny Logan ahead of Sunday’s game 🎤 🔴⚫️ pic.twitter.com/EnxWAQrgAI

Fans of the North Dublin club are no stranger to the song and this isn't the first time the singer has turned up to support them.

Bohemians fans back in 2003 adopted the song as the anthem of Dalymount Park during a European game in Norway in 2003,

Logan would then appear at the ground in 2008, fully decked out in Bohs gear, to serenade the crowd of 3,000 at Kevin Hunt's testimonial.

Keith Long's side face St Pat's this Sunday at the Aviva Stadium at 4.30 pm.

The Gypsies are outsiders for the clash and are priced at 9/5 with their opponents 13/10 favourites for the tie.

Bohemians beat rivals Shamrock Rovers 2-1 in the second round en route to their run to the final while St Pat's dispatched of Dundalk in the quarter-finals.

Star striker Georgie Kelly has spoken about how he reckons it will be a completely different occasion to previous times they played there during their Europa Conference League run which only had 6,000 in attendance due to Covid restrictions.

“A few people have  mentioned that but that’s in front of 6,000 people in a half-empty stadium, when the pressure is off, it made that occasion a bit different. 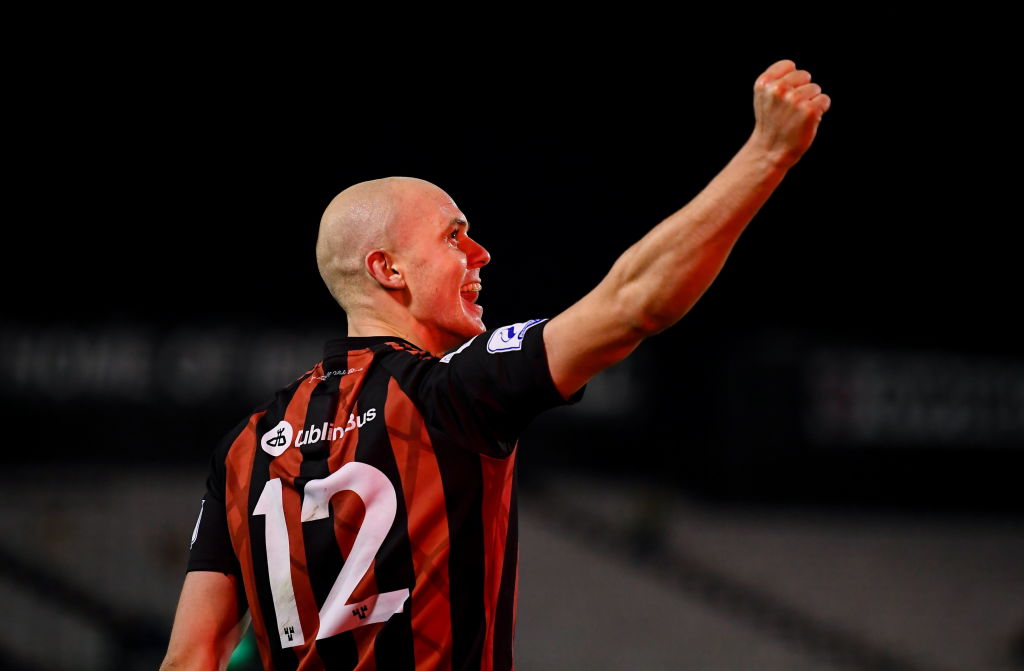