Kellie Maloney on her lifelong battle with gender identity

IN THE busy champagne bar at one of London’s most luxurious hotels sits one of boxing’s most iconic figures.

After a moment, the shoulder-length, golden blonde hair of the former Frank-now-Kellie Maloney swings round.

“I’m Kellie, nice to meet you,” she says with a smile.

Sat with her back facing the bustling bar, located only a stone’s throw away from Buckingham Palace, the London-born son of Irish immigrants introduces her eldest daughter Emma.

It’s a miserable, rainy afternoon, but Kellie appears bright-faced and in good spirits.

The only thing that appears out of sorts is her right leg; she explains as she readjusts her seat that she is suffering from a recent bout of sciatica.

“I learned very quick,” she says proudly, looking over at Emma. “I used to get criticised quite a lot about my make up.”

During the last year the boxing promoter, who led British boxer Lennox Lewis to his first World Heavyweight title in 1992, became one of the most high profile sportsmen to undergo gender-reassignment surgery.

At 62, Kellie has lived a lifelong battle with her gender.

She spent a year-and-a-half living as a woman in her late teens after her parents split, fought depression, attempted to take her own life and lied to those closest to her.

Now Kellie, her face barely recognisable as one of the great boxing managers of the 1990s, reveals that she’s finally found peace.

“I’ve tried to get across the message that we’re all human beings,” she says. “I don’t want to be labelled a transsexual woman, I’ve transitioned.

“All I’ve done is to correct a medical problem I had at birth. If you were born with a hole in your heart or a kidney missing the doctors could see that and work on that as a baby and everyone would say how wonderful it is you can lead a normal life.

“You can’t see the gender issue because it’s in my head and it takes more time to manifest.”

Born in Elephant and Castle and raised in Peckham, Kellie’s mother was from Co. Wicklow and her father from Co. Tipperary.

Her parents were religious, she explains, but not fanatics, and they ran a Catholic Irish club in Peckham during the 1960s. The issue of gender wasn’t a topic Kellie could bring up at the dinner table.

Before boxing, Kellie was on a path to becoming a professional footballer after having a trial at Wimbledon FC.

But when that didn’t work out, and “when [her] parents had nowhere to live in England, when they used to have them signs up ‘no blacks, no dogs, no Irish,” she was sent to Dublin to live with her grandparents, to try her hand at priesthood.

“I only lasted two weeks,” she says.

Years of being bullied at school and the feeling of never fitting in are, however, what eventually led Kellie to discovering her talents in the boxing ring.

“My PE teacher, who was from Northern Ireland took me down the gym and said: ‘If you want to fight Maloney, you do it in here in the ring,’” she explains.

“I told my dad and he encouraged me to take up boxing, he was a sportsman. My parents came to every one of my fights and that’s how my career started.”

Kellie had her plans set to become a professional boxer, but after being given a reality check by a trainer at her gym, she left that dream behind. 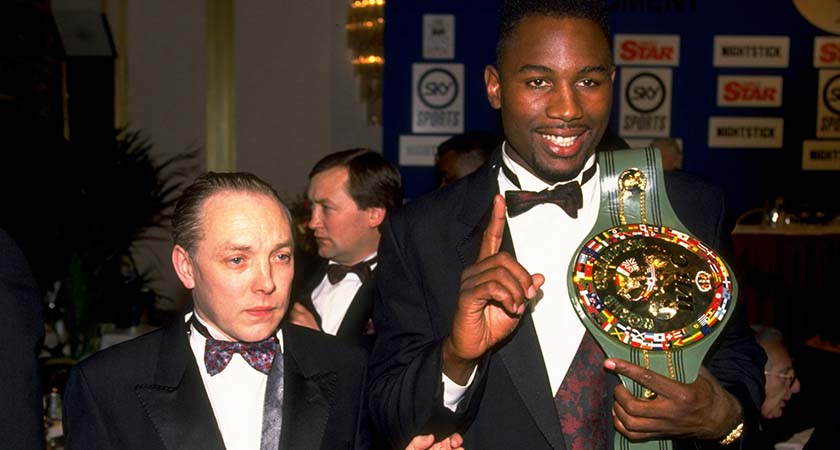 She got her licence at the amateur Trinity Boxing Club in Elephant and Castle, and began training young boxers hoping to become professional.

But things took a turn for the worse after a falling out with renowned boxing promoter Frank Warren in the late 1980s, as Kellie continued to mask her gender insecurities.

She was also struggling financially, and at one point was £100,000 over drawn in the bank as a result of unsuccessfully managing The Castle pub in Aldgate.

But Kellie admits that the challenges she faced outside of boxing only drove her to fight harder for her career.

“My boxing just took over my life, it became the be all and end all in my life,” she says. “In public everyone saw this cheeky chappy who loved being centre of attention, I was described as a wisecrack cockney, but behind closed doors I was a quiet person.

“I surrounded myself with people so I could go out all the time and I drank more than I should have.

“It was a way I could fight what I was going through privately that no one sort of knew. How do you tell your parents in those days that you don’t feel comfortable in your skin, you don’t like the person you are.”

In an attempt to lead what she deems a normal life, Kellie met her first wife Jackie in 1975, with her eldest daughter Emma being born a year later.

Their 16 years of marriage was a happy time, she explains, but things came to a head when they split in 1991.

This was around the time that she was leading Lewis to his first big fight and promoting the subsequent fight between him and Frank Bruno in Cardiff.

He met his second wife Tracy soon after, and the pair married in 1996 in Lake Tahoe.

Again, Kellie managed to convince herself and those around her that she was leading the life she’d always dreamed, with two daughters, a third on the way, and an impressive boxing career behind him.

But after 20 years together the marriage hit a roadblock.

“It was becoming more in me that I couldn’t hold it back,” she says. “I started counselling, no one knew in the family.

“I’d have to tell Tracy that I had speaking jobs or a boxing show, but I was going to weekends where I was meeting up with other people, talking and trying to find out about it all, but all the while fearing that I’d be discovered.

“Our marriage started to crumble, because of me but she started blaming herself. One day in the morning, she heard me crying and came into the kitchen and asked, ‘what’s wrong, why are you so unhappy, what have I done?

Kellie reveals that the most difficult conversation about her transition was with her youngest daughter who was only 12 at the time.

In 2009, as Kellie, still known as Frank, began living more as a woman, she had to visit her dad’s bedside as he lay dying.

“I’m glad I never told him, he died that night. I think that was also a release I needed, I didn’t have to pretend anymore.”

Kellie’s battle with her demons continued, and three years ago on Christmas Day she did the unthinkable.

She overdosed on pills after Tracy refused to give their marriage a second chance.

“I told Tracy what I’d done and she told me I was a selfish b*****d to do what I’d done on Christmas day, and how could my children live with that,” she says.

Kellie went to Maidstone to stay with Emma, her pillar of strength and support, and the first person to see Frank as Kellie. 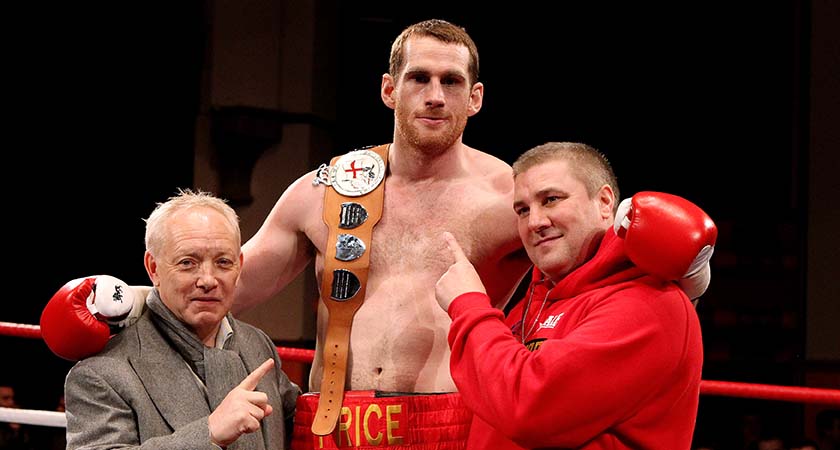 “It wasn’t so much that that affected me,” Emma interjects. “The journey impacted my life quite a lot. For a year I was sort of his main support, everything Kelly went through I was there for it. I don’t think anyone can understand I think you accept it.”

Kellie fondly points out that her transition has given her a new perspective on life, and that her relationship with her daughters has improved.

“I’m definitely closer with them now,” she says. “I’m also more conscious of my weight, and I’m more conscious, I wouldn’t say the most important thing is about what you wear, but I am conscious about my appearance.”

She’ll always be a father figure to her three children, but has Frank gone for good?

“Frank’s gone, but I’ll always keep Frank there, she says, as Emma nods in agreement. “I’ve got pictures as Frank in my house because I have pictures of my daughters. I don’t want them to forget either.

“When I go into a coffee shop or bar sometimes people stare at me. I get a lot of young guys say, ‘you’re Frank Maloney’. I go, ‘yeah I was’. I don’t get into an argument, I don’t want to fight with them.

“If they call me Frank or misgender me I don’t have a problem with that. I’m not militant. I’ve still got a lot of friends that associate me as Frank.”

Far from her heyday as the man who also managed Irish boxers John Feeney, PJ Gal-lagher, Kevin McBride and Olympic medallist Darren Sutherland, Kellie is attempting to make her return.

As Sutherland’s name is brought up again, Kellie’s voice quietens.

She signed him to a three-year contract in 2008, after he won Olympic bronze in Beijing, but half way through the contract he committed suicide.

“I don’t really like talking about it,” Kellie says. “I found him hanging and it freaked me out. I think it sent me on a downward spiral. To this day I still don’t know why he done it.”

It’s not been an easy ride, and stepping back into the male-dominated environment that she was once an integral part of is the next challenge.

“Before I was the top of the Christmas tree now I’m at the bottom,” she says. “I still have the same brain, I do get looks, I’m not sure they take me as seriously as they did Frank Maloney, but as I tell them I’ve not had a brain transplant.

“I still managed a World Heavyweight Champion and put on some of the biggest shows in the world. My knowledge is just packaged in a different wrapper.”

Through trauma and triumph, Kellie’s travelled a remarkable journey.

“I was living a life most people would dream of, for me a boy from Peckham leaving school with no education, but there was something missing and we all know what it was now.”

Frankly Kellie: Becoming a Woman in a Man's World is out now.