LIVERPOOL MANAGER Jurgen Klopp has said that Roberto Firmino's hamstring injury that he picked up is serious and that the playmaker will be out for awhile.

This will mean the Brazalian will have an extended period out beyond the forthcoming international break.

The Brazil forward lasted just 33 minutes as a half-time substitute in the midweek Champions League win over Atletico Madrid before coming off. The No. 9 had replaced the booked Sadio Mane at half-time.

His excellent performances for Liverpool have been a real highlight of Liverpool's season, including a hat-trick in the 5-0 thrashing of Watford.

The 30-year-old has suffered already a hamstring injury this season, having missed four games with a problem sustained against Chelsea in August.

Firmino was named in the Brazil squad to play Colombia and Argentina later this month, but he could now pull out of duty – having also missed the previous two international breaks.

“It is a serious injury. I don't know how long he will be out exactly but more than four weeks - then we have to see.” 🔴 pic.twitter.com/BH3g1UoZyI

"We don't know exactly how long he will be out but it will be not now after the international break directly. We have to work on that."

Defender Joe Gomez (calf) and midfielder Curtis Jones (eye) also missed the Atletico victory and will not be available for the trip to West Ham.

"Curtis is a completely different story; he was very unlucky in training - he got a finger that scratched the eye," added Klopp.

"I had a lot of injuries to players in my career, that was not involved. He is on the way back but we have to see how long exactly.

"And Joey, hopefully after the international break as well." 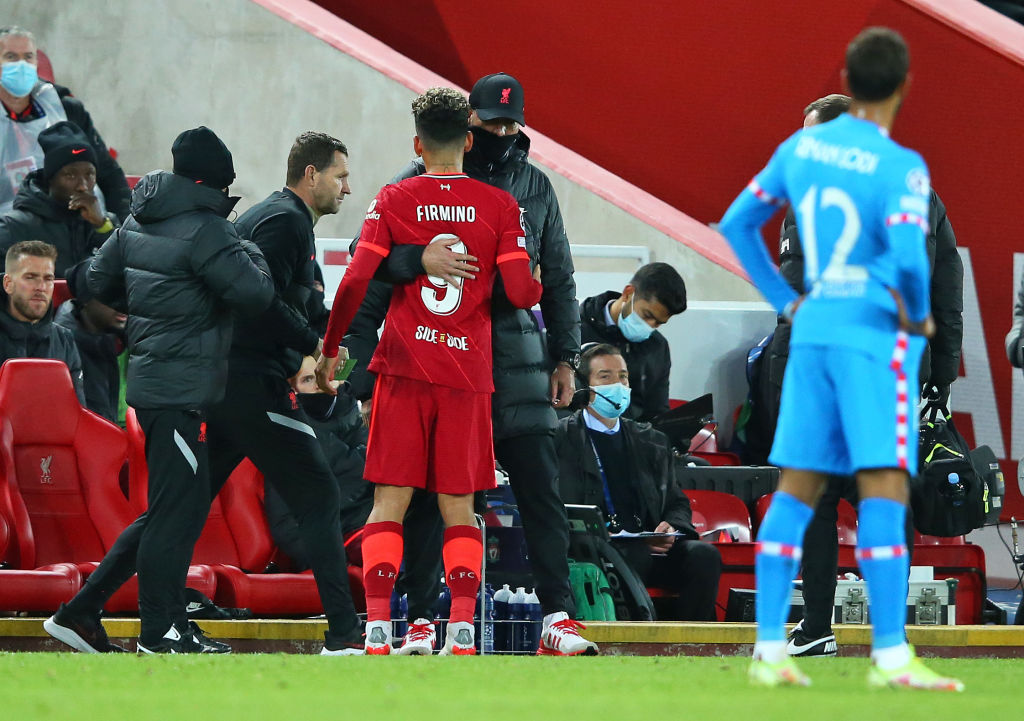