PAUL POGBA has sent Manchester United fans into meltdown by suggesting that he might be looking to leave Old Trafford this summer.

The Frenchman told reporters in Tokyo today that now “could be a good time for a new challenge somewhere else.”

The World Cup winner has been heavily linked with a move to Real Madrid as Zinedine Zidane looks to further bolster his new-look squad after spending over €300 million on signing the likes of Eden Hazard and Luka Jovic.

He’s also been linked with a move back to Juventus - who have today officially announced former Chelsea boss Maurizio Sarri as their new head coach.

“Like you said, there is a lot of talking and a lot of thinking as well,” said Pogba.

“For me I have been for three years in Manchester and have been doing great. Some good moments and some bad moments, like everybody. Like everywhere else. 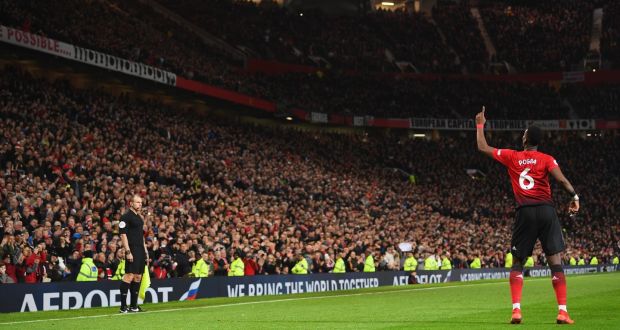 Pogba's time at Old Trafford might be coming to an end ... again

“After this season and everything that happened this season, with my season being my best season as well, I think for me it could be a good time to have a new challenge somewhere else.

“I am thinking of this: to have a new challenge somewhere else.”

Whether this is a ‘come-and-get-me plea’ to his alleged suitors, an indication of Pogba’s discontent with life at Old Trafford, or simply a slip of the tongue from the Frenchman remains to be seen.

Pogba’s time at United has been met with mixed reviews. There are flashes of brilliance, though they’re often lost in a sea of inconsistency and slick haircuts.

He divides opinion with home and rival fans alike, with some seeing the 26-year-old as the key to United’s future and others seeing him as problem-child responsible for a lack of passion and leadership within the dressing room.

Whatever happens, United can ill-afford to slip further away from the title picture. Whether with Pogba in the side or with the money from his sale reinvested in the squad, Ole Gunnar Solskjaer will no doubt want this issue resolved, quickly.