DUBLIN, IRELAND - OCTOBER 12: Callum Robinson of Republic of Ireland scores his sides opening goal during the International Friendly match between Republic of Ireland and Qatar at Aviva Stadium on October 12, 2021 in Dublin, Ireland. (Photo by Charles McQuillan/Getty Images)

FORMER IRELAND international Ray Houghton believes that Ireland are starting to shine under Stephen Kenny after putting in two of their most convincing performances in two days under him.

Ireland followed up the 3-0 win over Azerbaijan with a comprehensive 4-0 over Qatar in the Aviva last night. Callum Robinson took his tally to five goals to two games. 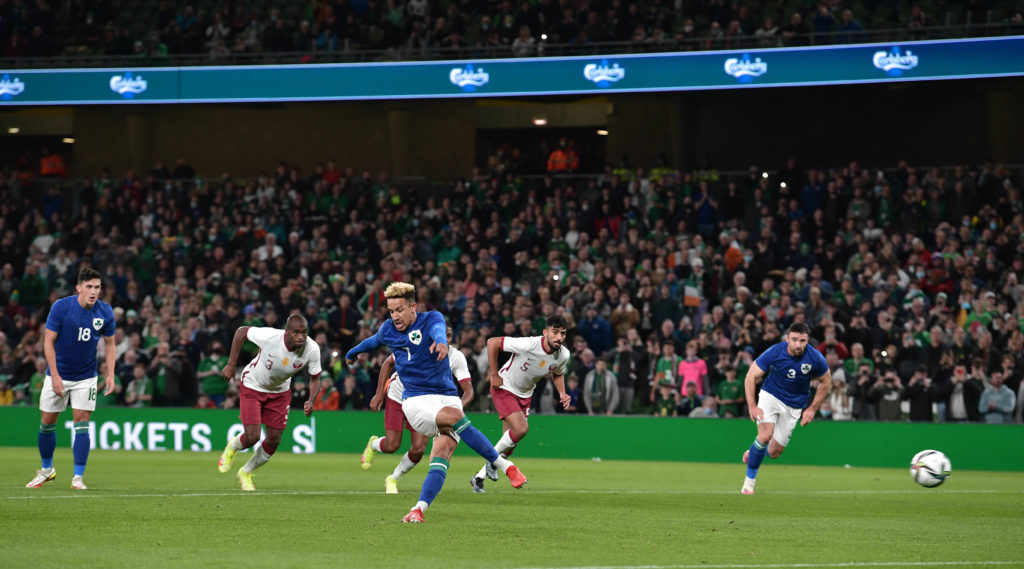 DUBLIN, IRELAND - OCTOBER 12: Callum Robinson of Republic of Ireland scores his sides second goal from the penalty spot during the International Friendly match between Republic of Ireland and Qatar at Aviva Stadium on October 12, 2021 in Dublin, Ireland. (Photo by Charles McQuillan/Getty Images)

"It was refreshing to watch them last night," former international Houghton told RTÉ Sport, adding that he thought the performance was the best Ireland have produced since Kenny took charge last year.

"The attitude of the players was absolutely spot on. A good win on Saturday but a really tough journey home, eight hours, so they didn't have a lot of time to refresh themselves. But they went about it in the right way.

"The passing and movement was good, the decision-making on passing out from the back, which they didn’t do as often as previous games and got the ball forward.

"Everyone is being responsible in possession, everyone looks confident.

"We hadn't been scoring enough goals but seven goals and two clean sheets, that’s what you need.

"You’ve got to build on that now, carry it on to Portugal next month and Luxembourg as well." 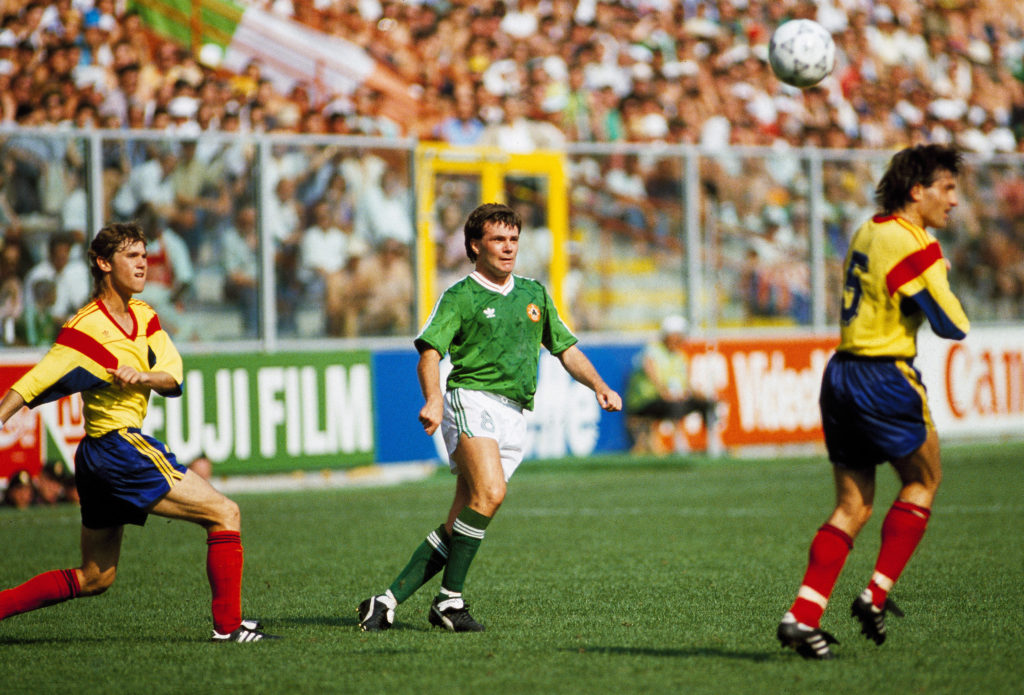 Genoa , Italy - 25 June 1990; Ray Houghton of Republic of Ireland in action against Ioan Andone and Iosif Rotariu of Romania during the FIFA World Cup 1990 Round of 16 match between Republic of Ireland and Romania at the Stadio Luigi Ferraris in Genoa, Italy. (Photo By Ray McManus/Sportsfile via Getty Images)

Houghton highlighted hattrick hero Robinson - the first Irish player to bag a hattrick since Robbie Keane in 2014 - and Jeff Hendrick as the standout performers.

"It's amazing at times how situations like that (the vaccination controversy) spur you on and you start to prove yourself," he said of West Brom man Robinson.

"His all-round game last night was really good. His third goal, he came short, wanting to get involved in the build-up play and realised that it wasn’t for him.

"Then he spun in behind the back line and that gave Hendrick the opportunity to play that lovely through ball.

"His movement for that goal really showed you what a quality striker should be doing. We haven’t seen that anywhere near enough in the previous games but after the win on Saturday, something has clicked."

"Our midfielders were very prominent and obviously in Robinson up front we’ve got someone who’s really on form. Confident and scoring goals.

"It was also the best I’ve seen Jeff Hendrick play in a long time, if not ever, for Ireland. He was absolutely outstanding. His movement was good, he got up close to the striker, won the ball back, and his passing was excellent.

"The one where he set up Robinson for his third goal, that’s the sort of pass that we’ve been missing in the previous games under Stephen Kenny.

"I take into account the opposition were poor but we were very good."

Ireland play Portugal on the 11th of November at the Aviva in a clash that should tell Irish fans more about where Ireland are under Stephen Kenny.

Any excuse to watch this again!