The focus once again in the SSE Airtricity League last weekend was on the chase for European football next season, and Bohemians are now guaranteed one of the remaining Europa League places.

They picked up the point they needed with a goalless draw in the Dublin derby away to St Patrick's Athletic.

It was a backs-to-the-wall display from Bohs at times, especially when they were reduced to ten men just after the hour when James Finnerty was sent off, and Pats will feel they did enough to pick up all three points.

Chris Forrester twice came close to giving Pats the lead in the first half, first when he curled a free kick over the wall which Bohs goalkeeper James Talbot did well to push away. 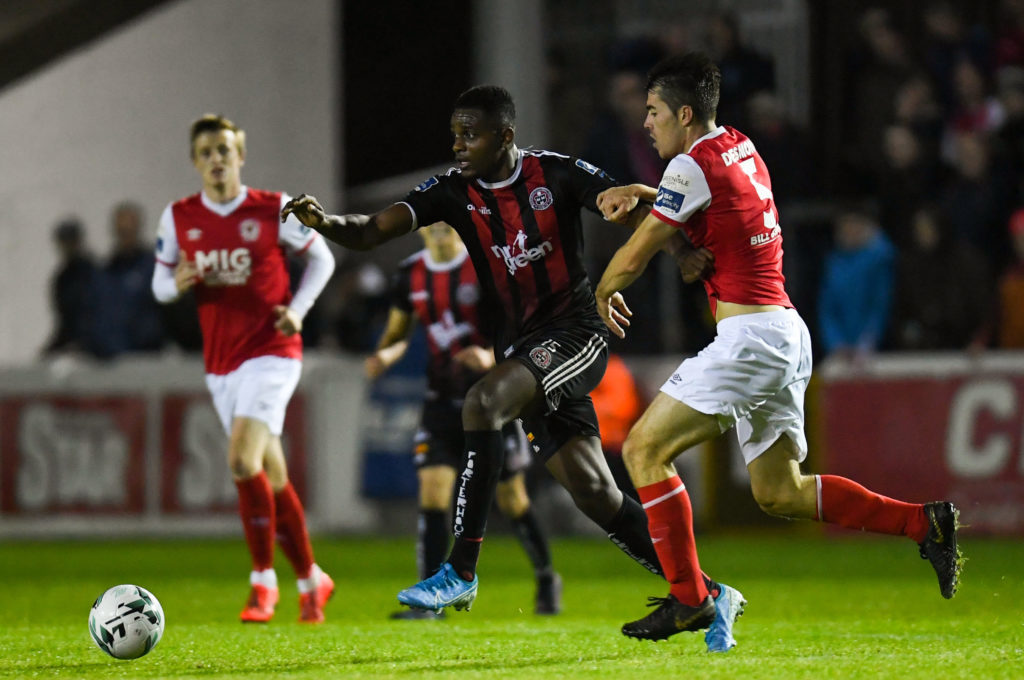 Then, on the stroke of half time Talbot was forced into action again to deny the Pats midfielder with a fingertip save from a rasping 25 yard strike.

Just after the hour Bohs were reduced to ten men when James Finnerty was shown a second yellow card for a clumsy challenge on Gary Shaw.

Pats then introduced strikers Glen McAuley and Mikey Drennan as substitutes, and switched to three at the back in an attacking formation, but Bohs held to get the point they needed, and European football will return to Dalymount Park next year for the first time since 2012.

Derry City put themselves on the verge of joining Bohs in Europa League action in 2020, after their 2-1 defeat of Sligo Rovers at The Showgrounds on Saturday night. 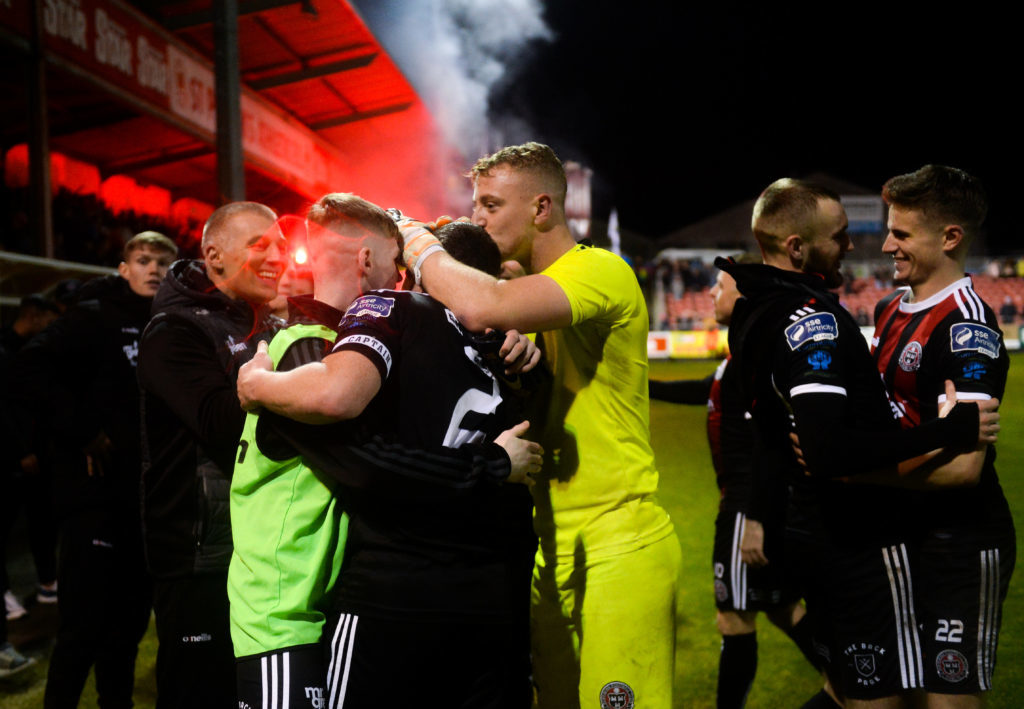 The win meant that the Candystripes needed just one point from their last two games to seal their European place, although they had to come from behind after Lewis Banks gave Sligo the lead in the 13th minute from a David Cawley pass.

Derry hit back and after former Rovers player Jamie McDonagh hit the cross bar with a shot on 20 minutes, he then levelled with a volley from the edge of the box 14 minutes later.

The goal that proved to be the winner arrived three minutes before half time, and was a rather bizarre affair, with a clearance from Sligo Rovers keeper Ed McGinty’s rebounding off Derry captain Barry McNamee and into the back of the net.

The second half offered little in the way of clear cut chances, and City held out for the result they needed.

At the other end of the table, UCD will be playing First Division football after a 3-0 defeat to Shamrock Rovers at the UCD Bowl guaranteed they will finish bottom of the league.

Rovers took the lead on 14 minutes, with Lee Grace heading a Dylan Watts free kick into the centre of the penalty area for Joey O’Brien to open the scoring with a close range header.

The second goal arrived on the stroke of half time, when Neil Farrugia picked up Aaron McEneff’s pass, jinked past two defenders and crossed to the far post where Graham Cummins was on hand to head home.

There was some controversy around Rovers' third goal, when UCD keeper Conor Kearns slipped and injured himself in clearing a back pass which fell straight to Brandon Kavanagh, who ran past the clearly injured keeper to roll the ball into the unguarded net.

That result coupled with a 1-0 win for Finn Harps over Waterford means that Harps are set to feature in a promotion-relegation play-off against either Drogheda United or Cabinteely.

The result came as a welcome boost to Harps as they hadn’t won since early August and the only goal of the game came on six minutes, with defender Joshua Smith heading home his first goal for the club.

Elsewhere, Cork City rounded off their home league programme on a positive note, picking up their second win in succession with a 1-0 win over Dundalk at Turner’s Cross.

Daire O’Connor was the match winner with the only goal of the game on the stroke of half time, slotting home after a fine through ball from Ben O’Brien-Whitmarsh.

Ryan at the ready

However, City had goalkeeper Tadhg Ryan to thanks for keeping them in the game in the second half, keeping out efforts from  Jamie McGrath and Robbie Benson before saving his best until last, keeping out a late efforts from Dane Massey with an acrobatic save to keep the ball out from under the crossbar.

Cabinteely took the lead after five minutes, with Marty Waters collecting a cross into the box from Keith Dalton, taking a touch before firing in an unstoppable shot from outside the box.

Drogheda had the better of the second half, but were denied by a fine display frm Cabinteely goalkeeper Stephen McGuinness.

Chris Lyons came close with a shot off the post, but in the end Jamie Hyland levelled for Drogs with a 25 yarder into the bottom corner of the net.