Roy Keane believes 'that his management days are over'

The Cork native once held the reigns at Sunderland and Ipswich Town once upon a time, but has now become of the faces of British broadcasting for Sky Sports and ITV in recent years.

Keane and fellow pundit Jamie Carragher spoke about going back into management for SPORTbible and was Keane was quizzed if he was in the wrong profession doing media work.

“I did up until recently, but I almost feel, I think, those days are over for me,” the former Manchester United captain said.

“It’s maybe more of a head job that is the role for me and over the next few years I can’t see a club giving me a real good opportunity to get back into it.

But I don’t mind that either.

“I’m not afraid of going ‘you might do TV for the next two or three years’,

I don’t mind that. I count my blessings, because as you know there are a lot of ex-players looking to get back into it.”

"Ultimately, I lost that respect for him at the end when he threw me under the bus" 😡

The pair also also spoke about Cristiano Ronaldo's impact at the club since arriving from Juventus last summer.

Keane defended his old teammate and said the purchase of the world leading goalscorer was a gamble that has worked.

"I think he could have shown more leadership skills, he's been left out and hasn't played all the games, but he's still showed moments", he said

"The Tottenham game, some of the European games, it was worth the gamble. It was a panic, it was a panic."

Carragher went with a different view and said that the Portuguese superstar's body language has left a lot to be desired this season.

I've been disappointed with him this season, not with the goals, but it hasn't gone well for United, and I'd like him to be more of a leader,” he explained.

“I'm not bothered if he gets the odd goal – his goal record is amazing – it's a legendary figure.

Tonight's game is a must win for both United and Liverpool.

United can still make the top four, but have a very difficult run-in with Chelsea and Arsenal to come.

United will have to do this without Ronaldo though, as a statement from the club's website was issued stating that he would miss the game after the loss. 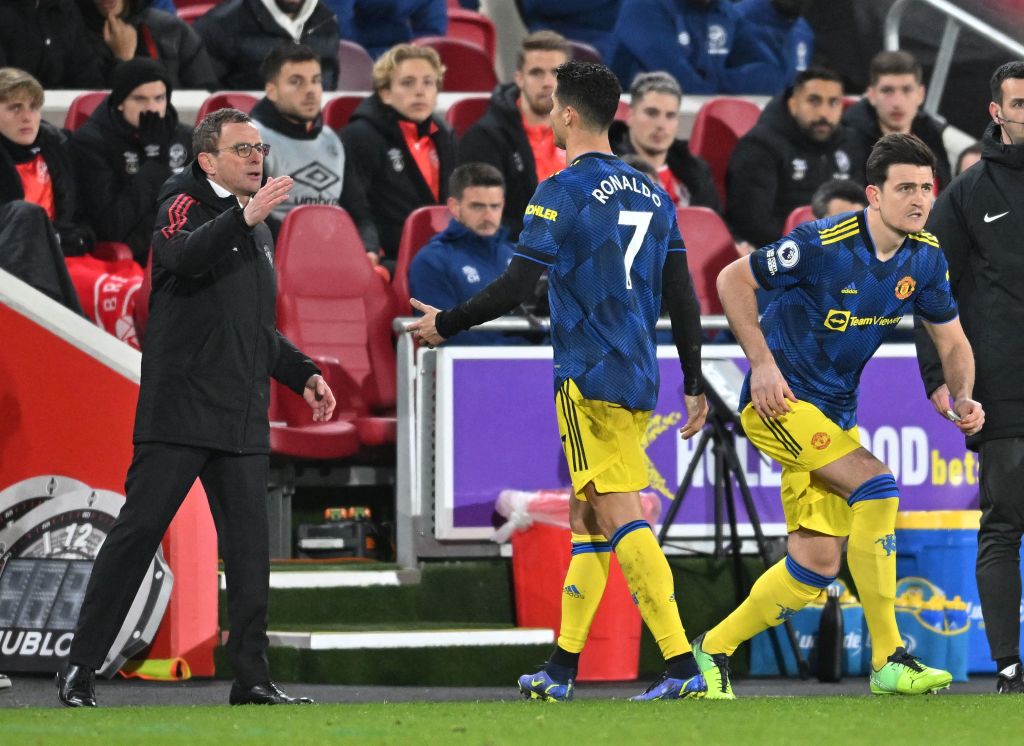