SCOTTISH GAA club Glasgow Gaels GFC have been successful in their application for crucial funding from the Big Lottery Fund and the Awards for All-Scotland scheme.

This funding will help the club, which was formed in 1999, cover pitch hire and quality coaching courses for our newest underage coaches.

The underage structure also continues to expand and go from strength the strength with new age groups such as under 16s being added to the club teams.

The club also hopes to add a ‘Gaelic for Mothers and Others’ section, bringing a social, non-competitive side specifically catering for beginners and former players.

In addition, the club hopes to expand its ‘home-grown’ section by entering a team in the All-Britain Homegrown competition in the coming years.

Funding from the ‘Awards for All’ grant will help our organisation continue to grow and offer outlets for positive community engagement and participation in lifelong physical activity. 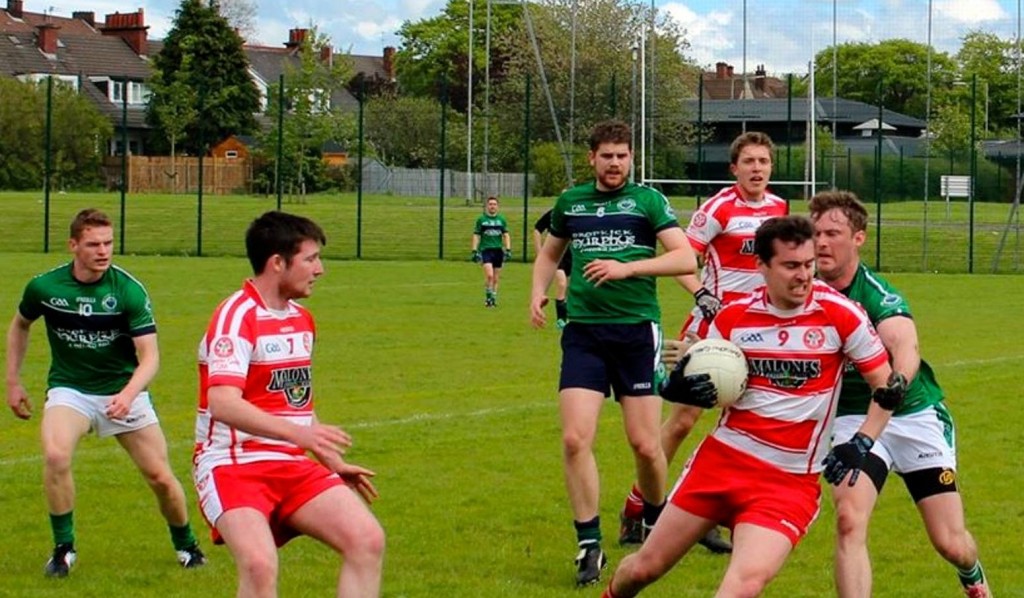 Glasgow Gaels men's team in action [Picture: Jenn Salfen]
The Big Lottery Fund supports the aspirations of people who want to make life better for their communities across Britain.

They are responsible for giving out 40 per cent of the money raised by the National Lottery for good causes and invest over £650 million a year in projects big and small in health, education, environment and charitable purposes.

Since June 2004 they have awarded over £8 billion to projects that make a difference to people and communities in need, from early years intervention to commemorative travel funding for World War Two veterans.

The support given by the National Lottery players will help us to achieve the above ambitions especially as the club welcomes the development of the Clydebank Community Sports Hub, the future home of the Gaels and Scottish GAA.

By: The Irish Embassy in London  -  4 months ago