THE first time Simon Cox walked through the building at Nottingham Forest’s training ground, he had a hunger for lunch not knowledge.

Within an hour, though, his appetite had been sated by a diet of motivational quotes from one of the greatest managers — and almost certainly the greatest personality — that football has known.

It may be 21 years since Clough was a manager — and nine since he was alive — but his legacy remains an integral part of this once-great club which has never truly recovered from his departure.

And their training ground is a shrine to its past, with Clough truisms slapped onto walls in large bold print. “If God wanted football to be played up there, he’d have put grass in the sky.”

In the players’ meeting room, a message says: “Players lose you games, not tactics. There’s too much crap talked about tactics by people who barely know how to win a game of dominoes.”

And further down the corridor, next to pictures of Clough holding the European Cup — a trophy he twice won with Forest, along with the First Division title and four League Cups — Cox reads about Clough’s claims of greatness.

“I wouldn’t say I was the best manager in the business. But I was in the top one.”

Given how Cox is the essence of the modern-day player, this link to history is intriguing.

He isn’t old enough to remember Clough managing — and wasn’t born when the great one was at his peak — yet he has absorbed all there is to know about a man who transformed the club Cox now earns a wage from.

Cox said: “Every day we go in to train, we’re reminded of Brian Clough.

“It is there in big slogans — dotted all around the place, and posted in big, bold letters — for us to read. The man was clearly a genius, winning back-to-back European Cups.

"You come to a football club and you get a sense of what they’re about. Here, though, it’s more than a sense. It’s the knowledge that a tradition was created and it is our responsibility to carry that forward.”

These days it is Billy Davies who has grabbed the managerial baton, and while he has no chance of matching Clough’s achievements, Cox is a believer in the Scot’s ability to at least emulate part one of Old Big ’Ead’s transformation and guide the club up from the second tier to English football’s top league. 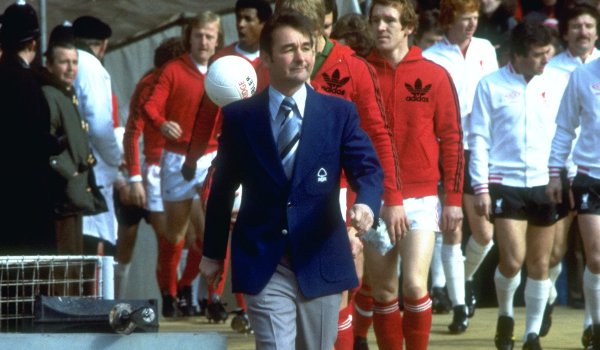 “What I really like about the manager is his ability to motivate you. Anyone can keep a team happy when results are good. But Billy knows how to pick a side up when things aren’t going so well. He finds a way to keep the lads on a high.

“As a player, the last thing you want after a defeat is someone standing there, screaming at you for two hours. With Billy, the sessions — especially those after a bad day — place an emphasis on fun. Without knowing it, we get re-energised.”

Lately, there have been few bad days. A 5-0 win over West Ham in the FA Cup third round followed a hectic Christmas period when wins over promotion rivals, QPR and Leeds, took the Championship’s big spenders into the playoff positions.

Yet they want more than that. The Premier League — a place Cox visited with West Brom — is the minimum requirement.

“When you play for Forest, you’re fully aware of the club’s history and what they’ve achieved. So there is a pressure there to succeed. I like that. I want to be at a club that wants to win things, that isn’t happy to just be stuck in the pack.

“And the spirit we have going here makes us feel we can do something really special this year. Everyone here wants to be back in the Premier League. I’ve been there before, but I didn’t see much action.

“Now I want to get back and prove myself there.”

It isn’t the only return journey he is keen on making. A regular under Giovanni Trapattoni during the last two years of the Italian’s reign, he has since been dropped by Noel King, the interim manager, and thus far ignored by Martin O’Neill. Yet he is hopeful that may change.

“Roy Keane has been a regular visitor here and you’d hope he would see something in me that would persuade them to give me a call-up.

“The highlights of my career have been playing for Ireland. It’s something I’d love to do again.” 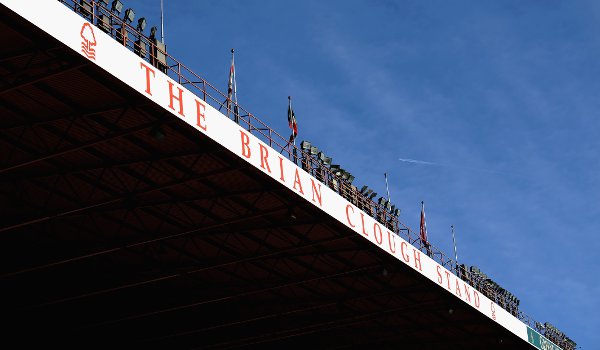 He remembers his first day there, back in 2011. Relatively unknown, he walked into the team hotel as a stranger and for an hour or so, barely said a word to anyone.

That afternoon they trained, and yet still he was no more than a number. That night, though, he became a personality.

The initiation rites with the Irish squad revolve around a new player singing a song after dinner on their first day in camp. Most newcomers hate it.

And while some observers find the discomfort of the vocalist to be a source of fun — “Seamus Coleman is forever getting his phone out and recording it” — others, like Darren O’Dea, have to leave the room. “He just hates seeing guys being embarrassed.”

Yet the process works. “I was so shy until they got me up to sing,” said Cox. “But I watch a bit of X Factor and decided to give it a lash.

I pretended to be serious and they could all see I was having a laugh and by the time I hit the chorus of You’ve Lost That Loving Feeling, they had all joined in and were cheering me along. There and then, I went from being a stranger to feeling part of it.”

Not being a part of the squad now is hurtful, though. “I’d love to get back there.” Plus, he wants another taste of the Premier League.

“This time I’d be more prepared for it. When I look around the dressing room now I see that I am a wee bit older than some and know I have been through the tough times and come out the other side. The years are ticking on.”

But his best ones, he believes, are still ahead.