Six Nations: Ireland's Eimear Considine is in a confident mood ahead of the Welsh game

Dublin , Ireland - 12 November 2021; Eimear Considine of Ireland during the Autumn Test Series match between Ireland and USA at RDS Arena in Dublin. (Photo By Brendan Moran/Sportsfile via Getty Images)

IRELAND FULLBACK and winger Eimear Considine has no doubt that 'they'll break down that Welsh defense at the weekend', and that Ireland will get their Six Nations campaign off to a flier this weekend.

Considine made debut for the national side in 2017 and since gone on to play 18 times for her country.

She will get the chance to increase her tally thanks to Greg McWilliams decision to play her at fullback tomorrow.

Considine believes Ireland have it takes to topple the Welsh this weekend with a new system under new coach McWilliams.

The 30-year-old spoke to RTÉ Sport this week and said,

"It's so exciting to be playing in another Six Nations again. There's a lot of new changes, a lot of new faces and a whole new system," she said.

"We are absolutely excited to get the ball rolling on Saturday against Wales in the RDS."

Opening up further on it, she also added.

"It's just playing with a lot of energy and everyone's an option. It's allowing the players that we have to show off their skills, to show off the talents that they have. I'm really excited for us to really go out there and implement it.

"If we do and focus on ourselves and focus on what we're about, there's no doubt that we'll break down that Welsh defense at the weekend."

Ireland have three new debutantes tomorrow and the Limerick women gave her own bit of advice to them,

One of them is Aoibheann Reilly, who starts at scrum-half.

"Any advice is to enjoy it. We play the sport for fun. We're professional in how we act but at the end of the day we play this game for fun," she added.

"You don't get a second chance at a first cap so go out there and show (what you can do).

"We've seen the girls training here week in week out, we've seen them play in club and interpros, with the Irish sevens team and we know the skills and talents that they have, so it's just to go out and prove what we already know to the outside world, to the media and to other countries that we have some phenomenal new players coming through." 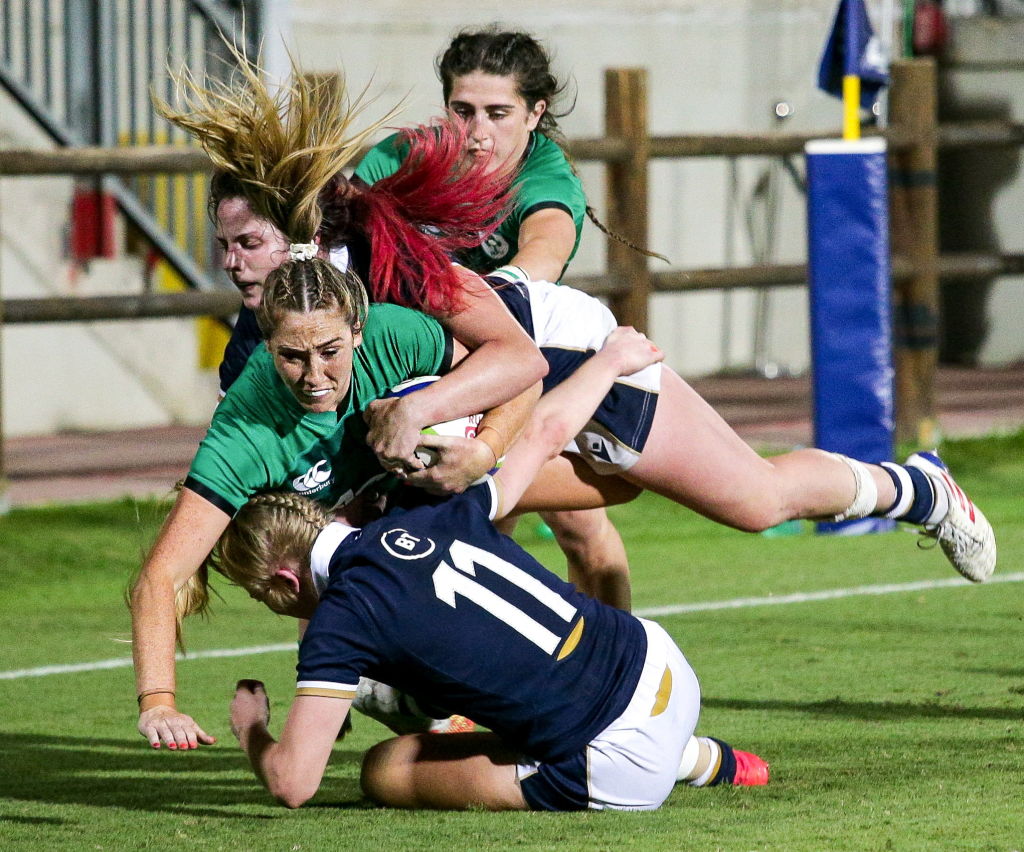 Ireland play Wales at the RDS on Saturday at 4.45pm