THE TEAM of the Year in World Rugby has been announced and it's come with a few inclusions and exclusions. Ireland's Tadhg Furlong is the only Irish player to make the team despite Ireland having a stellar Autumn Nations Series last month.

Furlong's inclusion comes as part of World rugby's week-long sprinkling of accolades in the sport.

The Wexford native makes up one of Rugby's global governing body's dream 15.

Other awards have also been announced such as Breakthrough Player of the Year [New Zealand's Will Jordan] and Best Try [Damian Penaud, France vs. Scotland], and the dream team is the latest to be released. 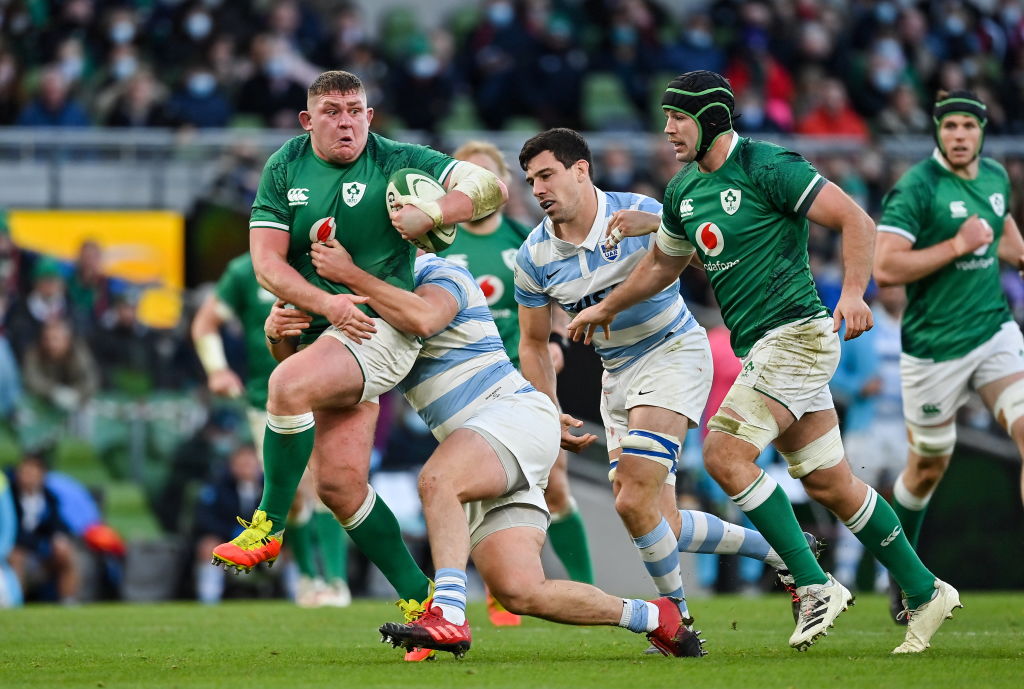 South Africa dominate the team despite losing to England last   Marx, Ben Etzebeth, Siya Kolisi, Makazole Mapimpi, Lukhanyo Am make up a strong array of SpringBoks players. The rest are made up of three All Blacks, two Wallabies and one apiece for England, Wales, Scotland, France and Ireland.

Irish fans would have argued that Tadhg Beirne included a mention, but Maro Itoje and South African Eben Etzebeth leave little room for debate for their selections.

Samu Kerevi and Lukhanyo Am are in midfield, with Makazole Mapimpi, Will Jordan and Scotland's Stuart Hogg rounding out the backline.