Griffith College Templeogue have a Dublin derby against Killester to contend with, head coach Mark Keenan is looking for a response following their InsureMyHouse.ie Pat Duffy National Cup exit at the hands of NUIG Maree, a game which they lost 85-83.

“I’m looking forward to our first home game of the season in Nord Anglia against Killester. Killester have hit some great form in their last few games and are a very talented and experienced side. We will be looking to bounce back to form after last week’s Cup game.”

Brian O’Malley, Killester head coach added: “We're looking forward to the weekend, Templeogue are always a massive challenge and we've had a number of back-and-forth battles down through the last few years. 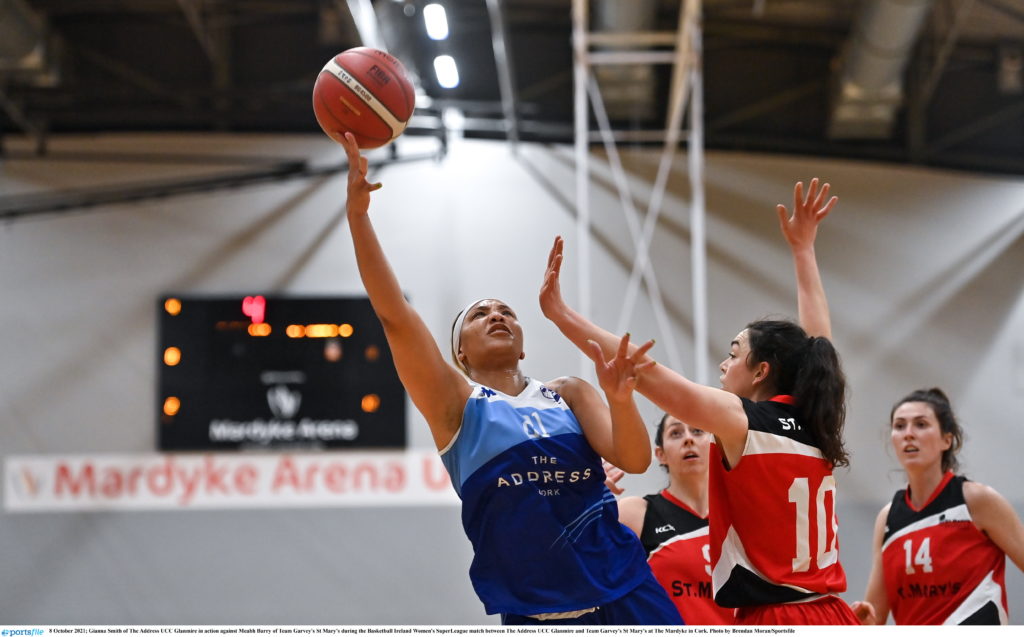 NUIG Maree have picked up just a single league win so far, next up is Garvey’s Tralee Warriors. “Again we’ve got a massive game this weekend. No more than when we played Neptune and Ballincollig, they’re going to be a very tough team. They dispatched of Ballincollig last weekend and are unbeaten for a reason.

“The lads put in a great shift last weekend for the majority of the game. But they’ll have to match that, or even better it, again this weekend against this opposition. The guys have trained hard again this week and with the tremendous support we’ll have in the Kingfisher we hope to put on another good performance.”

Garvey’s Tralee Warriors were 74-66 winners over Tradehouse Central Ballincollig in the InsureMyHouse Pat Duffy National Cup last weekend, John Dowling thinks his side are in for a testing encounter in Galway.

“It will be a tough game for us on the road, they have been competitive in every game they have played and last weekend beating the Cup holders (Griffith College Templeogue) just shows how good they are. 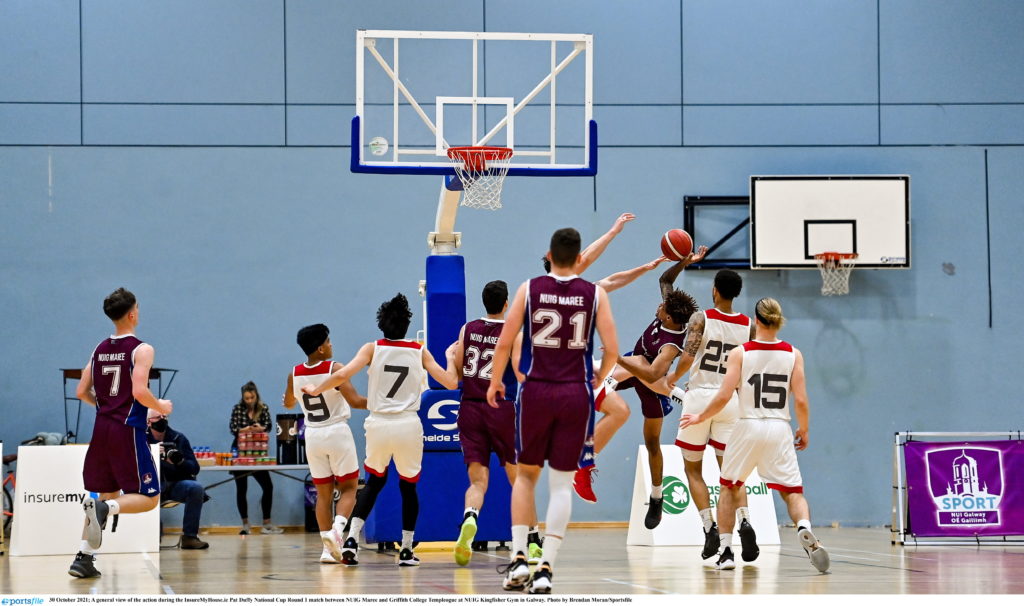 30 October 2021; A general view of the action during the InsureMyHouse.ie Pat Duffy National Cup Round 1 match between NUIG Maree and Griffith College Templeogue at NUIG Kingfisher Gym in Galway. Photo by Brendan Moran/Sportsfile

“We are looking forward to getting back to the league this weekend. We have huge respect for Moycullen, their culture of developing players, coaching philosophy and a tough game on Sunday is guaranteed. We are under no illusions that this represents a serious challenge and one we have being preparing hard this week. We want to maintain our unbeaten league record.”

Moycullen head coach, John Cunningham is hoping lessons have been learned from when they faced the same opponents in pre-season: Sunday will tell how far we’ve come. We’re hoping for a good turnout and will be pushing hard for a win to get us off the mark.”