THE recent accounts of Celtic fans at Fir Park concerning broken seats and pyrotechnics resulted in Celtic suspending 128 supporters while 250 season book holders from the Green Brigade's section 111 have been relocated to other parts of the ground.

Five Celtic fans were subsequently arrested in relation to the £10,000 pounds worth of damage. Celtic's ultras did take some responsibility but distanced themselves from the incident by suggesting fans outside the group were the cause.

While Neil Lennon has been a public supporter of the Green Brigade he had this to say last week: “It’s just the last six to eight months there has been a rogue element. They set a different agenda and influenced other people into following that agenda.

“I don’t like to see flares and smokebombs. I don’t think they bring anything to the game and obviously the damage done at Fir Park is not like us."

During the Martin O'Neill years and prior to the Green Brigade, the rumble, passion and atmosphere at Celtic games was overwhelming.

The charismatic Irishman was arguably the most popular manager since Jock Stein, at the time Celtic were mesmerising against a strong Rangers team and the best of Europe. Not since the Lisbon Lions had Celtic been so compelling on the European stage. 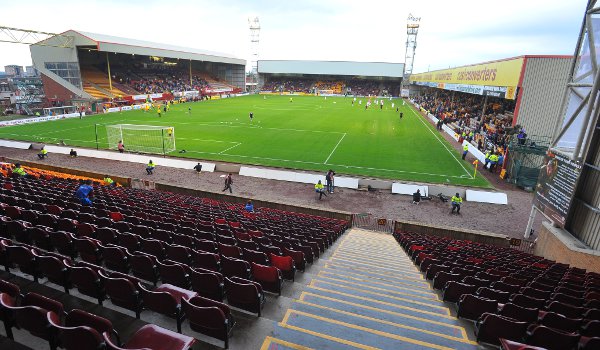 In the aftermath of O'Neill and Celtic's talismanic striker Henrik Larsson the atmosphere slumped, many fans didn't feel Gordon Strachan was the right fit.

It was during that period the Green Brigade first emerged transforming an inertia that had set in amongst supporters. They publicly celebrated Celtic's optimum moments, it's heroes, a shared sense of identity and social history in various tones and styles.

In doing so they reclaimed an energy that was lying dormant, for a time they made us all stand together and helped Celtic navigate through choppy waters.

I've written previously about the many positive aspects the Green Brigade espouse, they are worth further contemplation. Throughout European football racism and the far right is never far away from news headlines.

Last year the tournament was moved to Barrowfeild, Celtic's historic former training ground. The G.B also alerted others to the plight of a Palestinian football player on hunger strike (Mahmoud Sarsak) and the persecution of Palestinian professionals by the Israeli government-a value they shared with Uefa. 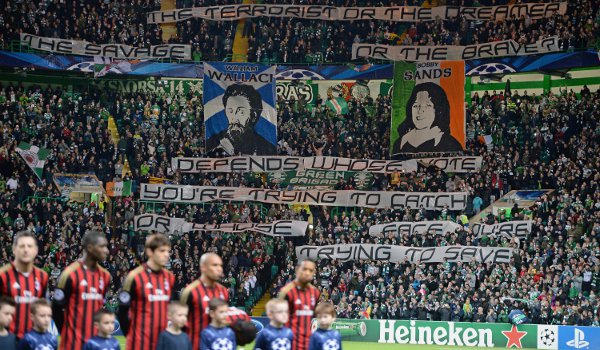 Three members of the Green Brigade along with a larger number of Celtic fans travelled to Kibera, the largest urban slum in Africa earlier this year where they highlighted the charitable nature and roots of the club.

Members have also been vocal in stressing Celtic's failure to pay its staff the living wage.

The talent, organisation and effort that produced displays such as those against Barcelona over the last two years and hearing "Come on you boys in green" resounding from all four corners of the stadium are just two examples of how the Green Brigade have represented Celtic and added to an already prosperous fan history.

They have been a powerful weapon in Celtic's armoury. There are calls for them now to be ignored by the Scottish press where they have been utterly demonised.

But surely there still has to be a wider dialogue between Celtic and all of its supporters? Perhaps the club should consider creating a forum allowing the support a voice and opinion amid the present media maelstrom.

There needs to be communication, concession and charity between the Green Brigade and fellow Celtic supporters about what shared ideals best represent all at Celtic Park . 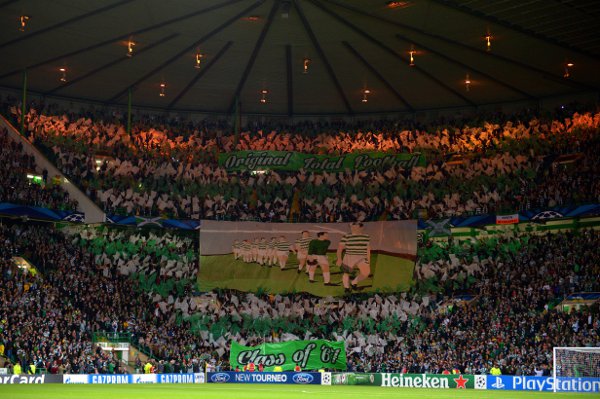 The Green Brigade have helped to bond everyone in the past and along with fellow supporters, they have left opposition teams slack jawed entering Paradise.

Incidents such as the "F**k Uefa" streamer, the fireworks let off during the Cliftonville match and recent well publicised divisive banners have all worked towards turning Celtic supporters against the group.

If you were to add up the combined fines of these incidents and others over the last few years Celtic have shelled out close to €100,000.

It should be said that fan behaviour in Scotland invites wider analysis, it's worth deliberation that the Green Brigade have never been implicated in organised violence or running battles in the streets.

In Scotland comment, observation and news information on the supporter behaviour of other clubs is vastly under-reported. Earlier this year there was street fighting outside Tynecastle between Hearts and Hibs fans.

After an Orange Parade in Edinburgh, Hibs fans battled it out with Hearts and Rangers fans to the backdrop of a bustling afternoon in the capital.

Many Celtic fans feel threatened and in fear of their safety attending the Hearts v Celtic fixture at Tynecastle such is the visceral hatred, often of a sectarian and anti-Irish nature reserved for ordinary Celtic supporters.

Do these clubs face the same level of scrutiny and culpability over these incidents as well as fines as Celtic will in Scotland?

To quote the idiosyncratic rock n' roller Neil Young: "There's more to the picture than meets the eye."

Richard Purden is the author of "We Are Celtic Supporters" and "Faithful Through and Through."