THE DAILY mail have reported this morning that Nuno Espirito Santo has been sacked by Tottenham after the 3-0 defeat to Manchester United on Saturday.

The loss has compounded Spur's misery under Nuno and has now resulted in his dismissal.

Manchester United who were under immense pressure from fans and media after the 5-0 drubbing at the hands of arch-rivals Liverpool swept aside Spurs with ease.

This was a successive league defeat for Spurs and the club’s fifth from the opening 10 matches of the Premier League season. Only four clubs have conceded more goals than the 16 Spurs have. The only clubs with a worse goal difference are in the relegation zone.

Nuno after the game said,

"We are not on the right track. This season is part of football. The fans suffer when you're not performing well. They have shown they're not happy. We keep on trying."

Vitesse Arnhem on Thursday night was Nuno's next test. Spurs will now have Ryan Mason come in for a second stint as caretaker boss. He held the post when Mourinho was sacked last season.

Nuno's boring and cowardly approach has annoyed the Spurs fanbase,

The rumours of Antonio Conte have popped back up. Due to Spur's refusal to bow to the Italian's demands and the lack of ambition that may not be an option again this time.

The former Chelsea boss is reportedly keen to manage Manchester United, but Solskjaer has at the very least bought himself time. 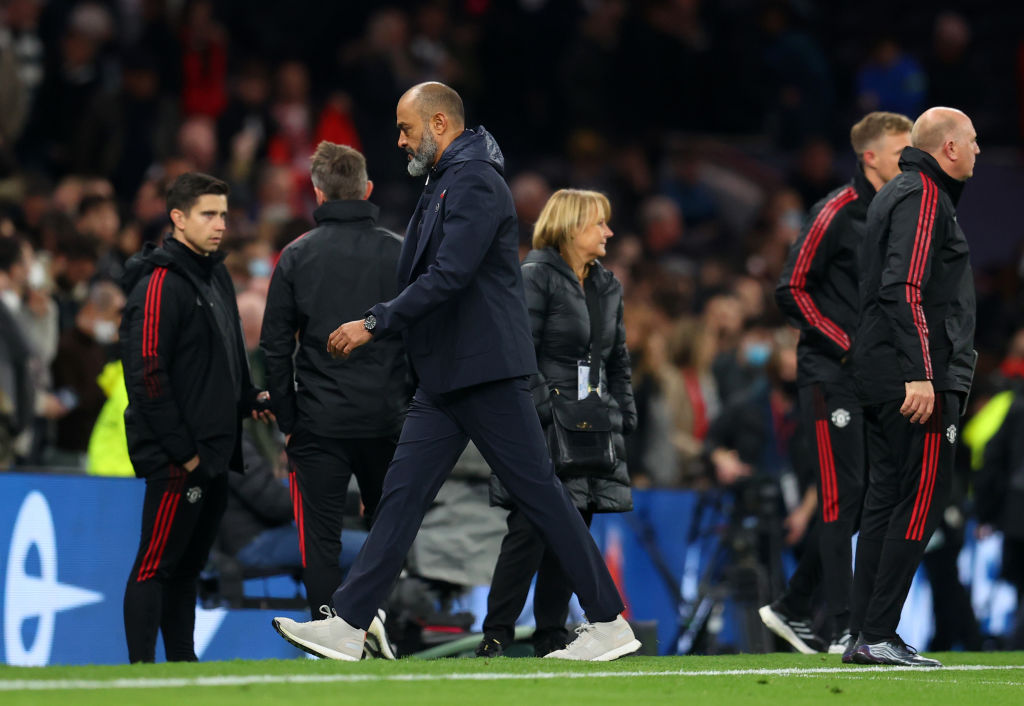