ULSTER Rugby and the IRFU have issued a statement after their players Paddy Jackson and Stuart Olding were found not guilty of raping a woman in Belfast.

Jackson, 26, and Olding, 24, were unanimously acquitted by a jury of eight men and three women at Belfast Crown Court this afternoon.

After three hours and 45 minutes of deliberation, Jackson was also found not guilty of sexually assaulting the then 19-year-old woman at his home in June 2016.

The rugby stars' friends Blane McIlroy, 26, and Rory Harrison, 25, were found not guilty of exposure and perverting the course of justice respectively.

The IRFU said they will review the case internally following the end of legal proceedings, with Jackson and Olding remaining suspended until the process concludes. 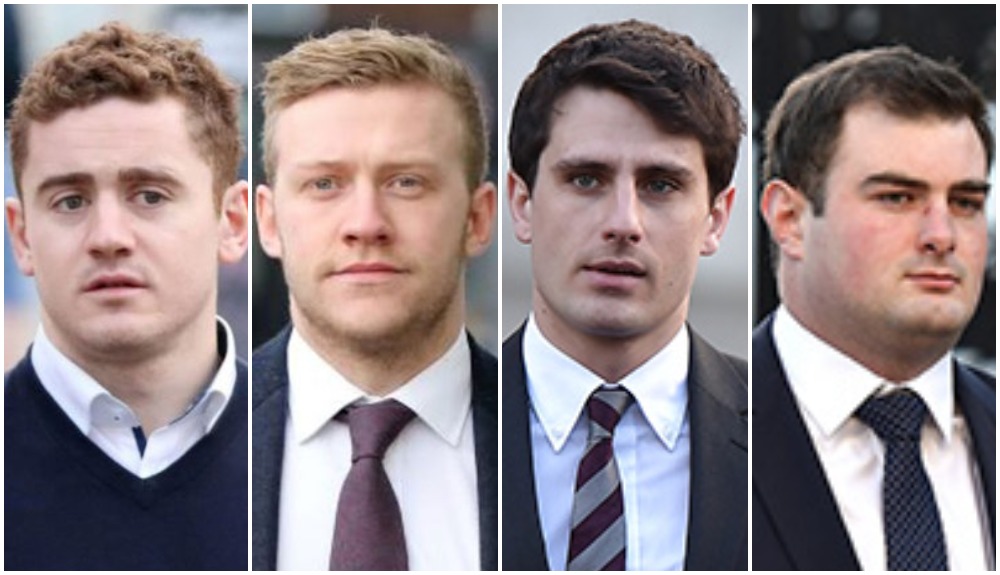 "The IRFU and Ulster Rugby note the verdict handed down today at the Belfast Crown Court in relation to the case brought against Paddy Jackson and Stuart Olding," they said in a statement.

"We wish to acknowledge that this has undoubtedly been a difficult and extremely traumatic time for all involved.

"To respect the judicial proceedings, the IRFU and Ulster Rugby postponed any internal review of the matter with the players, until the proceedings concluded.

"IRFU and Ulster Rugby officials will review the matter, in line with existing procedures for all contracted players. A Review Committee, made up of senior representatives of the IRFU and Ulster Rugby, has been appointed and will conclude its review as soon as practicable.

"The players will continue to be relieved of all duties while the Review Committee is in process and determining its findings."

This is the statement from the IRFU and Ulster Rugby. pic.twitter.com/qVdHjOvpqu

Speaking outside court following the verdicts this afternoon, Paddy Jackson's solicitor thanked the jury for making a "common sense" decision.

Brendan Kelly QC said: "We're grateful to the jury for reaching what was a common sense verdict of not guilty on all counts.

"Paddy has been consistent in his denials and in his account, consistency had never been a feature of the complainant's evidence long before she entered the witness box, so these acquittals should come as no surprise to anyone.

"Paddy leaves court for the last time today as he entered it almost 10 weeks ago, an innocent man".

He added: "The prosecution made much of a perceived privileged position, provided by virtue of Paddy being an international rugby player.

"We say that it was this very status of a famous sportsman that drove the decision the decision to prosecute in the first place."