NESTLED in the beautiful countryside of Cork lies an historic country house which is bursting with personality.

Located in Fermoy, Ballyvolane House is something of a hidden gem.

Originally built in 1728 by Sir Richard Pyne, a retired Lord Chief Justice of Ireland, the building was designed in the classic Georgian country house style with three storeys.

In 1872 it was pulled apart, with the top storey removed, leaving a two-storey house rendered in Italianate style, with an extensive west end wing.

In 1953 the house was bought by the late Cyril Hall Green and his wife Joyce and it remains in the Green family today.

After being passed on to Cyril’s son, Jeremy, who ran it as a mixed tillage and dairy farm until the mid 1980’s, it became one the founding members of the Hidden Ireland group -  an association of town and country houses across Ireland which offer a unique and exclusive style of accommodation, chosen for their architectural merit and interesting characteristics.

Jeremy and wife Merrie ran the country house guesthouse until January 2004, when the reins were handed to his son Justin and his wife, Jenny who continue to run the house today. 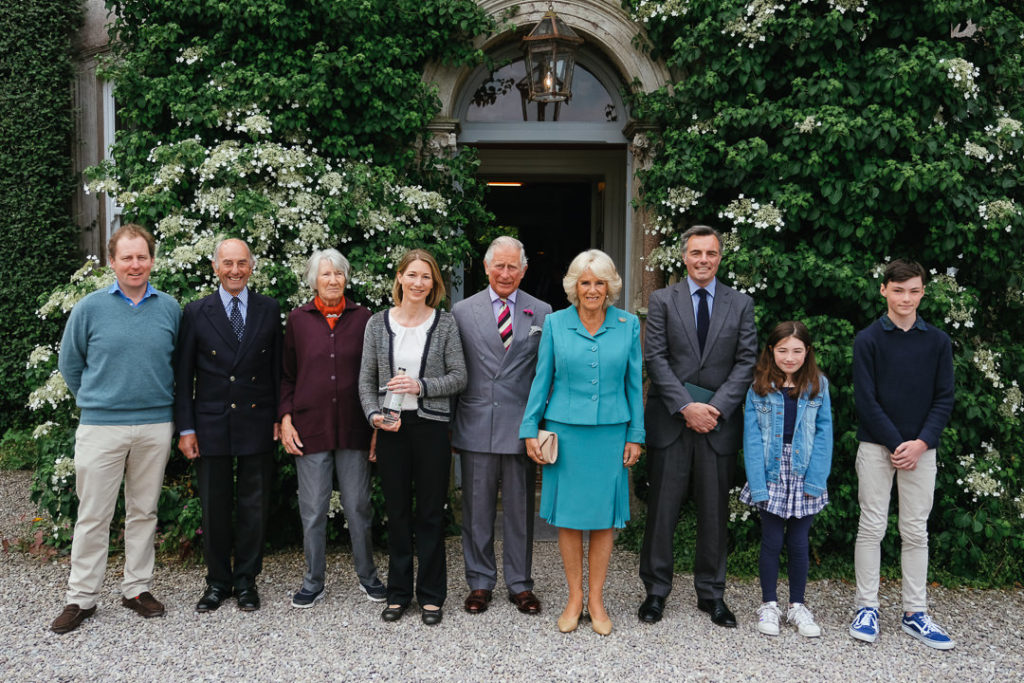 The Royal visit to Ballyvolane House

It was Justin and Jenny at the helm in 2018 when Prince Charles and wife Camilla selected Ballyvolane as their hotel of choice during an official visit to Cork.

And it was the ever so welcoming couple – and their gorgeous dogs – who made us feel entirely at home when we visited, before the Covid-19 lockdown.

As lockdown restriction begin to lift, here are our top six reasons why you should put a stay at this hotel on your travel bucket list…

The intimate yet luxuriously decorated Ballyvolane House is a country home at heart. It is lived in by owners Justin and Jenny and their family, so when you arrive you are simply treated like family friends who are over for a visit – with all the stops pulled out, of course. There are only six guest bedrooms in the main house, one of which was assigned to us during our stay, but there are plenty more places where you can lay your head in its extensive grounds – as the venue offers a seriously stylish Glamping package. 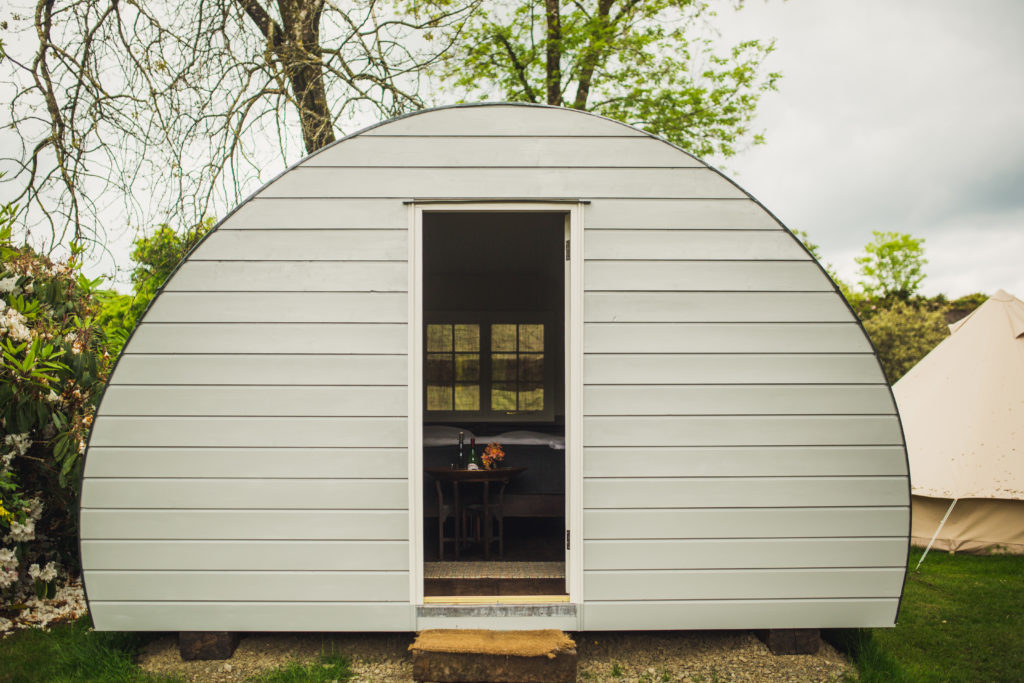 A seriously stylish 'Glamping' package is available at Ballyvolane

To extend the family feel further, the hotel’s evening meal is a communal dining experience. Informal and relaxed, each night boasts a sumptuous four-course tasting menu. You can take it ‘house-party style’, with other guests around the main dining table, or there are separate tables which you can sit at too. Either way dinner is served at the same time for everyone and there is a truly social feel to the whole event. We, having our three children with us, sat separate to the main table but were just as involved in all the fun and quickly became acquainted with our fellow hotel guests.

With dinner such an integral part of the Ballyvolane experience – they themselves describe it as a “ritual not to be missed” – it’s no surprise they are dedicated to getting their culinary offering just right. Firstly, they try to use as many ingredients from their own well cultivated grounds as possible. This includes Ballyvolane’s walled-garden, farm, river and from the local area. They rear their own rare-breed pigs too. But as they are situated in county Cork, there is an abundance of fantastic artisan food producers close by. Their beef, lamb and mutton comes from Fitzgerald Butchers in Fermoy and Michael McGrath in Lismore, fish and shellfish comes from O’Connell’s Seafood in the English Market and from Ballycotton Seafood in Midleton, while their bacon, sausages, black and white puddings and loins of bacon all come from Caherbeg Pork Ltd in Rosscarbery. And let’s not foget the artisan cheeses – which come from all over Cork, Waterford and Tipperary, with the odd gem from France.

Now there are hotels which say they are child friendly and then there are hotels that truly make friends with your children. Ballyvolane is the latter. Once there our three children – aged 4, 3 and 1 – were made as welcome as any other guest. At afternoon tea, dinner and at breakfast they were always made a fuss of. They loved the open space of the grounds, and the walk through it – which brought us up close and personal with the house’s two donkeys, who they quickly endeared themselves to by offering up the apples that the always obliging hotel staff popped into our hands before we took our stroll. Similarly, they loved the garden games on offer, which included croquet – and that quickly became their favourite. 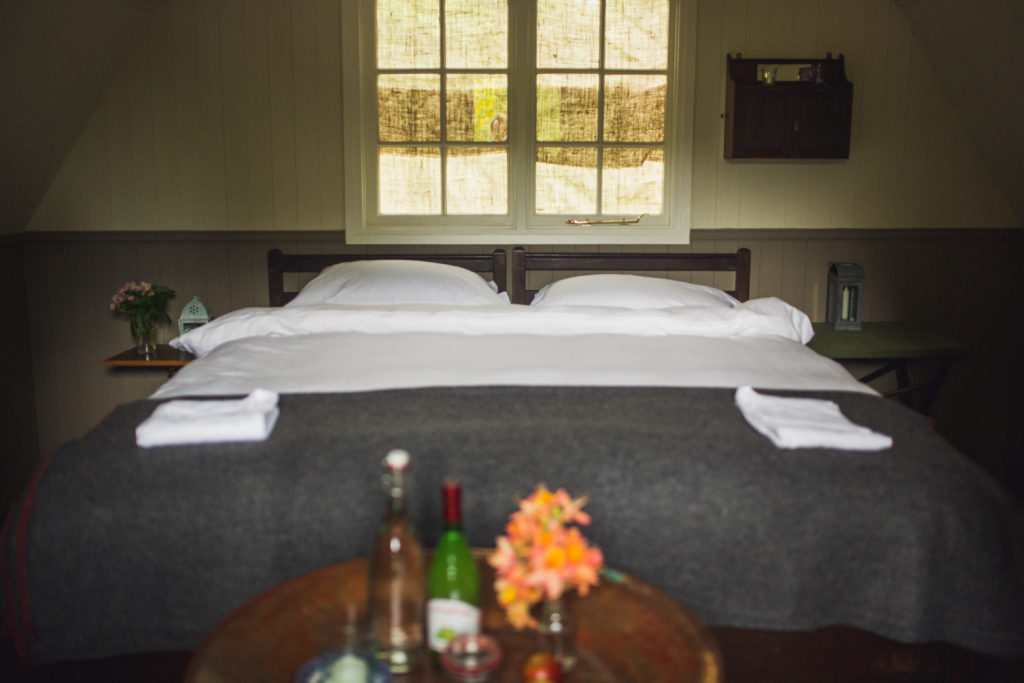 Another huge dose of joy for our children came from the morning ritual at Ballyvolane House, which, as a working farm, still has hens and ducks to feed and eggs to collect.

Every morning Jenny, complete with work gear and Hunter boots, first collects the youngest guests stays at the house – putting them also into mini-sized boots - and brings them along for the morning rounds.

That includes feeding the large flock of Muscovy ducks and hens who lay eggs for the Ballyvolane breakfast table and for its baking needs.

It also means feeding and providing fresh water for the fantail doves who occupy the aviary in the gardens to the back of the house.

Elsewhere, there are cattle that graze the surrounding pastures, which are kept in good company by those two much loved donkeys Poquita and Heloise.

Add into that the family’s collection of spaniels and terriers – one called Peppa, as in the Pig, much to our daughter’s delight - and you have got everything our trio of youngsters could possibly want from a country house hotel. 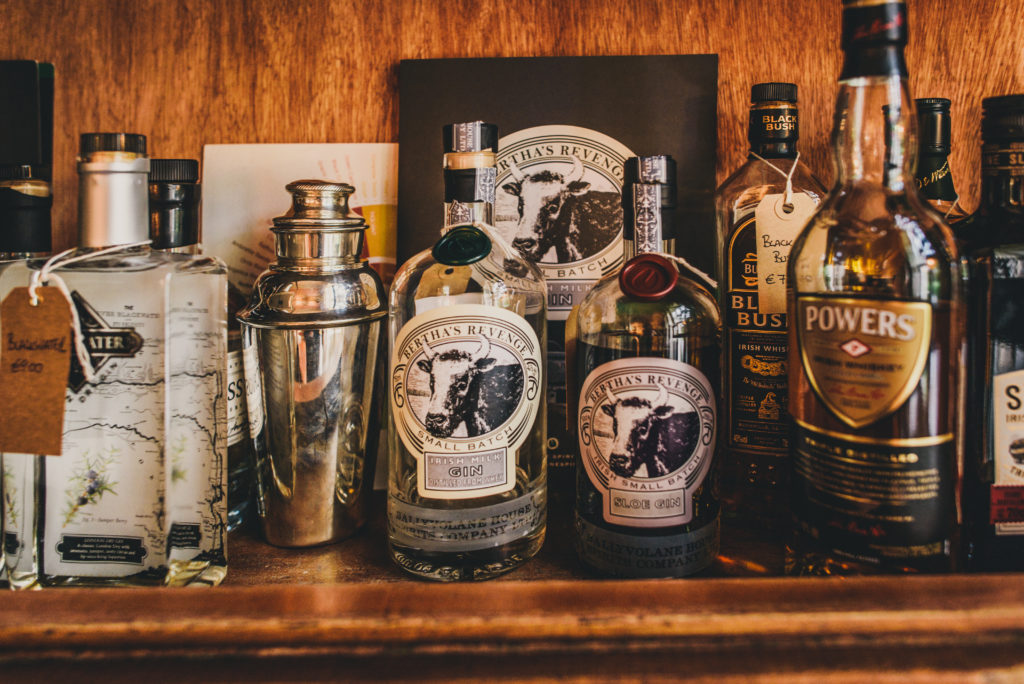 There's a gin distillery on site - need we say more?

You cannot leave Ballyvolane House without tasting their home-made gin.

Now I say home-made but, while manufactured on site in their very own artisan gin distillery, this is no ordinary gin.

No, the Green family’s product, Bertha’s Revenge Small Batch Irish Milk Gin, is an award-winning tipple which is exported around the world.

Launched on December 16, 2015 at the Irish Georgian Society HQ in Dublin, Bertha’s Revenge Gin is aptly named after Bertha, the oldest cow in the world, who died aged 48 in 1993.

Using a base-spirit of whey alcohol produced by Irish dairy farmers, Ballyvolane’s own spring water, and an interesting mix of locally grown and foraged botanicals, Justin and Jenny have hand-crafted a gin reflecting Bertha in her prime.

“A fragrant nose, soft mouth feel and warming spicy middle notes to mirror her maternal core,” they explain, “and a long confident fruit driven finish to celebrate her longevity.”

Having tasted it, and gone back for seconds, we think they have done Bertha proud.

Although Ballyvolane House has been closed to guests in recent months, in line with the Government Covid-19 lockdown restrictions in Ireland, it has recently announced plans to reopen to the public on July 20. For further information or for bookings click here.

LONDON CALLING: Get that festive feeling on a short break in the capital