‘Exciting and intoxicating’: Why Beirut is the gem of the eastern Mediterranean

Beirut is once again a tourist hotspot

YOU probably don’t go to Beirut for a relaxing weekend.

Today, after years of war, and a devastating explosion at the port in 2020, it has recovered much of its former glamour.

It’s crowded, polluted, and the traffic is chaotic — driving here is only for the professional, the very brave or the criminally insane

Power cuts are common — don’t get in a lift if you suffer from claustrophobia because there’s a reasonable chance you might get stuck.

It happened to me on my second day, for at least half an hour.

To be fair, it was probably less than ten minutes, but felt like an hour, so let’s settle on 20 minutes.

My lift companions (my liftees?), a young Tunisian couple, were philosophical about the delay to their plans for the day, and chatty.

I know more about Middle East engagement rings than I ever thought possible. But the experience made me realise that the person I’d most like to be stuck in a lift with is the lift engineer.

But aside from that, Beirut is exciting, intoxicating, and one of the best places to see the East collide with the West with glorious panache.

The city that was once referred to ‘the Paris of the Middle East’ has attracted Hollywood glitterati, writers, thinkers, diplomats, artists and plenty of ne’er-do-wells on the lam.

And of course warmongers, troublemakers, freedom fighters, religious zealots and whatever you’re having yourself.

You’ll hardly need me to remind you that Lebanon has a complex and tumultuous recent history, marked by military action, civil unrest, and political turmoil.

At one stage you could choose to be involved in any one of three separate wars.

But by the 1990s the aggro had subsided, and Beirut returned to what it’s good at — dining, partying, drinking cocktails, clubbing, stocking up with local wine and heading for the Mediterranean beaches.

When the shadow of war began to lift, Beirut steadily rebuilt regaining much of its cultural importance as well as enhancing its reputation as one of the friendliest and clubbiest places in the Middle East.

Then in 2020 the city was again devastated — by a bomb at the port.

This time the explosion (probably) didn’t have anything to do with hostilities.

It was caused by a large quantity of ammonium nitrate, stored in a warehouse at the port for several years.

The blast killed over 200 people, injured thousands, and caused widespread damage to the city.

The incident is widely considered to be a tragic accident, but an investigation is ongoing.

Rebuilding began, and Beirut is on the way to becoming, once again, the gem of the eastern Mediterranean.

The different cultures and influences that have visited Beirut over millennia are reflected in the city’s architecture, food, entertainment, culture and art. 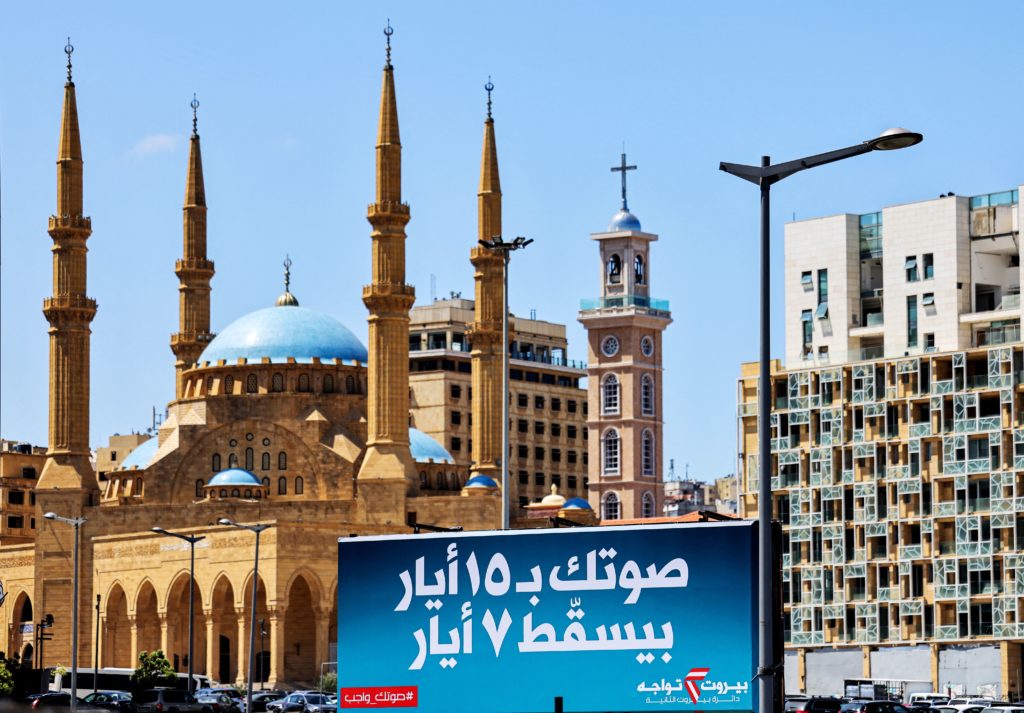 Lebanese cuisine is Mediterranean, characterised by its use of herbs, spices, and fresh ingredients. Hummus, tabbouleh and falafel are all constants on Beirut menus.

Karam, on Bazerkan Street is one of the best places for authentic Lebanese dishes. Their shawarma, a dish originating in the Ottoman Empire, consists of lamb cut into thin slices, stacked in a cone-like shape, and roasted on a slowly-turning vertical spit. Basically a donor kebab, but don’t say that or you’ll be met with a huge side-dish of scorn

Beirut claims that they invented the mezze — the Middle East or Turkish version of tapas — and at Karam, six small plates seem to be the least number you can order. Flat bread, youghurt, harissa (a hot, tangy, smoky, tomato sauce) and olive oil are standard condiments

The architecture of Beirut is a terrific mix of Ottoman, French colonial, and modern design, as well as outliers from a few other cultures such as Roman and Greek.

The National Museum, designed in a French-inspired Egyptian revival style, is often described as one of the world’s most stylish museums. Once the headquarters of Druze Militia snipers, today it is an oasis of tranquility. The principal museum of archaeology in Lebanon, it has collections totaling about 100,000 objects. The antiquities date from prehistoric times to the medieval Mamluk period.

Over the two floors, you can trace local history from Phoenician, Persian, Roman, to modern Arab.

If you get a chance, pop into the nearby Maronite Cathedral of St George, originally built by the Crusaders. It stands right next door to the Mohammed al-Amin Mosque. This is not an unusual pairing in Beirut, where churches and mosques jostle for space. The cathedral houses the magnificent painting of Saint George by Eugène Delacroix the patron saint of the city of Beirut.

Le Bristol has quite the history. Long a watering hole for A-listers from the silver screen, journalists from across the globe, and a meeting place for diplomats and academics, it retains is cosmopolitan air

The hotel's bistro and patisserie Les Gourmandises is the perfect place to have coffee and a sticky bun and grapple with the history, philosophy and heritage of the Arab Street.

It’s also a good place to get acquainted with wines from Lebanon’s renowned Ksara and Kefraya vineyards.

Take Scotland, for instance. In a guesthouse in Braemar you’ll get porridge served with milk, salt and suffering.

By the time you reach Andalucía it’s churros dipped in melted chocolate. Now here in this corner of the Med it’s honey and sweet yoghurt on cream pastries, if you please.

Le Bristol sits in the nouveau-riche area Verdun. But it’s literally a couple of (very noisy) streets away from lively, jumping Hamra, with its bars, nightclubs, cafes and shops.

Facilities at Le Bristol are what one would expect from a five-star city centre hotel.

The receptionist, who seemed to be able to speak fluently in English, French and Arabic, told me as well as a rooftop swimming pool there was a well-equipped gym.

I told her that I was utterly determined not to use it.