From farm, market and field to fork - Ireland is an island of many flavours

THE island of Ireland produces most of what it eats – Irish beef, lamb, pork and fish are amongst the best in the world, while the market gardeners of Armagh lead the way in the cultivation of apples.

The Long Meadow Farm, Armagh, is one such place, where you can learn about hedgerow foraging – plucking food that won’t differ much from what our ancestors ate – or take cookery master- classes, and perhaps prepare for a Bramley Apple Banquet.

The quality of local food products has led to a renaissance of Irish cuisine.

Classic recipes from the great gastronomic traditions of Europe are invigorated with local produce, and given an Irish twist in preparation. The result is mouth-watering.

Every county has its restaurants and pubs specialising in excellent local produce cooked with care and sophistication.

So you might opt for organic scrambled egg and smoked salmon from Chapter One in Dublin city, Connemara air-dried lamb in Loam in Galway, or pesto-stuffed chicken breasts with roast vegetables at McNean House in Blacklion, Co. Cavan.

You may even choose to sample some traditional Irish cuisine at a pub famed for being the ‘highest in Ireland’.

In Belfast, top tables include OX, jointly owned by Alain Kerloc’h and Stephen Toman. Their combined endeavours have transformed an old dockside building into a Michelin-starred restaurant. You might want to try the tender duck meat served at the bottom of the egg cup, topped with egg and subtle, cardamom-treated foam.

In Carlingford you can combine views of two mountain ranges – the Mournes and the Cooleys — and dine on world-class gastronomy in the Georgian splendour of Ghan House.

After all, the Baratheons, the Starks the Greyjoys and all those other warriors enjoyed a good feast before the mayhem and bloodbath began.

At Ballygally Castle in Co. Antrim – in the heart of Thrones country – you can sample Lannister egg rolls, Hodor’s pulled pork brioche and Dothraki trifle with a mini dragon’s egg. Be sure to have plenty – after all WINTER IS COMING, as John Snow memorably said. 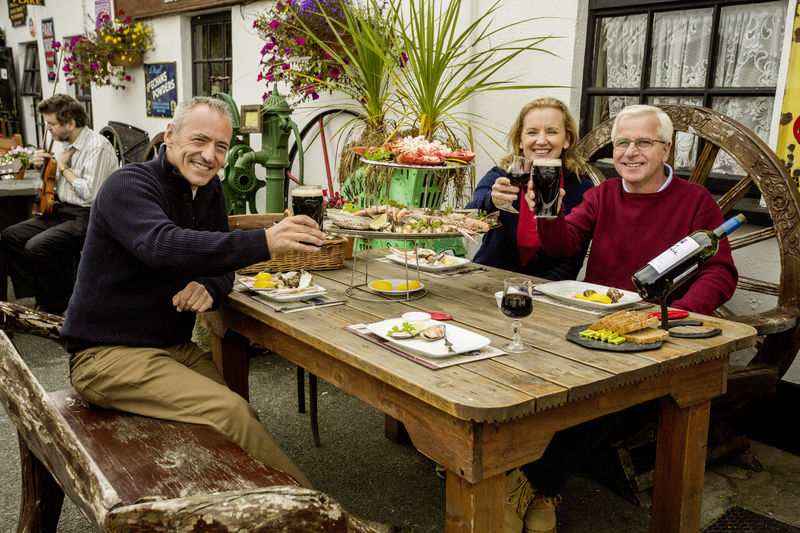 You may want to try some cooking yourself. Good news: The island of Ireland has world class food markets where the ingredients for making, say, the very lightest feuille de brique pastry or the finest mozzarella arancini are readily available. At the English Market in Cork city you’ll find a variety of gastronomic star turns with produce from all over the island.

St George’s Market in Belfast features Northern Ireland’s gift to gastronomy, the three types of indigenous bread — soda farls, wheaten bread and potato farls. The fish comes in directly from Portavogie and Kilkeel (Co. Down fishing ports), the seafood from nearby Carlingford Lough or Strangford Lough.

To help manage this plethora of culinary riches, several cookery schools have opened up over the last few decades to assist you in that endeavour. These are amongst the best Europe has to offer. Catherine Fulvio’s Cookery School in Ballyknocken House, Wicklow, Darina Allen’s Ballymaloe Cookery School in Co. Cork or Forestside Cookery School, Belfast present a variety of courses, workshops and classes.

At Wee Buns Cookery School in Dungannon, County Tyrone, you’ll get a hands-on lesson in cake-making and decorating, traditional Irish baking, seasonal cooking or kids’ baking. Or you can knead, bake and wolf down delicious homemade bread with lashings of butter at Tracey’s Farmhouse Kitchen in Co. Down.

the festivities for the Winterage Festival, held in the towns and villages of the Burren – a region that is one of the most unique landscapes to be found along Ireland’s Wild Atlantic Way. This harvest celebration, at the end of the growing season, emphasises the unique way of farming on the dramatic landscape of Co. Clare, culminating in a cattle drive to the uplands

The Galway International Oyster and Seafood Festival (September 27–29) is a feast of fine food, stout and Guinness — and not forgetting the World Oyster Opening Championships, a masquerade ball, live cooking demos and much more. 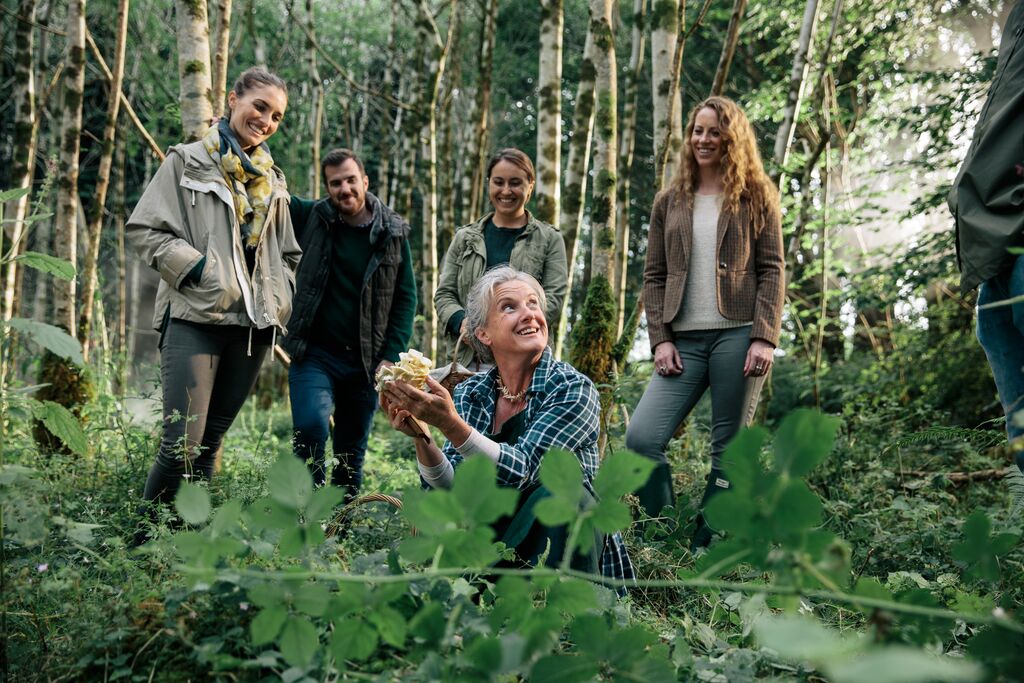 Taste the Island is an eight-week showcase of Ireland’s food and drink running from this month until November 2019. It embraces all the culinary traditions of the regions, with activities including visits to food producers, distillers and brewers; food trails and food festivals; trying or honing traditional culinary skills; foraging and fishing. As well, of course, as providing opportunities to sit back and enjoy the best of modern Irish cuisine in traditional pubs, small-town cafés, restaurants, city bistros and Michelin- starred experiences.

Covering every culinary niche of the island, there are options to participate to suit all tastes, budgets and timeframes.

Authentic artisan producers, boundary- pushing chefs and dynamic distillers are all on hand to reveal their secrets – or at least some of them.

Fishermen are celebrating the International Year of the Salmon with a new visitor experience which tells the story of the skill of fishing and Ireland’s long traditions behind it by taking a seafood adventure along the Wild Atlantic Way.

The Taste the Atlantic trail gives visitors a chance to learn about fish in a new and hands on way while of course getting to taste some of this natural fresh produce also.

A Seafood Journey is a dedicated seafood trail – an adventure dotted with suggestions ranging from restaurants and cafés to farms, fishing ports and smokehouses. It’s a route you can dip into or do in its entirety, an opportunity to explore Ireland’s pristine oceans; to sample its food story; to enjoy an unforgettable taste of place on a plate.

Seafood is where the Wild Atlantic Way meets Ireland’s unique culture. It’s about lobster and crab, salmon and mackerel, oysters and mussels plucked fresh from the heaving ocean. But it’s also about the men and women who mix tradition and 21st century techniques to bring it from tide to table, to serve it just a few miles (or in some cases, just a few feet) from where it’s caught.