DUBLINER Philip Martin has spent the past seven years producing authentic Mexican tortilla and tortilla chips in the heart of Ireland for customers based across Europe.

Prior to that, he spent three-months in Mexico, where he learnt the art of traditional tortilla baking.

When he returned to Ireland, he set up his own tortilleria in Clonmel, Co. Tipperary.

Launched in 2015, Blanco Niño was the first - and remains the only – authentic tortilla bakery in Ireland.

It is one of just a handful that are to be found across Europe.

But what is unique about Blanco Niño’s offering - named after the ‘white boy’ nickname Mr Martin earned while in Mexico - is that it uses the traditional Mexican technique of nixtamalization to produce its tortilla and tortilla chips.

The firm also only sources its ingredients from heritage producers in Mexico.

Such attention to authentic detail quickly set this Irish start-up on a path to success.

Blanco Niño built up a steady client base within the food service and hospitality industry - with the likes of popular Mexican restaurant chains Wahaca and Las Iguanas among their customers. 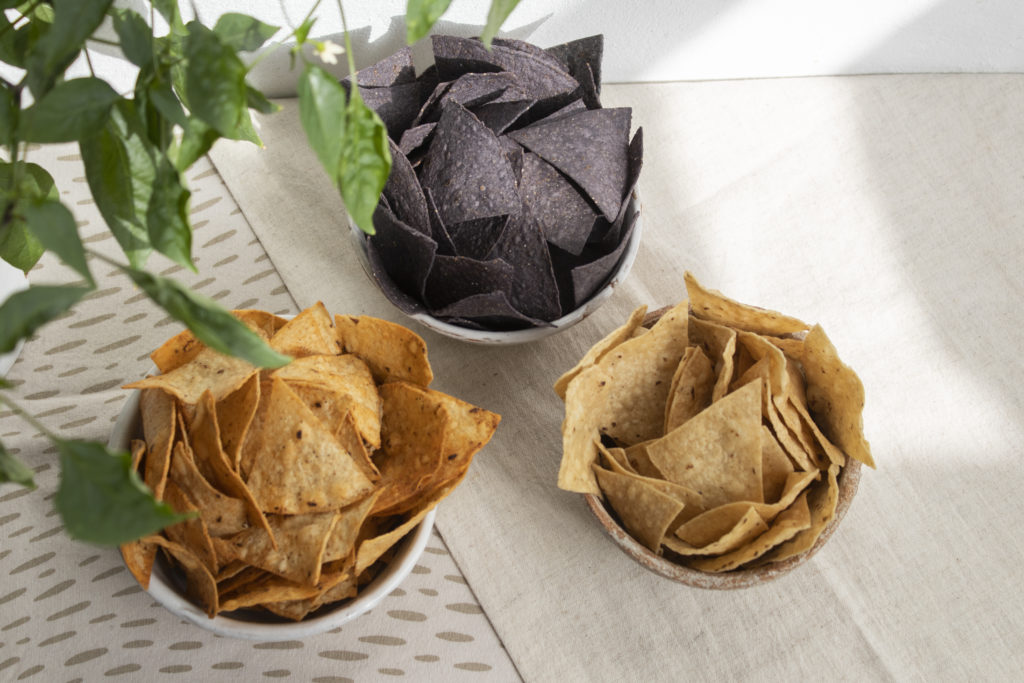 The business grew steadily over the years, but particularly since 2020 - when the Covid-19 pandemic saw the firm expedite plans to add a retail branch to their offering.

As lockdown hit in Ireland – and everywhere else in Europe - an all hands on deck approach was assumed at Blanco Niño’s tortilleria in Clonmel.

The firm now had to work hard to get its tortilla chips out to supermarkets and into our shopping trolleys.

“We were always going to do retail, certainly,” Mr Martin told The Irish Post this week.

“But the pace at which we got into retail was very much speeded up by the pandemic,” the 33-year-old admits, “we certainly would not have launched in retail when we did had it not been for Covid.”

The impact of the arrival of Covid-19 in Ireland was quickly felt by the business.

Back then it’s customer base was largely found within the restaurant and hospitality sector.

So, when the restaurants closed, Blanco Niño’s sales dropped dramatically.

So, retail it had to be if they were to stay in business.

“At that time there was a singular focus from everyone in the team to get the retail product launched,” he explains.

“The plans for our retail offering were already there, the equipment was already being delivered, but we had to put an awful lot of work into getting in touch with every single independent retailer, to get the product out there,” he adds.

“It was a monumental, colossal exercise, but Covid gave us this bullseye focus on what we were doing and what we needed to get done.”

They managed to get the product out into the retail sector in months, and their Lightly Salted, Chilli & Lime and Ancient Grain flavoured tortilla chips are now sold in more than 360 retailers across Ireland, including Dunnes Stores and Supervalu.

They also launched the range in the UK and the Nordic regions in 2020. 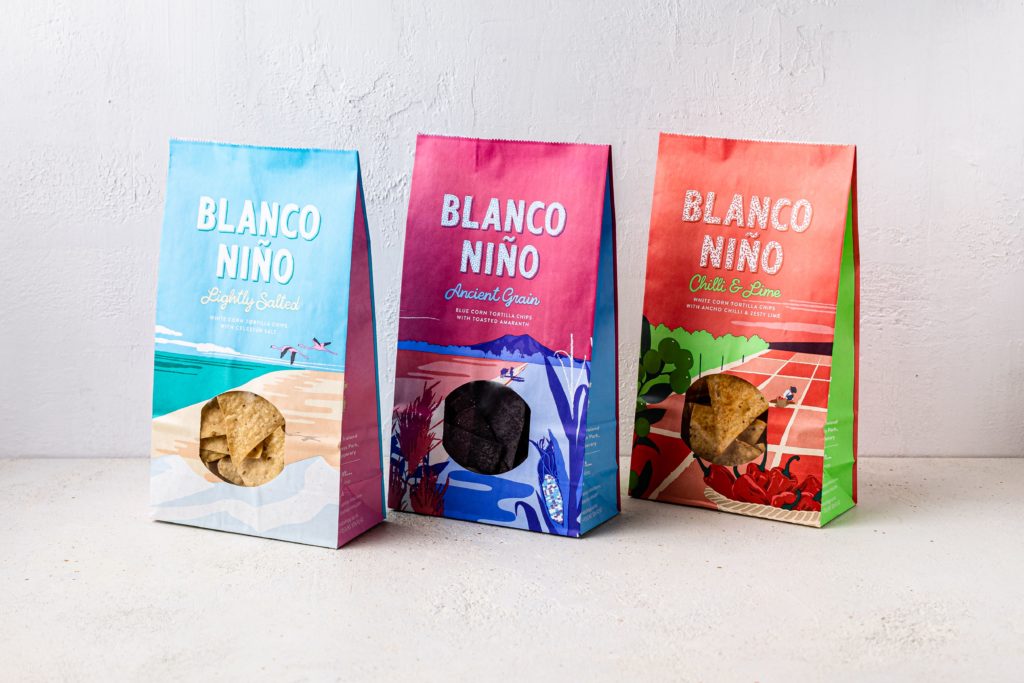 But it is their British expansion that is proving most exciting for the firm today, nearly two years later.

“In the UK we are now in Selfridges, Ocado, Gorillas and we are launching in Booths and Bayley and Sage next month, in London, which is pretty exciting,” Mr Martin admits.

“There is an awful lot happening for us in the UK, we have a lot of different new products that we are working on too,” he adds.

One of those products is a range of salsas, which Mr Martin claims his team has put a “borderline mental” amount of work into.

“We’ve basically looked at how we would design and scale up a full manufacturing processing plant to make the salsas exactly the way we want to make them,” Mr Martin said, “because in Europe most salsas are made in a way that is akin to making soup really.”

He explained: “It’s all lumped into one big pot, nearly boiled to death, and then put in a jar and sold.

“But to really make an awesome salsa you need to make it in a phased process, you need to be fire-roasting certain ingredients.”

After investigating the possibilities around producing a high-quality salsa, Mr Martin has now opted to go into partnership with an existing facility to create their new product line.

“Instead, we went through a long exercise to try and find someone we could partner with to do it.

“We kissed an awful lot of frogs, but we eventually found someone and hopefully in August 2022 we will be launching – we are really excited about that.”

There is further excitement among the 43-strong team of staff currently at Blanco Niño – who are based across Britain and Ireland – as the firm has seen a rapid return to business among the food service sector since the lifting of Covid-19 lockdown restrictions.

“Despite Covid giving us a drop-kick to the face on the food service side of the business, that side of things has really roared back since everything reopened,” Mr Martin admits.

“And in nearly all those underlining trends or forces Blanco Niño came out tops.

“So, the food service business is going really well, and we see a lot of opportunity with that.” 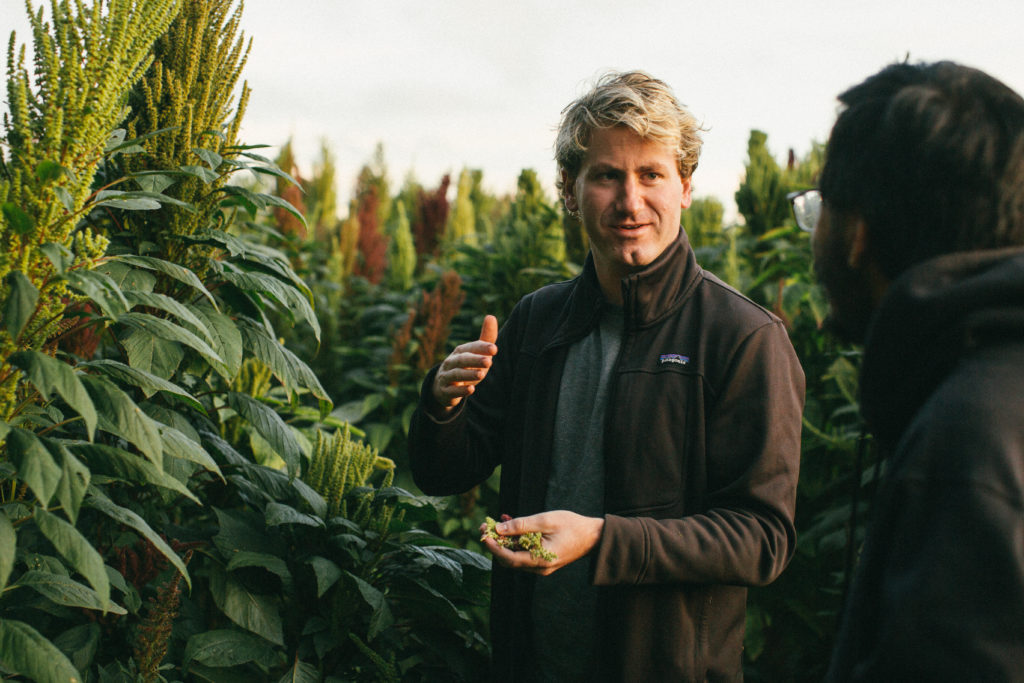 Philip Martin continues to make regular visits to Mexico, where they work with small heritage producers

But their retail expansion is the real reason they have high projections for the ongoing success of the firm – which expects to more than double its turnover to £3million this year.

“We expect the turnover in the business to more than double this year again and then probably continue to double in 2023 as well,” Mr Martin explains.

“Food service we expect to continue to grow at a pretty jumpy rate, so that’s part of our projection on turnover, but really what it is based on is that we’ve barely scratched the surface with the tortilla chip offering and the retail offering,” he adds.

“We have very quickly got into every independent store in Ireland, so in Ireland alone we would expect the turnover to at least quadruple this year, outside of the rest of the territories, which will grow at a much slower rate.

“The UK however,” he adds, “the UK is there for the taking really, we feel.

“The response to the product has been phenomenal in the UK.”

Mr Martin has every intention to take the world of Mexican food in our supermarkets by storm in the coming years, he admits.

“As we develop our range, we will 100 per cent stay in Mexican food,” he confirms, “but we are going to do to Mexican what Fever Tree did to tonic water.”

He adds: “They brought it up a notch, you know, and that goes for us in that there are many facets of the supermarket where Mexican sits and can be made so much better.”

“But really, we are one of the few categories that does not have that clear differentiation. “Literally everything that is in the tortilla chip category at the moment is all little triangles made from the same kind of stuff, with similar packaging and slight variations in price points.

“But there is a whole demographic of people who go into a supermarket and want to buy a quality product – and will pay the extra for it.

“We believe there is a vast unfulfilled tortilla chip need, and every retailer is missing a trick by not having that good, better, best spectrum on their shelves.

“Blanco Niño is the best in that spectrum, definitely,” he adds.

Mr Martin is confident that Blanco Nino is the firm to lead a Mexican food revolution in Europe’s supermarkets.

“We are not the only horse in town in Europe, but there is massive room to grow in this market,” he admits.

“So, for us the opportunities out there are colossal and the team and myself are naturally excited at what is coming down the track.

“Right now, we have our tortilla, tortilla chips and salsa, but there is a lot more besides that in the pipeline.

“But - and I don’t know if it is the Catholic in me - I never want to sound too positive, in case you end up giving yourself a kick in the arse,” he adds.