WHAT a difference eight years makes?

That was the thought following a recent visit to the London Stadium to report on the West Ham v Watford football match.

No fans in the ground, an eerie atmosphere, with the players shouts and the journalists commentaries the only things breaking the silence.

What a contrast to the 2012 London Olympics, when the same stadium played host to the opening ceremony. It was one of those strange quirks of fate that a re-run of that ceremony was on the TV, the same night as the football match.

The opening ceremony was a masterpiece from film director Danny Boyle and his team, showing the many different aspects of the UK.

There was the history of the industrial revolution, the factory towers reaching up into the night sky, the tribute to the NHS and the Windrush generation.

Then Prime Minister David Cameron enjoyed the experience, as did then Mayor of London Boris Johnson.

Who would have thought then that eight years later the man, who dangled precariously from a zip wire, would later become Prime Minister? 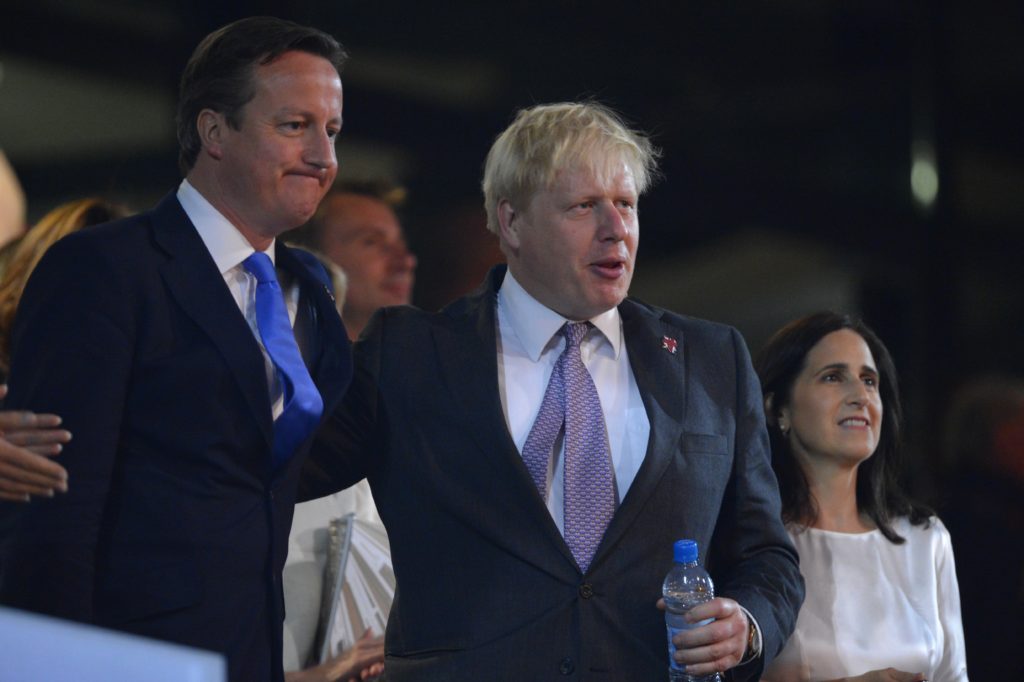 Former Prime Minister David Cameron stands next to London's then Mayor Boris Johnson and Marina Wheeler during the opening ceremony of the London 2012 Olympic Games on July 27, 2012 at the Olympic Stadium in London.

Few would have thought that many of the same ministers, who sat in the stadium that night would oversee the disgraceful hostile environment policy directed at the Windrush generation.

London was a multicultural joy for those few weeks of the Olympics.

People from across the world came in to watch and compete at the games.

No racist divisions, just a celebration of the great sporting event that is the Olympics.

So, what else has happened since that time?

Well, then Prime Minister Cameron gave out his first referendum to Scotland.

Two years later, the Scots narrowly rejected the idea of breaking away from the Union.

A year after that, the fateful EU referendum took place, splitting the country in two.

The remain side, ineffectively led by Cameron, lost. He resigned, to be replaced by the architect of the hostile environment Theresa May.

Three more painful and embarrassing years passed, as May repeatedly brought her exit deal to Parliament and saw it rejected.

Finally, the man from the zip wire became Prime Minister.

He illegally prorogued Parliament, before going to the country with his message to get Brexit done. He won an 80-seat majority to carry out that policy.

The UK exited the EU on January 31, staring into the abyss of international isolation.

The Scottish National Party want another referendum, given extra impetus by the fact that Scotland voted to stay in the EU. 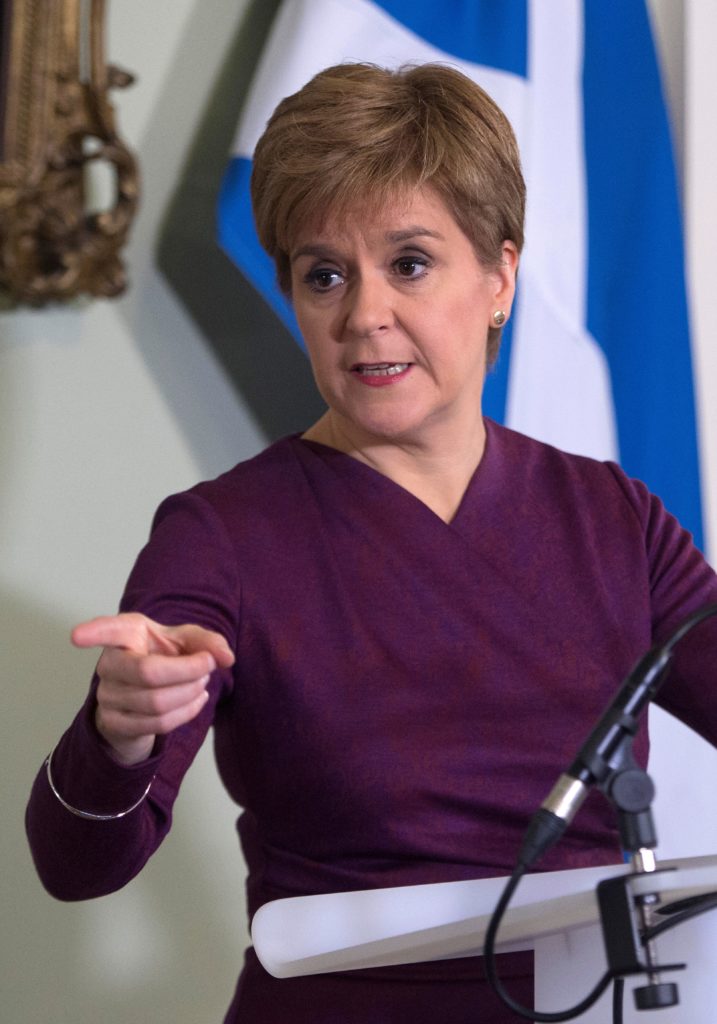 Scottish National Party leader and Scotland's First Minister Nicola Sturgeon sets out the case for a second referendum on Scottish independence, during a statement at Bute House in Edinburgh on December 19, 2019.

Ireland too is edging toward unity, courtesy of Brexit – something that 30 years of conflict failed to achieve.

The Conservative and Unionist Party certainly needs a remake, it has done more to split the Union than any previous party.

Then, along came the coronavirus pandemic.

The government was slow to react to the impending crisis.

It failed to prepare, to get the required Personal Protection Equipment in place, especially for the NHS and Care workers.

It also failed to get the test and trace system up and running in time to get a grip on where and how the pandemic was developing.

The NHS workers celebrated back in 2012, once again rose heroically to the challenge, many giving their own lives to save others. 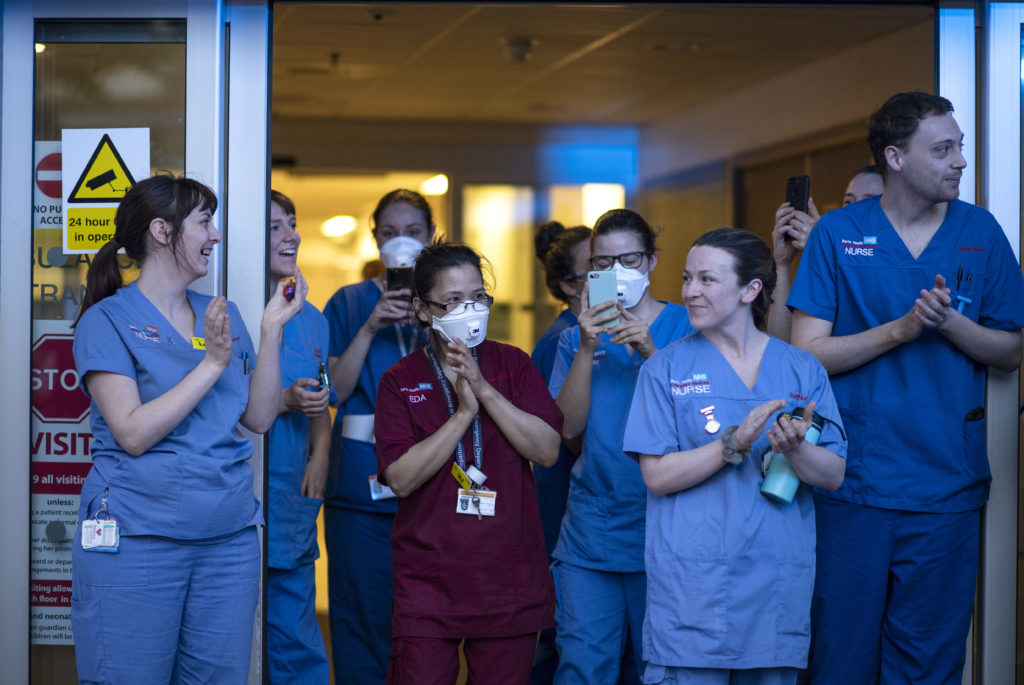 And many others, from the emergency services to retail staff went above and beyond to keep us all safe.

The response of the people to the challenge of the pandemic was indeed another of our finest hours.

Looking back though, it is difficult not to see the last decade as a case of lions led by donkeys – a phrase first adopted in relation to the inept leading officers of the First World War.

The record is damning, those who sat grinning out on that warm July evening of the opening ceremony of the London Olympics have a lot to answer for regarding their stewardship – where there was once harmony, they have sown disunity, discord and division.

Let’s hope that something positive can come out of the tragedy of this pandemic – some responsible leadership that rewards those who have contributed most to the common good.

Some leadership that brings unity not division to our land.

We certainly all deserve better than the past eight years has produced.

Ps: The return of the fans to that stadium would also be welcome.

Beware the simplicity of ignorance - especially at a time like this