THE artist behind a touching sketch of Queen Elizabeth II reunited with Prince Philip that went viral on social media has been selling the print to raise money for the NSPCC children’s charity.

Kerri Cunningham, née McMurray, who lives near Preston, Lancashire, usually creates poems and sketches based on her life as a busy mum-of-three under the business and pen name Murphys Sketches.

But as the news broke last month of the Queen’s death, the 34-year-old thought back to a photograph released when Prince Philip died, showing the Queen and Prince Philip sat on a picnic rug. 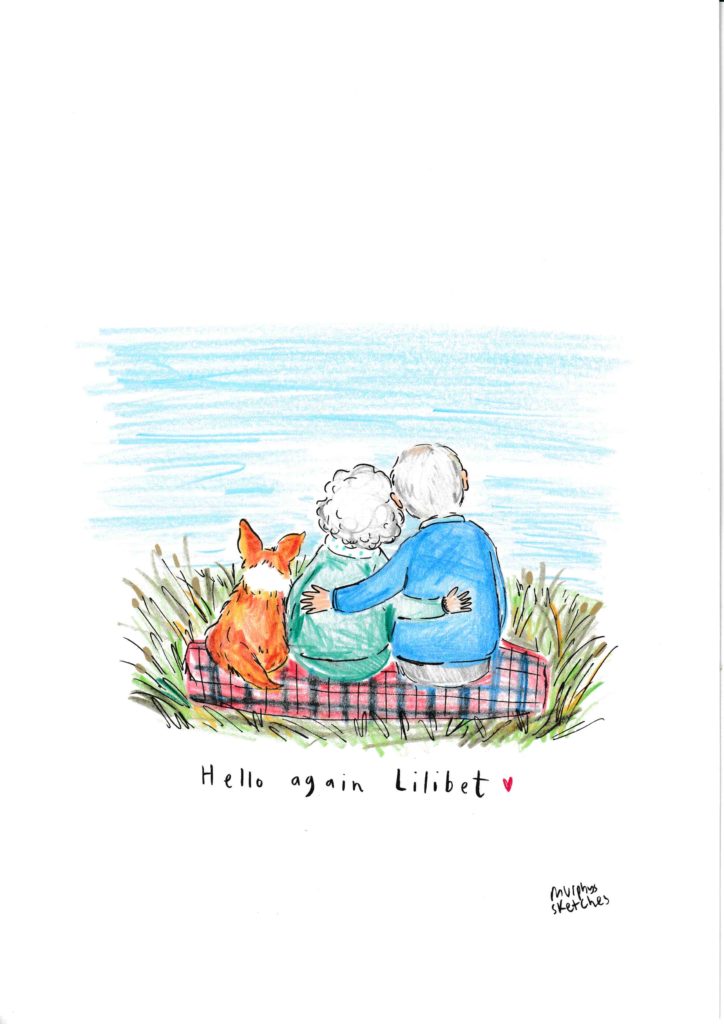 Ms Cunningham, whose grandfather hailed from Lurgan in Co. Armagh, told The Irish Post: “They were just two people who loved each other, in their happy place. It really moved me at the time.

“When it became clear the Queen was very poorly, I knew what was coming and I imagined them together again on that picnic rug.

“I shared my sketch on Instagram as a tribute and thought that would be the end of it,” she explained.

“But so many people liked and shared it. It became impossible to keep up with. 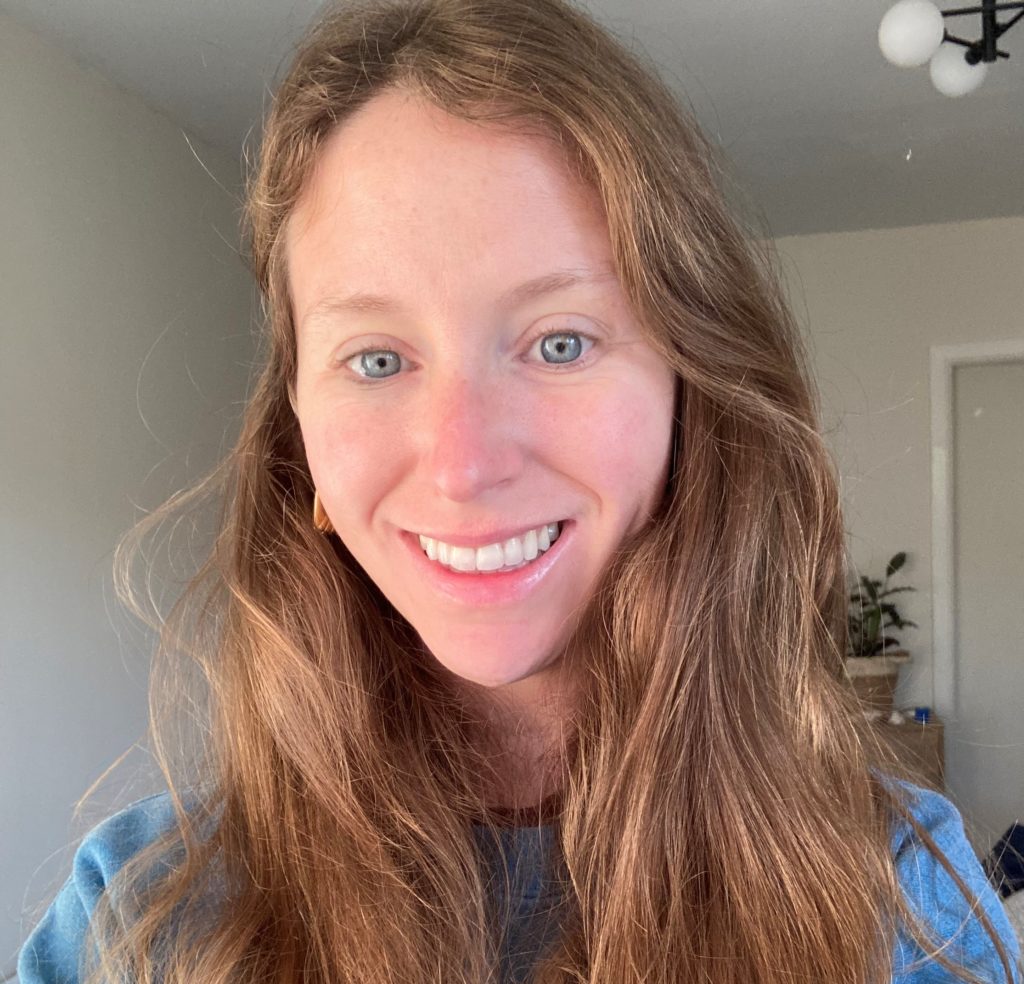 “I was extremely surprised by the reaction to the sketch,” she added, “I had some lovely messages from people saying how the image had touched them and comforted them and even that it had reminded them of someone in their own life they'd lost.

“It's been really moving. I wasn't at all expecting so many people to see it.”

Soon people were making contact with the artist, hoping to buy a copy of her drawing.

“I kept getting lovely emails from people asking if they could buy the sketch,” Ms Cunningham admits.

“The volume of emails was huge, but it didn’t feel right to make a profit from something I only ever intended as a mark of respect.

“Then a family member mentioned the Queen had been a patron of the NSPCC till she was 90 and seeing as my husband and I have three young children, it felt right to raise money for such a good cause.”

Ms Cunningham then had to find a printer to help manage the huge load of orders she would need to fulfil.

“The next hurdle was how to manage the process,” she explains.

“I do everything manually so there was no way I could manage hundreds of orders. I put a message out on Instagram to see if I could find a printer who would help me do this, so all profit went straight to the NSPCC.

“Emma from THEMPC got in touch and we had a crazy Facetime call on a Saturday evening with all our kids roaming around.

“I got a good feeling and within a few short days Emma, her husband Paul and their team had set up a website, sent me print samples and we were off. We had over 1,100 orders in the first 48 hours.”

She added: “This might be my only opportunity to do something really good for charity and raise a serious amount of money to help children having the toughest time. And I’m sure the Queen would approve.” 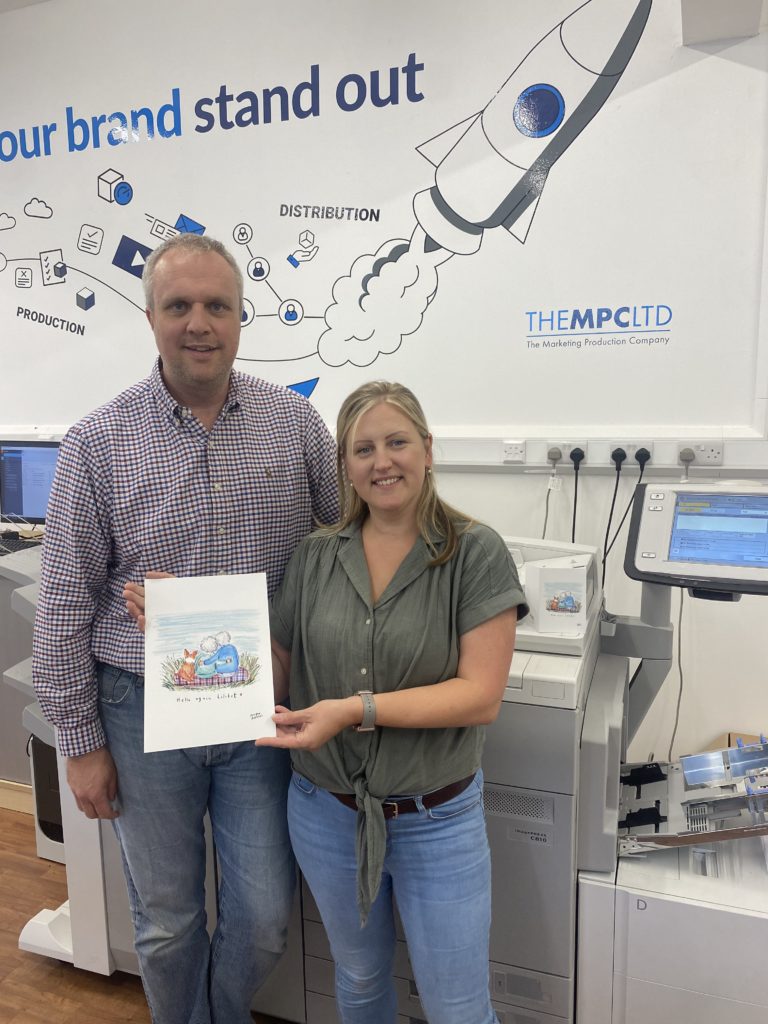 Emma and Paul Marsh own promotional print firm THEMPC, based in Basingstoke, Hampshire.

Emma said of their unique partnership with Ms Cunningham: “When I saw Kerri’s plea for help, I knew we had the business capabilities she needed.

“Plus, we have three young children and already support local children’s charities through our business, so it felt like we were perfectly aligned.”

She added: “Paul’s worked so hard to turn this around. He was up till midnight most evenings for a week agreeing the products for sale, printing samples and working with the developer to get the website up and running, and then the orders started flying in.

“The comments we received showed people were buying the prints for family as well as themselves,” she explained.

“We were just excited and honoured to be part of something good during such a sad time.”

Ms Cunningham’s sketch, which was created using black pen and coloured pencils, shows the back of Queen Elizabeth II and Prince Philp and one of their beloved corgis.

Prince Philip has his arm around the Queen and the image is captioned ‘Hello again Lilibet’ – the Queen’s childhood nickname that Prince Philip often used.

A second sketch is also available, showing the Queen with one of her corgis and two rainbows. Many people saw two rainbows in the sky the day the Queen died.

The prints are still available to purchase here. All proceeds are going to the NSPCC.