AN island community group has launched a campaign to purchase their local school building to preserve it for future generations.

Under the ‘Neart Initiative’, SIDS wants to keep the school in community ownership and is asking for public donations to cover the initial purchase of the school to create a Neart Hub.

‘Neart’ is the Irish word for strength and has been taken from the Irish saying, ‘Ní neart go cur le chéile’ which means ‘there’s no strength without unity’.

The group has set a fundraising target of €80,000 to cover the purchase of the school, after which a decision will be made by the community regarding its upgrade, development and future as a hub for diverse uses - such as educational, heritage or cultural activities.

Since then, the island community has set its heart on purchasing the buildings to secure their future use. 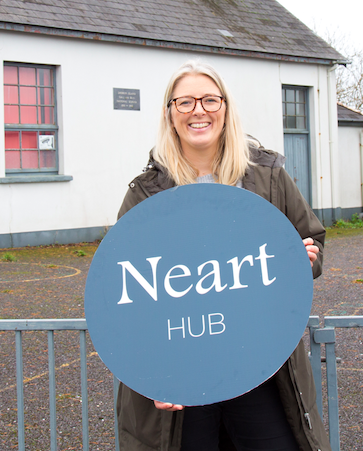 Aisling Moran (project coordinator with SIDS), seen outside of the primary school on Sherkin Island which the community is planning to buy to create a Neart Hub. (PIC: Robbie Murphy)

Aisling Moran, project coordinator with SIDS, said: “Schools are full of connections, hopes and dreams. Sherkin Islanders want to keep the school building at the heart of the community as a place of connections and life for future generations.

“The Neart Hub will be for the Sherkin Island community, diaspora and friends of this much-loved island.

“We are asking people to be part of this journey and connect with the island, its heritage and its future by purchasing a dot so that we can connect those dots and create a wonderful additional resource for Sherkin Island.”

Under its five-year plan, SIDS hopes to build a new community hall on the island but the Neart Hub will provide an additional physical community space, doubling the amount of indoor space and land available to the community.

It is hoped that part of its development will include a large, seafront garden on the shores of Cuinne Harbour for all to enjoy.

The community will also be organising a series of fundraising events in the coming months to help them to reach their fundraising target.

Donations can be made on the Sherkin Island website here.