Going to the Races, by Jack B Yeats

THREE pieces of art by the esteemed Irish artists Jack B Yeats and Gerard Dillon are expected to fetch high sums when they go under the hammer at Sotheby’s this month. 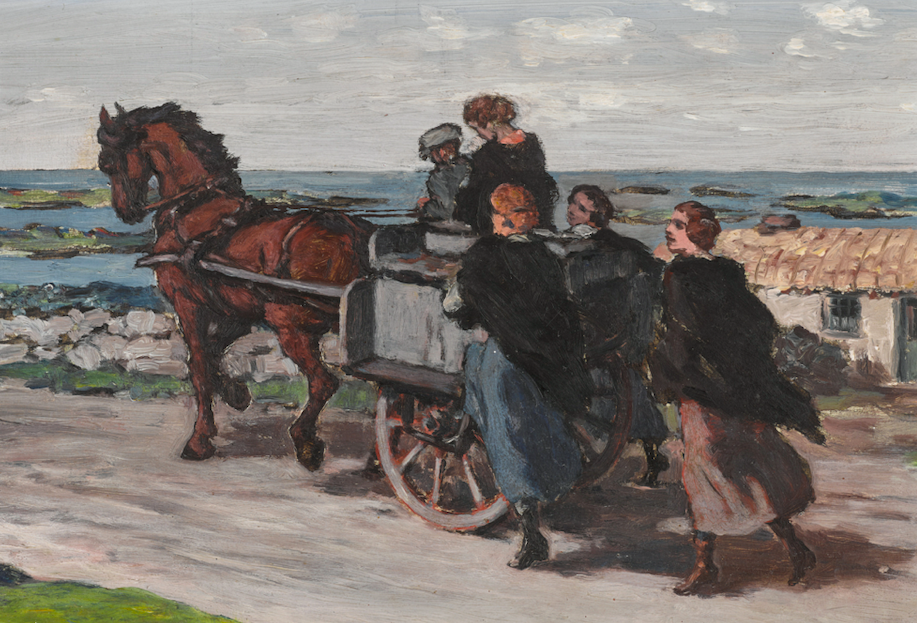 Sunday Morning by Jack B Yeats

The third lot which is expected to garner much interest is The Fisherman’s Cottage, a 1951 painting by Gerard Dillon.

“The two Yeats works are coming to auction from the same private collection and are fantastic early oils,” a Sotheby’s spokesperson explained.

“Going to the Races was last up at auction in 1989 and Sunday Morning is making its auction debut.”

Dillon’s piece is making its first appearance at auction, they confirm, and it reveals much about the artist’s personal experiences.

“The Dillon is a fantastic rediscovery, making its first public appearance as it emerges from a private collection,” they explain.

“It is set on Inishlacken, looking across to Roundstone. Dillon’s first encounter with Connemara in 1939 was a revelatory moment in the artist’s career.

“The beauty of the landscape and the simplicity of the way of life was far removed from Dillon’s upbringing within the terraced houses of Belfast and the socio-political tensions of the time,” they add. 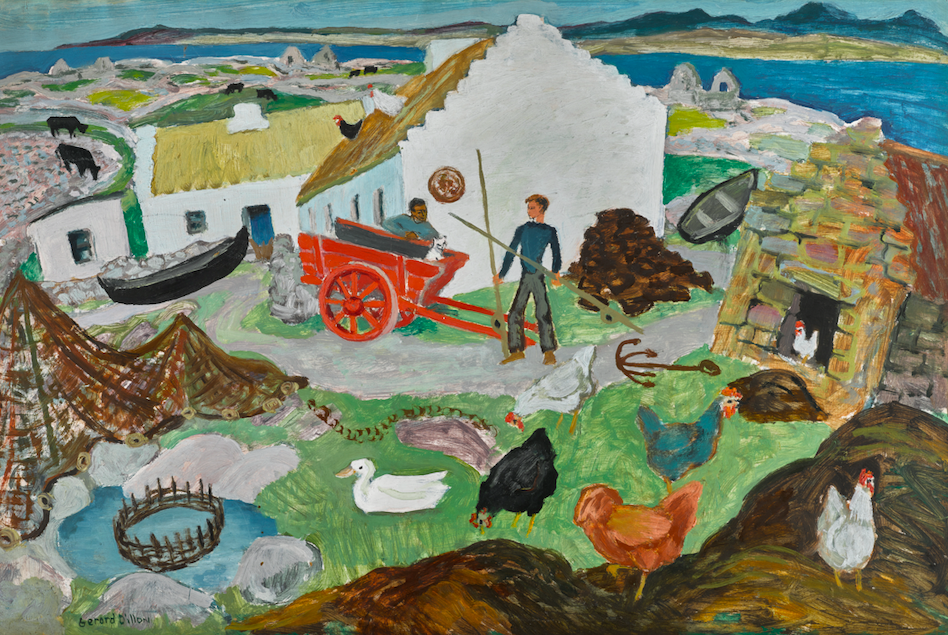 The Fisherman’s Cottage, a 1951 painting by Gerard Dillon

“We see this enchantment in The Fisherman’s Cottage – poetically rendered and depicting the chaotic but simple existence of the fishermen set within in the rugged beauty of Inishlacken.

“On an impressive scale, the painting undoubtedly constitutes one of the finest examples of Dillon’s portrayals of the West of Ireland, which are some of the most recognisable and celebrated in the canon of 20th-century Irish art.”

The auction house is also offering an Irish Art online sale, comprising 74 lots by a range of Irish artists, which is open for bidding from November 16 – 23.

Highlighst from this sale include another Dillon piece, Village on the Hill, a 1951 piece which recently surfaced in the USA, which was purchased by the present owner’s parents on a trip to Ireland.