A COMMUNITY group in West London has commissioned a sculpture inspired by Irish poet William Butler Yeats which will be installed just yards away from the place he called home as a child.

It became home to the Nobel-Prize-winning poet and dramatist WB Yeats, who was born in Dublin in 1865, when he moved to London with his parents at the age of two.

The family stayed in Bedford Park until 1902, while Yeats himself remained a committed London Irishman until the age of 52.

It is claimed that Bedford Park – with its artistic ambience and collection of London’s editors, illustrators, publishers and theatre people resident there – nurtured Yeats’s gift for poetry and paved the way to his becoming an outstanding literary figure.

His most famous poem The Lake Isle of Innisfree was written in Bedford Park, as was his first staged play, Land of Heart’s Desire, written at the instigation of his neighbours there, which included George Bernard Shaw’s leading lady, Florence Farr.

Despite the significance of Yeats time spent in England, no statue currently exists anywhere in Britain honouring the poet.

That fact is something the current residents of Bedford Park, which remains a hotspot for artists and creators, could not let lie.

Instead, they launched a campaign to have a statue to the Irishman installed within their community.

Next, they found an artist - Conrad Shawcross – to commission to bring their vision to life.

Inspired by the Yeats’ poem He Wishes For the Cloths of Heaven, Shawcross, whose work specialises in mechanical sculptures based on philosophical and scientific ideas, went on to create Enwrought Light. 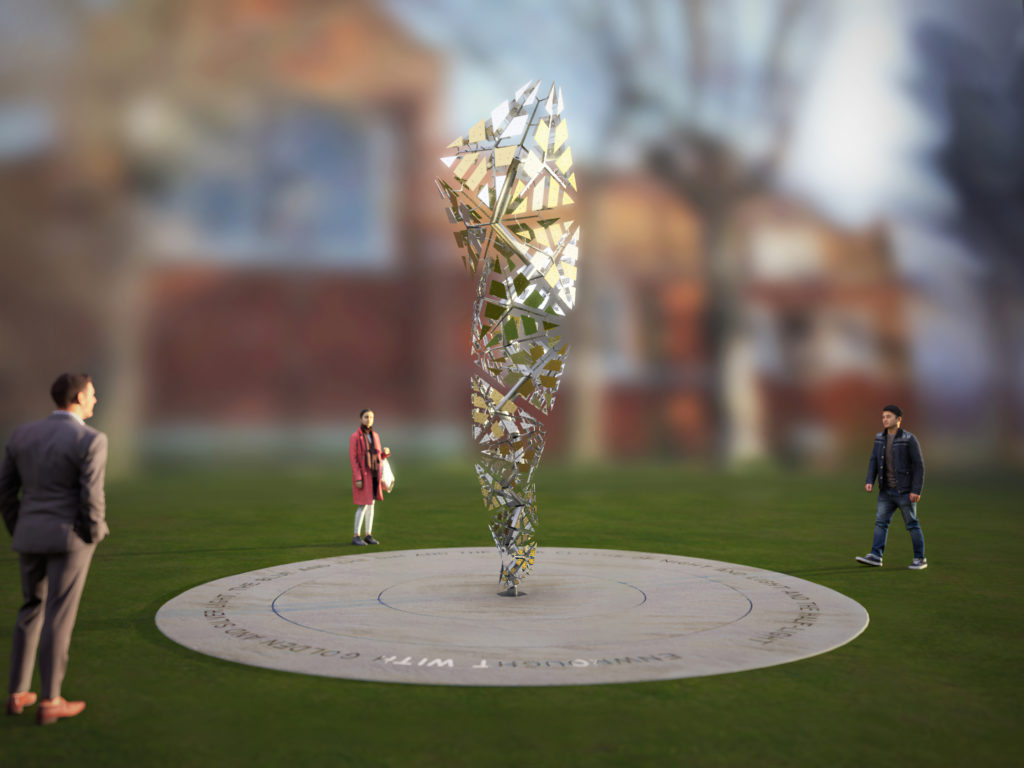 Enwrought Light’s stone base, set between the roadway and the pavement grey of Yeats’s best-known poem, will be engraved with the words that inspired Conrad Shawcross’s uplifting artwork.

The sculpture features Yeats’ lines “Enwrought with golden and silver light, The blue and the dim and the dark cloths Of night and light and the half light” engraved on a wide circular stone base.

“At the project’s 2018 launch at London’s Irish Embassy in Grosvenor Place”, Shawcross explains, “it was a reading of that particular poem by the incredible Ciarán Hinds that drew my attention to the phrase ‘enwrought with golden and silver light’.

“The rich physical description of material and the sense of time through evolution of light were really potent images for me, and led directly to the proposed work, which is not only ‘enwrought with’, or made from, ‘golden and silver light’, but also, although static, will be transformed throughout the day and night, through seasons, by ever- changing weather, and by the arcing position of sun and moon in ‘the heavens’.” 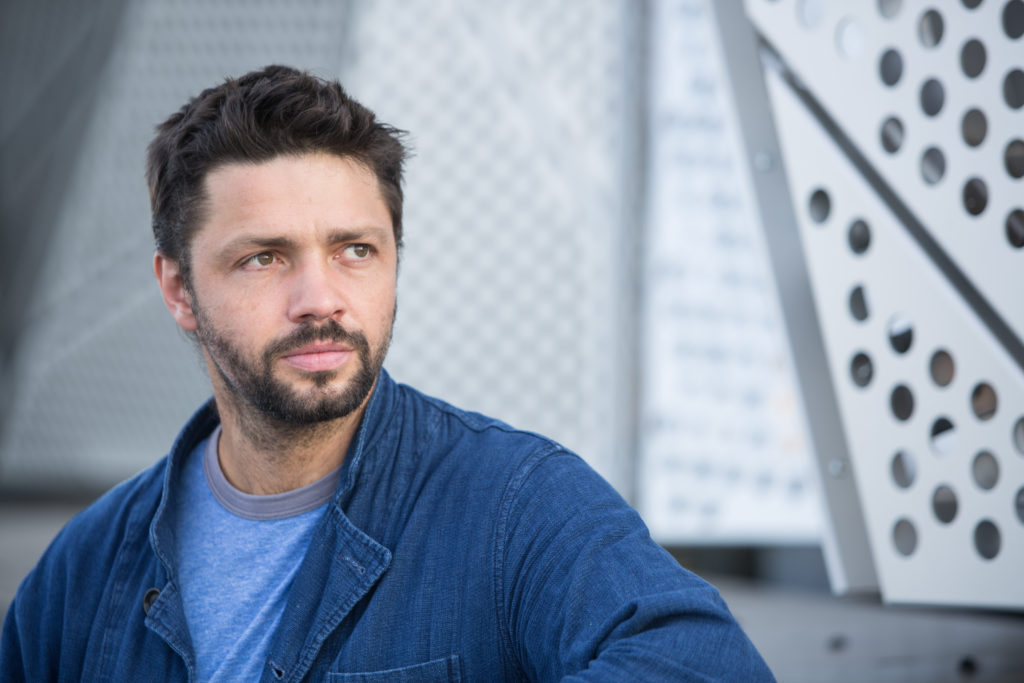 The project committee has commissioned Conrad Shawcross RA, the youngest Royal Academician, to create the artwork

The project committee have since launched a crowdfunding appeal to raise £135,000 to cover the cost of the artwork and installation.

They have already won funding from a range of supporters, including the London Borough of Hounslow, London’s Royal Academy of Arts, poet Anne-Marie Fyfe and the Irish Embassy in London.

“What’s more striking about the backers”, Dallat says, “than the mix of poets, actors, painters, conservationists, Yeatsians (including Roy Foster, Yeats’s official biographer, for example) and Irish-Studies academics, is the range of ordinary Londoners, and people of Irish or Irish-in-Britain heritage who want to acknowledge Ireland’s contribution to a shared British/Irish culture.”

He added: “Backers from Ireland, too, who recognise London’s historical value as economic resource, opportunity and challenge, and who recognise that living in London is a shared Irish diaspora experience that’s central to, and inseparable from, modern Ireland’s sense of self.”

However they have just days left to hit target by their May 11 deadline.

with just over three weeks left to the 11th May deadline.