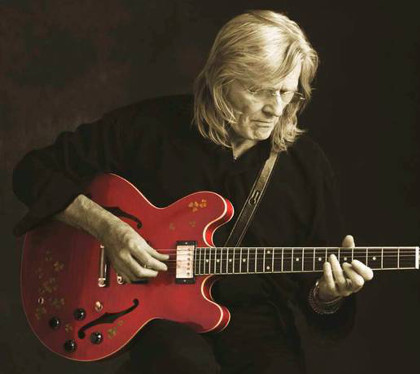 McCullough's voice can be heard right at the end of Pink Floyd's 1973 song, Money

SIR Paul McCartney has led tributes to former Wings guitarist Henry McCullough who died on Tuesday, June 14 at the age of 72.

McCullough, from Portstewart, Derry, was one of the best-known guitarists in the world and joined Paul and Linda McCartney's band, Wings, in the 1970s.

The guitarist, who jammed with the likes of Jimi Hendrix, Marianne Faithfull and The Who, had a heart attack almost four years ago and never fully recovered.

McCartney praised McCullough for his talent and also for his guitar solo on Wings' number one single, My Love, on his website.

"I was very sad to hear that Henry McCullough, our great Wings guitarist, passed away today. He was a pleasure to work with, a super-talented musician with a lovely sense of humour. The solo he played on My Love was a classic that he made up on the spot in front of a live orchestra. Our deepest sympathies from my family to his," the former Beatle said.

The guitarist joined Wings in 1972 and released Give Ireland back to the Irish that same year.

The song, a reaction to Bloody Sunday, was banned from being played in Britain at the time but reached number one in Ireland and Spain.

McCullough's brother, who was still living in the North of Ireland, was beaten up by Loyalists because of the song.

Before Wings, McCullough was a member of Joe Cocker's band and was the only Irish man to play at Woodstock in 1969.

The Derry man's voice can also be heard on the closing bars of the famous Pink Floyd track, Money.

While Wings were recording at Abbey Road studios in London in the 1970s, the Floyd, who were next door, asked the band to come in and record some soundbites to include on the track.

McCullough's line: "I don't know, I was really drunk at the time," describing a fight he'd had with his wife the night before, was included on the single from The Dark Side of the Moon.