For some exasperating reason, every time an Irish person-- be they an actress, sports star or musician-- makes the headlines, UK newspapers are quick to claim them as their own.

Saoirse Ronan, Colin Farrell, Katie Taylor and countless other exceptional Irish people have been claimed as British by UK media in the past, and it was only a matter of time before it happened to the phenomenon that is Normal People.

Written by an Irish author, set in Ireland with a majority Irish cast and crew, with the characters going to the Debs and doing their Leaving Cert and sinking pints in a rural Sligo pub, it's practically impossible to mistake this as being anything other than Irish-- but the British newspapers have managed it anyway.

The Daily Mail claimed that the Kildare actor "lead the British Emmy nominees"... 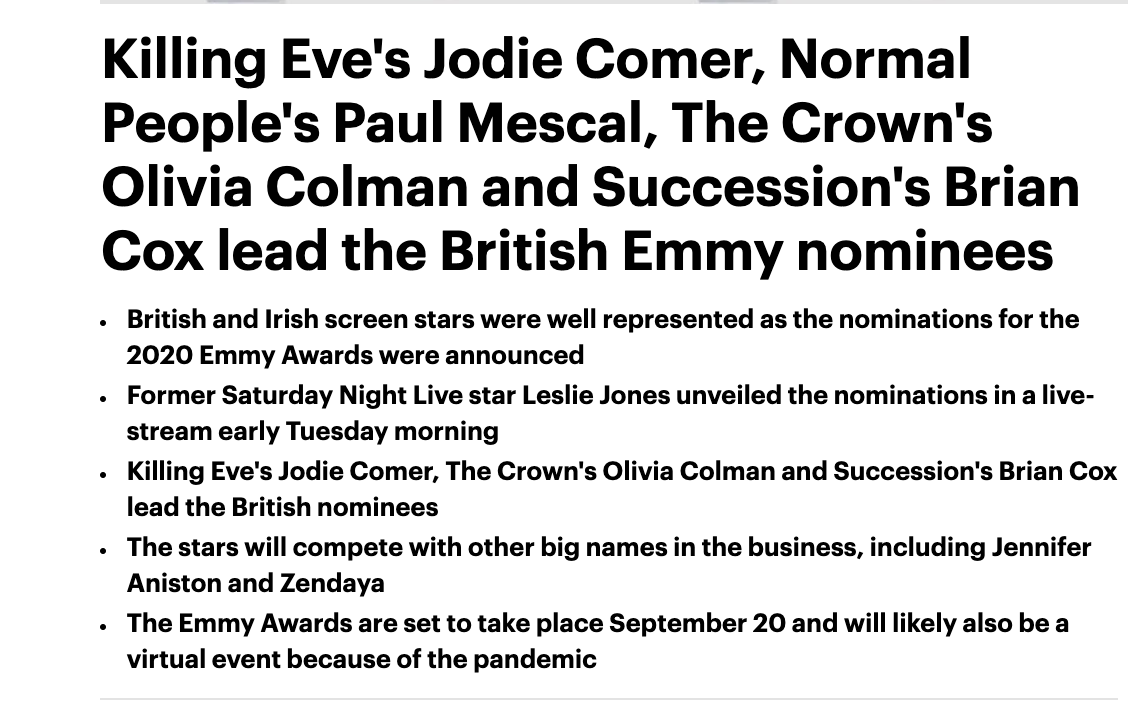 ...while The Guardian wrote that there was a "strong showing for British talent including Paul Mescal nominated for Normal People"-- also claiming that Dubliner Andrew Scott is British.

Teh Guardian has since changed the article to say "British and Irish talent". (The Guardian)

While, sadly, we should be used to this by now, the fact that this happens every time an Irish person makes the headlines has made people more annoyed each time.

"Irish simply means British to some English people, and they've never had to think about why it isn't."

Galway actress Nicola Coughlan of Derry Girls fame asked "Why is this still happening in 2020?

As Irish Twitter went into meltdown with the newest annoyance, Normal People's Paul Mescal, whose Emmy nomination caused the storm, decided to set the record straight.

Until next time then...