IRISH ACTOR Domhnall Gleeson has become the latest victim of being wrongly identified as British.

It was only a couple of months ago when we were collectively losing our cool over the relentless Briritsh press referring to world champion boxer Katie Taylor as British. Now, Goodbye Christopher Robins and Star Wars: The Last Jedi star Domhnall Gleeson has become the latest victim at the hands of the British Airways in-flight magazine. 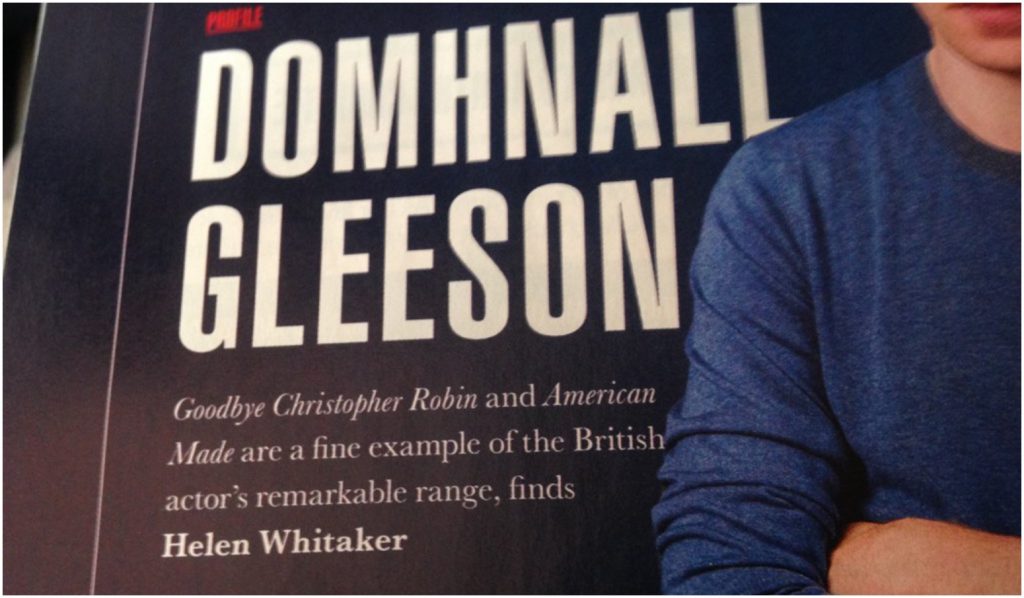 The article which appeared in the British Airways in-flight magazine. (Picture: Twitter)

There's just no excuse for this one. Domhnall Gleeson is as distinctly Irish as any of us, with that crop of red hair, the thick Dublin accent and not to mention being the son of Brendan Gleeson.

Now, British Airways, just to make sure that this mistake isn't repeated, here's Domhnall emphasising his Irishness by teaching you how to pronounce his undoubtedly Irish name!