THE new musical/drama Blood Upon The Rose, written and directed by Gerry Cunningham, is set for a much-anticipated appearance in the Apollo Theatre Hammersmith on Saturday March 30, 2019.

The show tells the tragic love story of Grace Gifford and Joseph Plunkett, a searing tale set against the background of the Easter Rising in Dublin 1916.

The couple’s courtship, marriage in jail and Plunkett’s subsequent execution the morning after they are wed, are brought to life in this compelling and absorbing production.

The original script and music are the culmination of lengthy research and writing by Armagh man Gerry Cunningham, someone who posses a wealth of experience when it comes to music and drama.

The production includes original songs written by Cunningham and performed by members of his Celtic rock band More Power to Your Elbow. 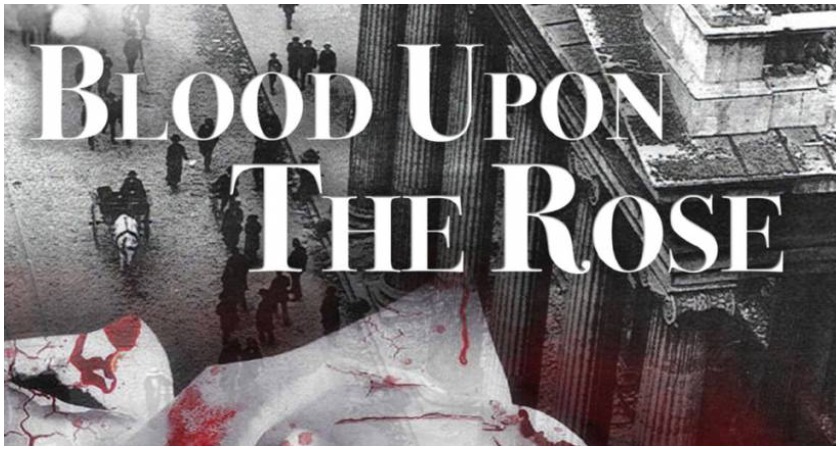 The show is coming to Apollo Theatre Hammersmith on Saturday March 30, 2019

The love story of the two Dublin-born protagonists form the focus of the drama. But the violence of this turbulent era is captured onstage. Fighting and looting scenes are faithfully recreated and some surprising, lighter moments are woven into a rich historical tapestry.

Although the subject matter is poignant, dramatic and uplifting, there is humour there too.

"I found out that Joseph Plunkett loved to roller skate, of all things. I’ve included that in the production, so that gives some light relief," says Gerry.

"Apparently there was a craze for roller skating sweeping across Dublin at the time and rinks were opening all over the place. I think in a story like this it’s important but to have a little humour as well."

A superb cast of over thirty River Tall Theatre Company, led by Lauren McCrory as Grace Gifford and Daniel Donnelly as Joseph Plunkett, retrace the steps of history and bring both knowledge, enjoyment and emotion to a well-told story that sowed the seeds of freedom and gave birth to a nation.

Plunkett and Gifford — The Facts

Joseph Plunkett, struggled with illness throughout most of his life and was barely fit to take his part in the momentous events of 1916. Nonetheless this mild-mannered, eccentric son of the papal count George Noble Plunkett defied his ill health to become Director of Military operations before and during the Rising.

His fiancée Grace came from a slightly different background. Her parents were both wealthy middle class Dublin unionists, and staunch Protestants.

Yet Grace and Joseph fell in love. Their interest in the arts, and their deeply held Christian values helped bind the pair together — until the shots at the Kilmainham executions bring their love affair to a savage ending.

Joseph’s part in the rising features prominently in Blood Upon The Rose as does his relationship with Pearse, McDonagh, Clarke, Connolly and the other leaders of the rebellion. His fierce courage and strong leadership in the GPO on Easter are brought out in this production.

Plunkett's marriage to Grace in a dark candle-lit chapel the night before his execution touched the hearts of a nation coming to terms with the aftermath of this momentous event in Irish history.

This particular event in the rising was brought to the fore much later in 1985 with Frank and Sean O’Meara’s writing of the beautiful song Grace.

Gerry Cunningham lives near the village of Loughgall in Co. Armagh. He is an acclaimed academic and historian, with a history buff with several and amateur theatre productions behind him.

He is also chairperson of the Robert Emmet Gaelic Football club in Armagh, which he describes as “my other great passion”.

Blood Upon The Rose has already appeared in Glasgow, Dublin and Belfast, to sell-out audiences and first class reviews.

For more information or to purchase tickets, click here.