Close your eyes and pull like a dog: Irishman’s impressive song in honour of Olympic pair the O’Donovan brothers

AN IRISHMAN has penned an impressive song inspired by the O’Donovan brothers, following the Skibbereen pair’s rowing success at the Rio Olympics.

Brian Burke says he was walking in a Hertfordshire meadow when the O’Donovan’s silver medal heroics inspired him to write a tribute to the brothers.

Burke, who founded the Baldock Fleadh and fronts the Trad band Gor Jus Wrex, explained the inspiration behind the tune to The Irish Post.

“Our fiddler player Georgie had the O’Donovan’s brilliant interview on her phone and one phrase stuck in my head,” he said.

“I was walking the dog and on the way up the hill she started to pull in the direction of some sheep as the sun beat down. I thought; ‘there’s a song there’.

“The air and jig came to me on the way back over the fields.” 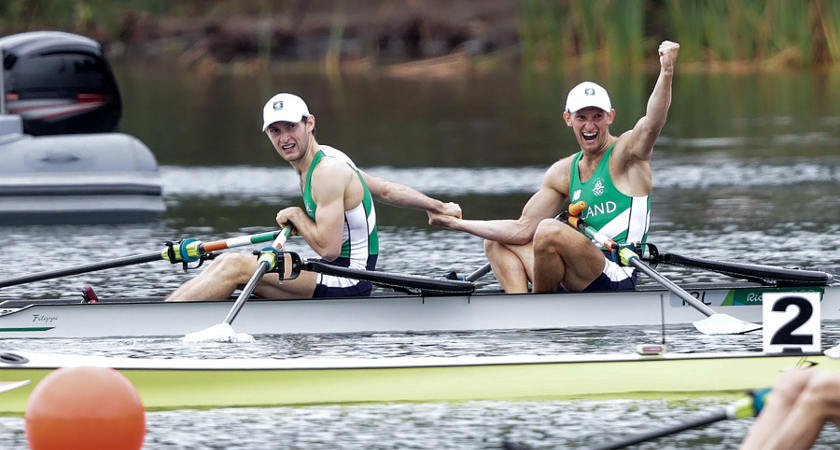 The O'Donovan brothers celebrate after winning their race [Picture: Inpho]


Brian took the song to his friend and well-known piper, John Devine of Comhaltas fame, and last weekend, with talented musicians from the Devine Family and Gor Jus Wrex, they set about recording the song in John’s studio.

John said: “I have mixed in some choice words that the O’Donovan boys gave in their interview.

“Both my wife Caz and my son Joe have played on it so it has a real family feel to it.”

Brian added: “It was not only their genius at rowing but their unique interview technique that inspired this song. And of course our little dog Lotty.”

So close your eyes, pull like a dog and give this brilliant tune a listen...