Is this the most confusing signpost in all of Ireland?

A MAN who was visiting Ardara, Donegal has expressed his astonishment over a confusing set of signposts.

Posting on Reddit, a man nicknamed 'BluBarry4', shared a photo of two signposts which had signs attached to them from top to bottom.

The signposts had signs pointing to different parts of the country, such as Glenties in Donegal, The Diamond in Sligo and the Owenea river in Donegal. 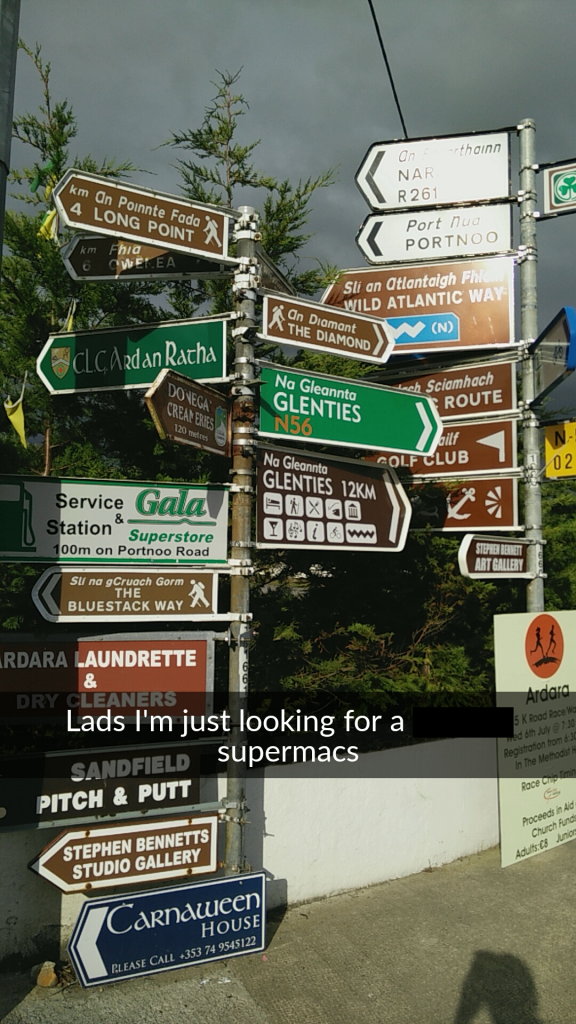 There were also signs for businesses and services such as a laundrette, a studio gallery and a B&B.

The text in the photo, which was taken using the mobile phone app Snapchat, underlined the man's bewilderment: "Lads, I'm just looking for a f**king Supermacs."

Ardara has a population of approximately 730 people and is located just 1km from the sea and approximately 110km from Letterkenny, Donegal's most populous town.

Many users on Reddit chose to comment on the fact that the man was looking to go eat the Irish fast food chain, Supermacs, rather than the signposts.

One user said: "Why couldn't someone with a large billboard come down there and put all the arrows and names on the one board so we'd see Glenties, the Wild West way etc and know where things are."

Another user on Reddit pointed out that this is not a rare occurrence in Ireland, pointing to an area in Doolin, Co Galway flooded with signposts: 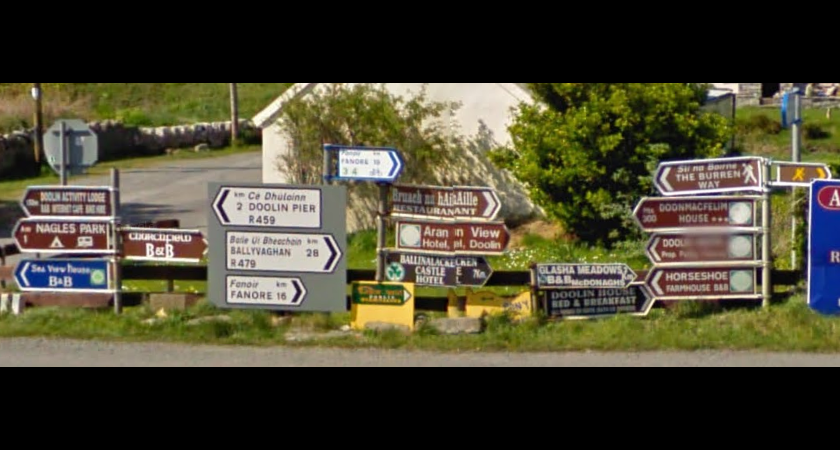 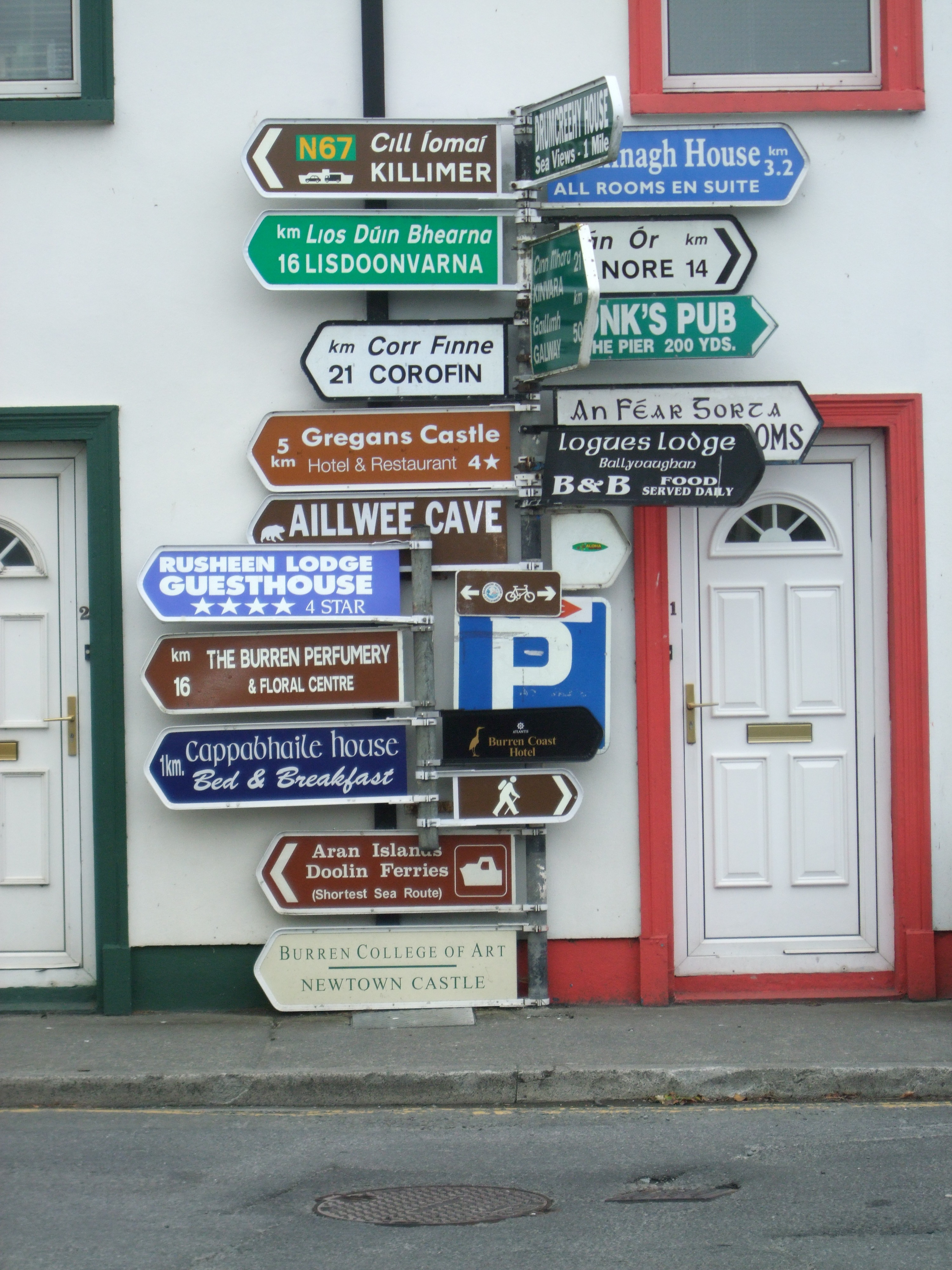