Disneyland has a secret leprechaun - have you spotted him?

The little man of Disneyland is very rarely seen,

But keep a sharp eye open and you’ll spy just where he’s been,

A tiny hat, a little pipe - he leaves them lying around,

But don’t think you can catch him ‘cos he barely makes a sound.

So here’s a clue you’ll no doubt need, he lives within a tree,

At home inside Adventureland; a life of harmony.

THERE’S plenty of magic and wonder at Disneyland, they’re never shy of telling us so. But some things were meant to stay hidden. Some things were supposed to remain a secret. But we here at the Irish Post have one heck of a scoop for you all; Disneyland has a secret leprechaun.

Somewhere within ‘Adventureland’ in the park in California, lives Patrick Begorra - ‘The little man of Disneyland’.

He’s a leprechaun who has a secret house hidden in the park, and while you might never spot him due to his elusiveness (typical, right?), you’ll see plenty of evidence of him in the surrounding area.

Little footprints, a lost shillelagh, even a gold coin or two. There’s a few subtle clues hidden around the place to help you find Patrick and his home - not to mention our little poem above!

Although don’t be too intrusive. Patrick is friendly, but like most leprechauns, he just wants a life a peace and quiet. 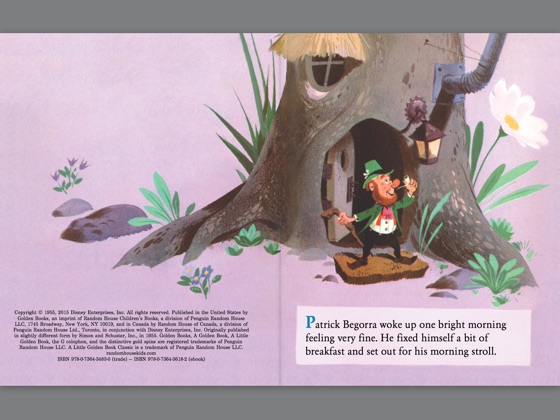 Patrick Begorra in 'The little man of Disneyland'

The legend of Patrick Begorra stems from a 1955 book, part of Disney’s iconic Little Golden Book series, prior to Disneyland’s opening.

The story goes that Patrick lived peacefully inside a tree in Anaheim, when one morning he spots a host of Disney characters; Donald Duck, Mickey Mouse, Goofy and Pluto walking through the groves with tools in hand and plans for construction. 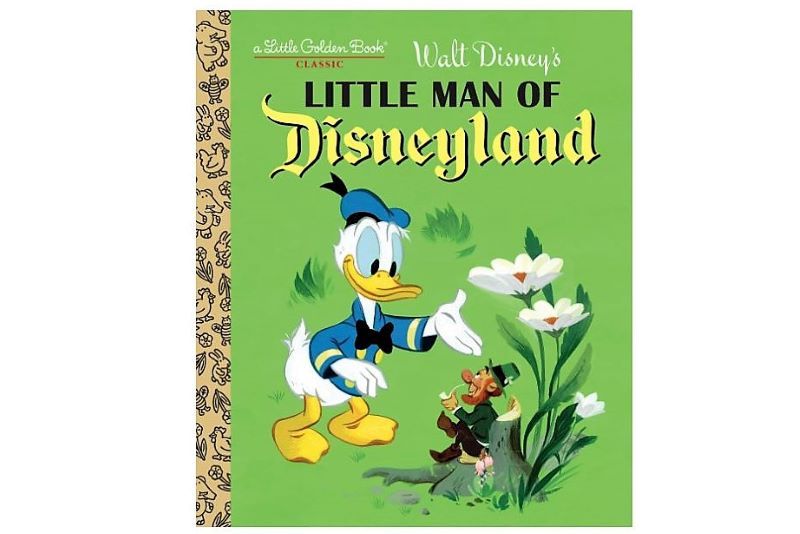 Patrick asks them what they’re planning to do with their tools, and after telling him who they were, the gaggle of Disney-ites explain to the little fellow their plans to build a fabulous theme park.

Begorra allows them to build, but asks them to provide him with a place he can live in the park, somewhere tucked away and quiet. As construction goes on, he muses about his status as the last leprechaun in Anaheim, after all the others had moved away.

When the time comes for his tree-home to come down, he packs his things and moves out - into a new tree he picked out for himself in Adventureland, where he’s lived ever since.

Disney capitalised on the book’s success by installing this tree into the park, but over time, due to frequent renovations, it was forgotten about and almost lost (ironic, that).

But in 2015, the tree was restored to its former glory (much to the delight of Mr. Begorra), and a few more clues have been laid to help you find it, since.

On your next trip, be sure to give say ‘Top o’ the morning’ to wee Patrick, I’m sure he’ll appreciate the friendliness. 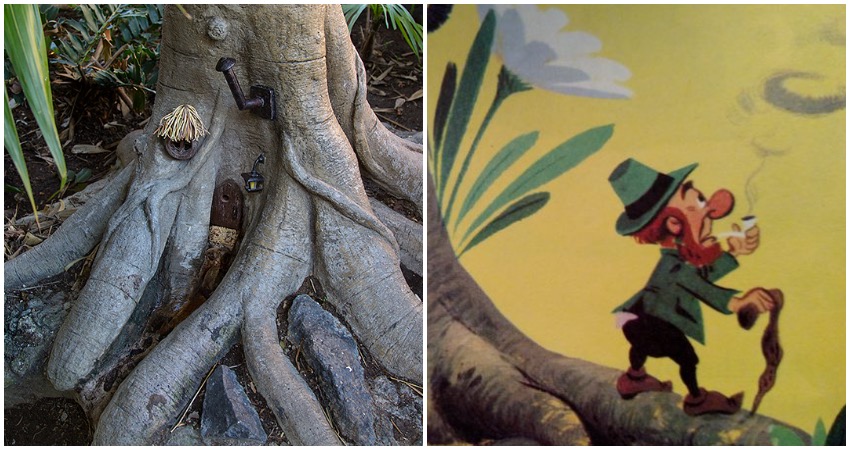 Uncanny. The little man of Disneyland lives in a tree in Adventureland