THE final performance by Dubliners star Barney McKenna will be broadcast on Christmas Day for fans across the globe.

In 2012 - the 50th anniversary of the foundation of The Dubliners in O’Donoghues Pub in 1962 - the world-renowned Irish folk group decided to play one final concert.

Over the previous 50 years the band, originally blessed with the iconic voices of Ronnie Drew and Luke Kelly and gifted with the musicality of Barney McKenna, John Sheahan and Ciaran Burke, had formed a musical brotherhood and entertained millions of fans with their unique brand of songs, tunes, stories and craic.

After 50 years on the road, Barney and John, the last surviving members of the original line up, decided to set sail on one last adventure.

In January 2012, the stage was set for a unique and memorable night inside the architectural splendour of Dublin’s Christ Church Cathedral.

That concert was filmed but the footage, which was lost for many years, has never been viewed, until now. 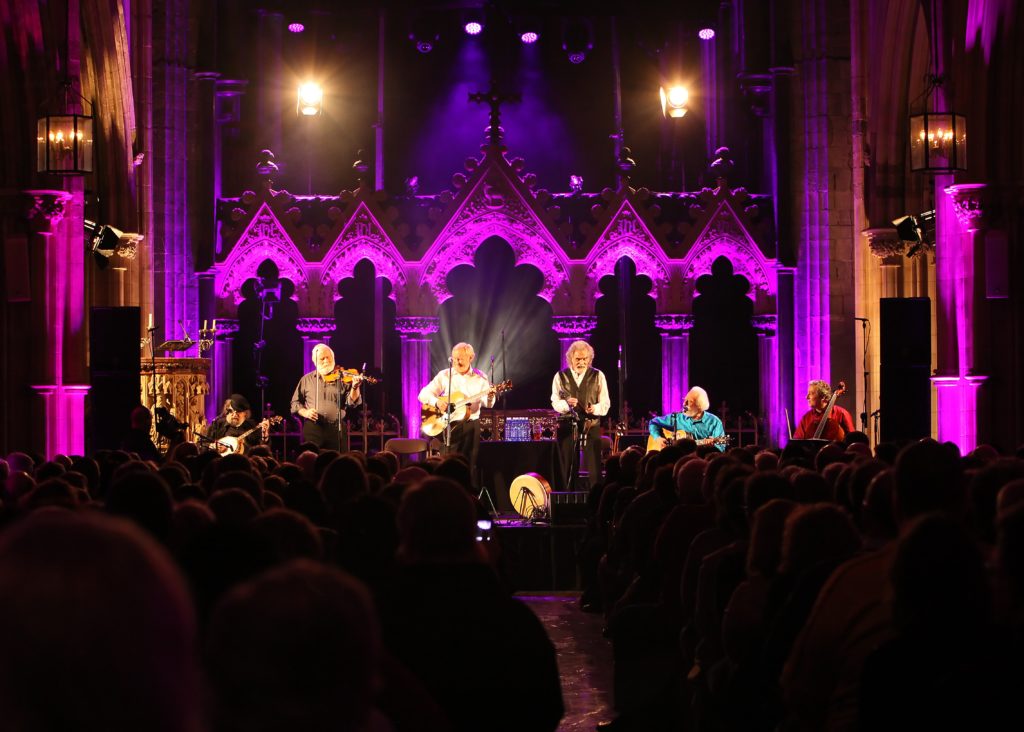 The Dubliners gig was filmed a Christ Church Cathedral

On Christmas Day TG4 will screen that poignant concert for the very first time.

It became even more significant due to the fact that Barney McKenna died two months after it was recorded, making it his final performance.

During the gig, The Dublin Gospel Choir join The Dubliners in a verse of The Auld Triangle, Molly Malone and for a very special rendition of Barney singing I wish I had someone to love me.

It also features the usual Dubliner’s classics, including Dirty Old Town, Whiskey in the Jar and The Irish Rover.

Declan O’Rourke sing’s Luke Kelly’s School Days Over, as well as his own masterpiece, Galileo, while John Sheahan plays the timeless Marino Waltz.

A spokesperson for TG4 explains: “The musical adventure that began in O’Donoghues Pub almost 60 years ago is set for a final encore.

“A moment in time that was almost lost forever, now promises to live long in the memory.”

The Dubliners - The Parting Glass will be broadcast on TG4 on Christmas Day at 9.55pm and available to view worldwide on TG4.ie.

The best of The Dubliners' bearded banjo player Barney McKenna