Festival season in Ireland: The best of music, arts and culture festivals across the island

THE Rose of Tralee, the Galway Races, the Ould Lammas Fair, Puck Fair — Ireland has more festivals than you could reasonably shake a stick at - there’s probably even a stick-shaking festival somewhere.

Whether your interests lie in comedy, music, theatre, opera, busking, drama, film, food or jazz, you'll find a gathering to suit your taste this summer.

We look at some of the biggest and best to come this year... 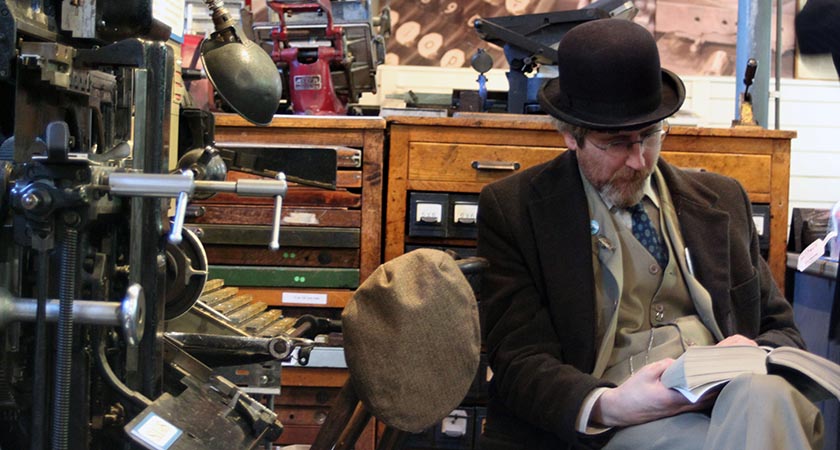 Bloomsday honours the walk Leopold Bloom made in Dublin as per the bewilderingly comprehensive novel Ulysses. Joyce’s book romps through Dublin and various literary forms: parody, fantasy, realism, as well as stream-of consciousness. The festival will feature talks, walks, pub crawls, theatrical presentations, readings and events such as the Footsteps of Leopold Bloom Walking Tour. Plus the odd gorgonzola sandwich and glass of claret at Davey Byrne’s.

A celebration of the music that Irish emigrants took with them in their wanderings across the globe. A special focus this year is one of the signatories of the 1916 Proclamation, Éamon Ceannt, a uilleann piper and a founder of Na Piobairí Uilleann. A concert called Remembering Éamon Ceannt will feature Lúnasa, Julie Fowls, Liam O’Flynn, Sean Keane (of the Chieftains) and Paddy Glackin.

Celebrations, partying and extravaganzas promoting and celebrating LGBTQ diversity. The highlight is the annual Pride Parade and post parade celebrations in Merrion Square on Saturday, June 25.

Music, opera, circus, theatre, dance, visual arts, festival trails and workshops are all included in Cork’s summer bash. Artists include Penny Arcade, Company SJ and the RTÉ Contempo Quartet, while homegrown Cork talent will be represented by the work of choregrapher Laura Murphy and theatre from Makeshift Ensemble and Brokencrow.

The 37th Carlow Arts Festival features three festivals in one — everything from comedy to discussions of ideas and writings in Borris House.

An adjunct to the redoubtable and internationally famous Hay Festival held in Wales, the Kells counterpart follows much the same literary template — readings, workshops, book launches, and political and environmental discussions.

Loughcrew House, near Oldcastle, Co. Meath is a fittingly grand venue for a spot of bel canto and the odd aria. This year’s special performances are Pigalle – Chansons de Paris and An Operatic Evening of Love, Lust and Intrigue. Dressing up in historical threads is wholly encouraged.

Featuring six days of events in the town centre, everything from street theatre, comedy and free live music events will be on show in the Tipperary town. An attractive feature are the festival cafes, with artists converting the town’s disused shops and offices into a range of vibrant workshop spaces.

It’s billed as “an incredible party on the edge of the world” and that’s not a bad description. Europe’s most westerly community, a green morsel of land off the coast of Kerry, is playing host to Daddy G, Norman Jay, Jerry Dammers (The Specials DJ set), The Correspondents and many more.

Galway Arts Festival is one of Ireland's largest and most prestigious annual arts celebrations. This year’s event features over 400 writers, artists, performers and musicians from across the globe. Highlights include Imelda May and Damien Dempsey, Elvis Costello, Suede and The Villagers.

A bilingual arts festival which aims to create unique cultural experiences in a variety of off-beat venues, from theatres and galleries to village halls, forests and beaches. The festival incorporates Donegal International Folk and Roots Festival from July 14-17, featuring current Irish folk brand leaders Lynched and Stick In The Wheel.

Music, sport, beauty contests, carnival parades, dancing, céilís and of course the crowning of Mary from Dungloe are all part of the proceedings at this long-running Donegal festival.

A week of soaking up the atmosphere, studying form, and hurling torn-up betting slips into the bin. Racing tips and tipple, fairground amusements and music, nags and naggins, plus busking, hawking and a knees-up of gigantic proportions.

Feakle, in Co. Clare, is a traditional music superpower, so expect the very cream of Irish music at this festival

Waterford’s international street festival erupts in a riot of colour, music and craic. One of the centerpieces of the festival is the Spraoi parade featuring hundreds of performers, flamboyant costumes, spectacular floats, incredible puppets, original live music and special effects. All events are free, so all you have to do is get there. 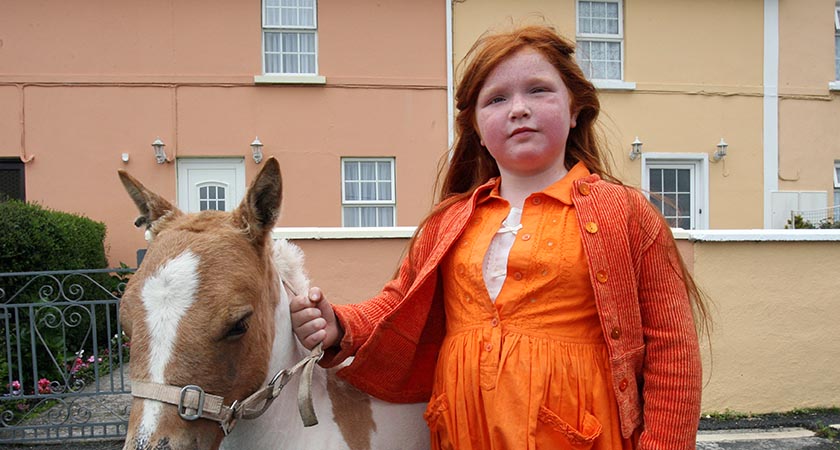 Puck Fair in Killorglin, Kerry, has been going strong for over 400 years. It’s a pretty much traditional affair, with hours of free family street entertainment.

Kilkenny Arts Festival will this year stage Ireland’s largest-ever celebration of the music of Mozart. Plenty of other stuff to divert you including traditional music, street theatre, talks and exhibitions.

Probably the biggest celebration of Irish culture anywhere in the world, this is a must for anyone with an interest in Irish traditional music. Ennis, which has proved itself an ideal place for the fleadh — this is its sixth visit here. Expect competitions, impromptu sessions, workshops and concerts. 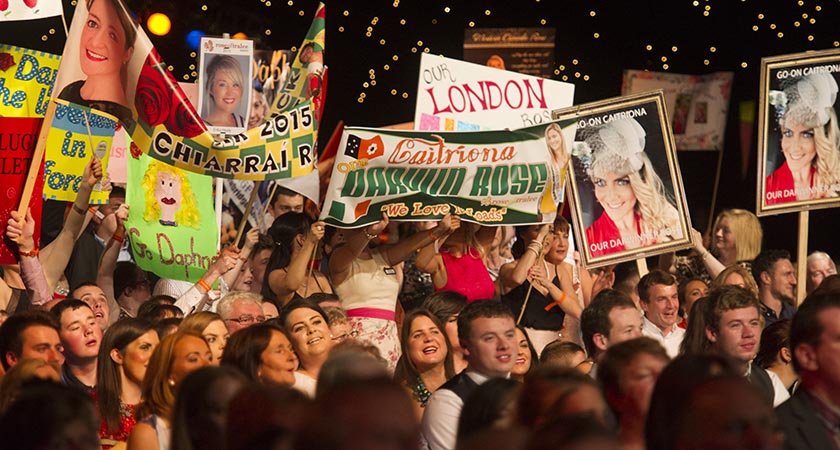 One of Ireland's biggest festivals — the Rose of Tralee. Picture: Photocall Ireland

The annual Kerry bash, when Tralee plays host to the world. The centrepiece is Rose Competition, now in its 57th year, where ‘The Rose’ from Ireland or the Diaspora is chosen. The Festival is themed on the love song The Rose of Tralee, by William Mulchinock, a 19th century wealthy merchant in love with Mary O’Connor, his family’s maid. 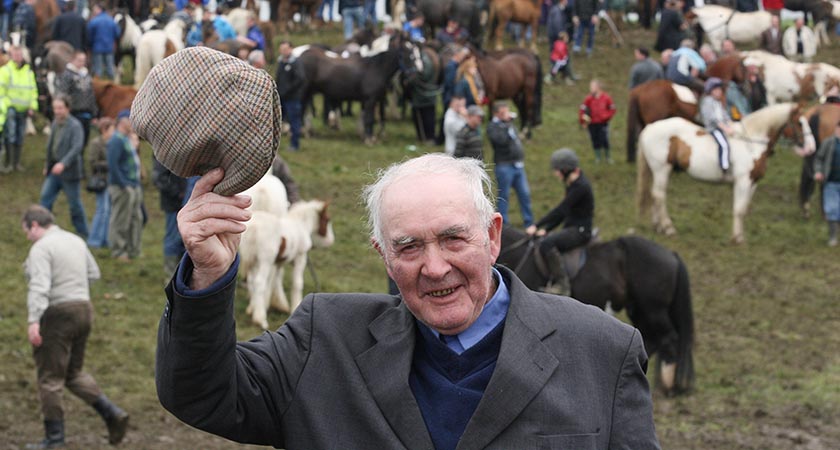 All the fun of the fair. Picture: Photocall Ireland

Ballycastle has been holding this event for almost 400 years. A cross between a large village fete, a country fair and a gigantic car boot sale, the narrow streets of the Co. Antrim seaside town are crammed with stalls selling everything from farm produce to toys and bric-a-brac.

The festival of romance takes place in Lisdoonvarna, Co. Clare. Matchmaking maestro Willie Daly, presides over all matters matrimonial: he’ll tell you the, er, rules of engagement. Even if you’re not looking for a life partner, the entertainment is top class, this year featuring country singer Nathan Carter.

The Clarenbridge Oyster Festival first began in 1954. Beginning on September 9, the event promises an extravaganza of seafood and culinary treats, as well as art exhibitions, yacht races, fine wine and gourmet evenings, traditional music and dancing.

The cosy little town of Clifden in Co. Galway seems to be just about the perfect place to hold a festival, particularly one that includes literary, musical and visual-arts happenings.

In Screggan, Tullamore, Co. Offaly, this is the very pinnacle event of the farming year in Ireland – a sort of Glastonbury/Tour de France rolled into one. More than 280,000 people attended last year’s competition. This year’s agricultural shindig will feature a tented trade village, a food fair, a motor show, livestock, fashion shows, sheepdog trials, the latest agricultural machinery and the national brown-bread baking competition.

A feast of fine food, stout and Guinness awaits those who make the journey to Galway for the oyster season — and not forgetting the World Oyster Opening Championships, a masquerade ball, live cooking demos and much more.

Featuring everything from film to world music, and from experimental theatre to folk, this is a major event in the international arts calendar, held mostly in the environs of Queen’s University.

Irish and international stars such as Dylan Moran, Nina Conti, Ardal O’Hanlon, Rich Hall and Phill Jupitus will be tickling the ribs in Galway.

Since the 1950s the annual Wexford Opera Festival has been a fixture in the international opera calendar. Long forgotten masterpieces have received the kiss of life here: this year’s festival feature operas from Samuel Barber, Gaetano Donizetti and Felicien David. Even if you haven’t got tickets for the main events, there’s street opera, stand-up opera, pub opera, and even operaoke — a type of operatic karaoke, if you hadn’t guessed.

Just in time for Halloween, Dublin has a weekend devoted to the life and legacy of the creator of the world’s favourite extravagantly-fanged count, Dracula.

Ireland’s longest-established jazz festival held in a variety of venues throughout the city now attracts names of huge international stature.