Finbar Furey: 'The gigs lasted for hours and the hangovers for days'

FINBAR FUREY has left an enormous mark on the Irish folk scene, ever since becoming the only Uilleann piper to win the All-Ireland, the Oireachtas medal and the Four Province titles in the same year, as a teenager.

Since then Finbar has achieved international success with his brothers Eddie, George and Paul in The Fureys, toured with the Clancy Brothers and the Dubliners and even appeared in a couple of Hollywood blockbusters – most notably Martin Scorcese’s Gangs of New York.

In 1995, Finbar wished a fond farewell to his brothers in The Fureys and embarked on a solo career as a singer, musician, songwriter and producer.

A gifted storyteller, much of the 72-year-old's songs are inspired by his childhood in Ballyfermot and his love of his native Ireland.

Perhaps Glen Hansard explained it best when he said: “Finbar Furey, even his name sings defiantly.”

Earlier this year, Finbar re-released his much-loved album 'Paddy Dear', with a number of additional songs. Renamed 'Don’t Stop This Now', he toured much of the UK and Ireland playing songs from this album as well as classics such as When You Were Sweet Sixteen and Green Fields of France.

Just prior to his appearance on the recent London special of The Late Late Show — where he performed a duet with Imelda May — Finbar spoke to The Irish Post about his life, career and the roots of the movement that turned Irish music into a global hit.

The roots of Furey

It’s generally believed that Paddy Moloney in the Chieftains and Liam O’Flynn of Planxty turned the Uilleann pipes, and consequently Irish music, into a sound recognised globally – but before them came the Clancys, and the Dubliners.

And before them, The Fureys held the fort. But they weren’t entirely on their own.

“Don’t forget the McPeakes in Belfast,” said Finbar of the Belfast family who wrote 'Will Ye Go Lassie Go' and kept the art of Uilleann pipe playing alive in the North, when the total number of Uilleann pipers worldwide numbered little more than 100.

Along with the McPeakes, Finbar was the first piper to break out of the hidebound strictures of traditional playing, taking the unique sound of the pipes to a worldwide audience.

It’s easy to forget today that Irish music was close to cultural extinction by the 1950s. It was regarded as a folk art with as promising a future as currach-making, and as moribund as Morris dancing.

Now, of course, traditional music is one of the most potent symbols of Ireland. And this is thanks to a small cabal of musicians who kept the tradition going through the hard times and the fallow years, and at its centre were The Fureys.

Not only did they do the unthinkable by playing guitar along with pipes, they wrote their own compositions: “We were one of the first folk bands to write our own music,” says Finbar — and he’s not talking about just the odd ballad here and there.

Finbar wrote one of the truly great airs of all time: 'The Lonesome Boatman'. Fast-forwarding to 2016, he wrote and played the music in the award-winning film The Wild Goose Lodge.

By the 1960s the world was waking up to folk music in general and Irish music in particular.

The Clancys were entrancing a whole new audience with Irish ballads; in America Bob Dylan and Joan Baez were breaking new ground, and in Britain the likes of Ewan McColl was building up a huge following with songs such as Dirty Old Town and The First Time Ever I Saw Your Face.

“It was a big revolution in music at that stage, at the end of the 1960s and it was great to be part of it,” recalls Finbar.

Those times on the road were exciting, and Finbar would jam with people like Billy Connolly (then a folk musician) and Gerry Rafferty

“Yeah, great times,” she says. “I went to Scotland for a short tour of 12 days with brother Eddie and stayed for three years.”

Among Finbar’s first gigs was playing with his dad Ted, a fiddler, in O’Donohue’s — a pub that was to become the epicentre of Irish traditional music.

Ronnie Drew played with the father-and-son duo, and slowly the rest of the Dubliners drifted into the picture — Luke Kelly, Bobby Lynch, Barney McKenna, Ciaran Bourke and John Sheahan.

The rest, as they say, is musical ethnography. 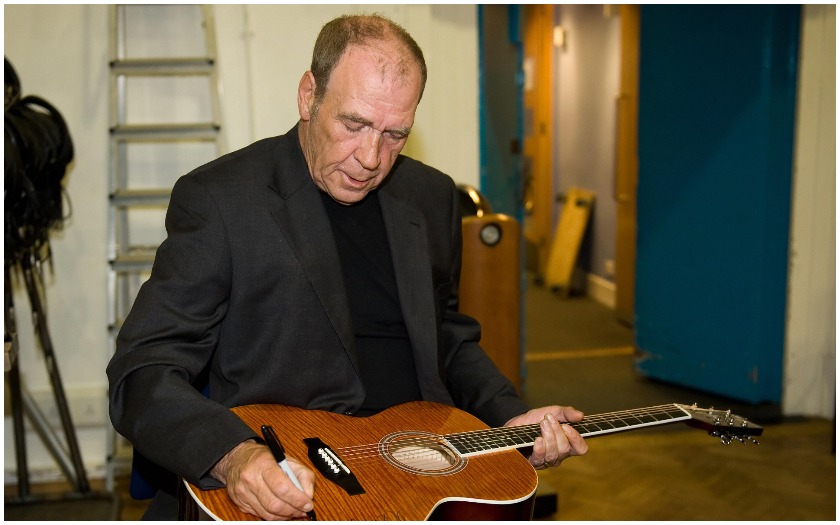 From O’Donohue’s to Top of the Pops

Finbar and brother Eddie were soon off touring the world — first with the Clancys, then with Scottish group the Corries — one of whom wrote the Scottish national anthem Flower of Scotland.

They then began touring on their own as a duo. Their brand of music soon found a resonance well beyond the confines of Irish communities. As Tommy Sands of the Sands Family put it, “The Fureys took Irish music out of the fridge and put a bit of heat under it.”

By the seventies the Fureys had become household names in Europe, treated like near-deities in Germany, France and beyond. For nigh on a decade they were the public face of Irish music on the continent.

Back then it was just Finbar and Eddie, but the elder Fureys were beginning to realise that playing as a duo had its musical limitations. Brothers Paul and George, along with Davey Arthur joined up.

“Jayz, but we were having a great time travelling the continent. The gigs lasted for hours and the hangovers for days.”

British chart success eventually followed in the 1980s with When You Were Sweet Sixteen, and The Fureys became one of only a handful of Irish bands to play on Top of the Pops. But soon Finbar decided to go solo, to pursue his own performing and songwriting career.

Today, Finbar has never been more creative. In the wake of a heart attack in 2013 which almost proved fatal, Finbar has been driven to write more material. Now at the age of 72, he is signed to BMG (Kylie Minogue, Rick Astley, Morrissey) and is releasing his new album Don’t Stop This Now.

“I’ve had a great life with the music,” he says, and to be fair, so have the fans.

Finbar Furey plays Union Chapel, London on Thursday, November 15 as part of the London Folk and Roots Festival and tickets are available HERE