Two popes, one house - here's the story behind the Netflix film

CURRENTLY two popes are alive at the same time and both live in the Vatican.

This is the first time in 600 years such a situation has occurred.

The present Bishop of Rome, the successor to St Peter, is Pope Francis.

His predecessor, Benedict XVI, shocked the world on the last day of February 2013 when he announced that he was to resign.

Anthony McCarten’s The Two Popes examines this extraordinary situation, and while doing so paints the story of a Vatican, if not exactly in crisis, then one that is in flux.

These uncertain times for the Church are made all the more remarkable by the existence of the two popes; men who are in many ways very different characters.

The template for the narrative is two great Vatican set-pieces: the first is the 2005 conclave which elevated the Cardinal Archbishop of Munich, Joseph Ratzinger, to Pope Benedict XVI.

The second is the 2013 conclave that chose the Buenos Aires-born Jorge Mario Bergoglio (runner-up in 2005) as Ratzinger’s successor.

Bergoglio, the first Jesuit to hold the post, became the first pontiff from outside Europe since the 8th century.

These two conclaves brought two very different men to the top of the world’s oldest organisation.

Their contrasting styles as they grapple with the problems of the Church, and indeed the world, are brought into stark relief by McCarten’s book. 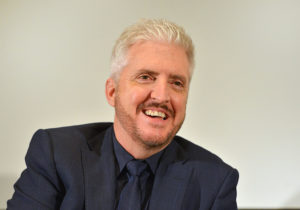 The two men do share some similarities — both are from working class backgrounds, both have long distinguished careers in the Church — and both, as McCarten’s book points out, have some murkiness in their past.

The Bavarian-born Ratzinger was, on his 14th birthday in 1941, conscripted into the Hitler Youth—as membership was required by German law at the time.

According to official biographies, the young Joseph was an unenthusiastic member who refused to attend meetings — this according to his brother.

But Anthony McCarten writes that his memoirs have drawn sharp criticism for their “unsettling selectiveness” and “their distinct lack of introspection regarding the atrocities committed by Hitler against the Jewish people — and the moral failings of German Catholics specifically”.

Ratzinger makes virtually no mention of (let alone apology for) the Holocaust, despite having lived close to the concentration camp of Dachau, just ten miles from Munich. 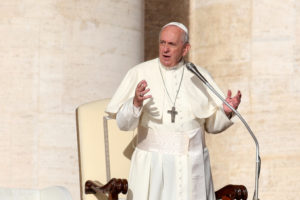 In the mid-1970s to early 1980s, the Catholic Church in Argentina was close to the ruling military junta. During their repressive regime, up to 30,000 dissenters were “disappeared” by the government. The future pope was already an archbishop in Argentina during this time — and crucially, he was in office when two fellow Jesuit priests were arrested and tortured.

It wasn’t clear why the two priests, both engaged in helping the poor but not involved in any guerrilla activity, had been targeted by the military authorities.

During questioning 34 years later into the junta’s concentration camps, Archbishop Bergoglio was found to be “evasive” and lawyers conducting an enquiry in a federal court in Argentina said they found his testimony “indicated a great knowledge on facts [pertaining to the abduction and torture]…but a great reluctance to provide all information”.

Thus the whiff of collaboration with a repressive dictatorship has lingered about Pope Francis, despite his widely recognised humanitarian work as a priest amongst the poor of Buenos Aires, and indeed his relatively enlightened views on social issues. 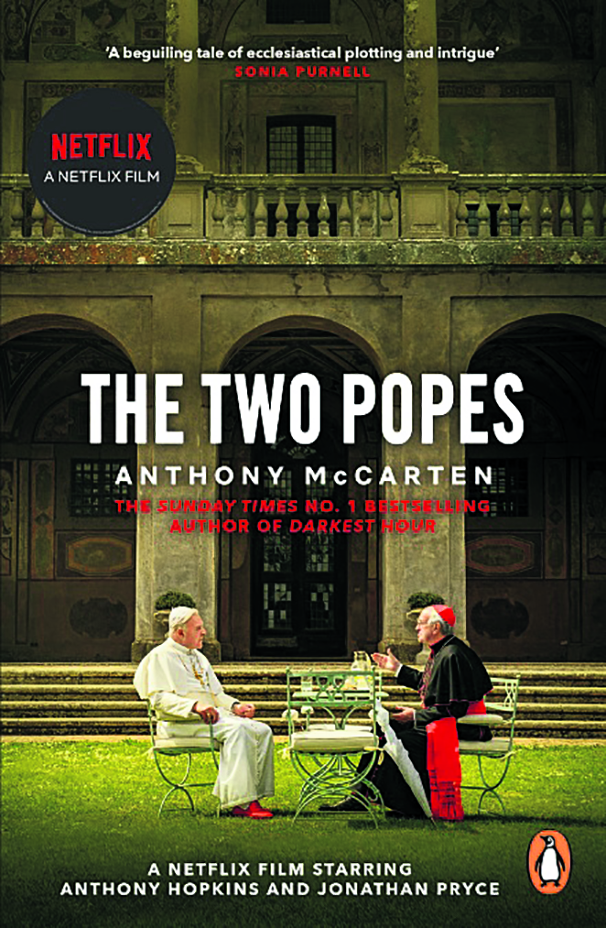 According to McCarten, Pope Francis is a ‘more-rounded’ individual that his predecessor. Francis is a fun-loving Argentinian who once worked as a bouncer at a tango club in Buenos Aires, is an ardent fan of football, and once even had a girlfriend.

In contrast, Cardinal Ratzinger — before becoming Pope Benedict XVI — had almost no pastoral experience and no notion of “the common touch”.

He is, according to McCarten, a reclusive theologian, “not known to be a fan of any sport, and has never, to our knowledge, spoken a romantic word to anther soul”.

He does, however, love music, is an accomplished pianist, and is particularly drawn to the compositions of Mozart. He also, as it happens, loves cats.

Cardinal Ratzinger’s job, under Pope John Paul II, was Prefect of the Congregation for the Doctrine of the Faith — better known by its former name, the Inquisition.

In that role Ratzinger earned the nickname “God’s Rottweiler”; he continues to abhor the “dictatorship of relativism” he perceives in Europe and the United States — that is, the general acceptance of everything from divorce and abortion to homosexuality. 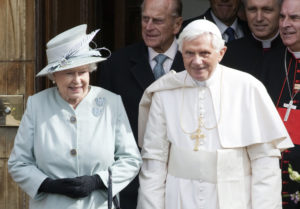 In fact the only traditional thing about the resignation was that Pope Benedict announced it in Latin.

In the long history of the Catholic Church, three popes have resigned, while 263 did not.

The 263 did what almost all followers of the Catholic Church expected them do — they died in office.

Anthony McCarten’s book conducts a fascinating study into what led to Pope Benedict’s departure from tradition, and in doing so he examines the extraordinarily different attitudes that the two popes have brought to the great scandal that has engulfed the church over the past few decades— that of clerical sex abuse, paedophilia, and the cover-up of these crimes.

The Two Popes is the inspiration of the Netflix production of the same name which has just been released (November 29) with Anthony Hopkins as Pope Benedict and Jonathan Pryce as Pope Francis.