A TV correspondent was caught with his pants down during a live television segment on an American news show.

With millions of us working from home these days, the idea of getting dressed up to go to work is a thing of the past, with most people choosing to don tracksuits and comfortable jumpers as we sit at our laptops, perhaps with the exception of video meetings on Zoom.

But one reporter in the US was caught in an awkward position when he dressed up for a live television segment-- but didn't think to dress down. 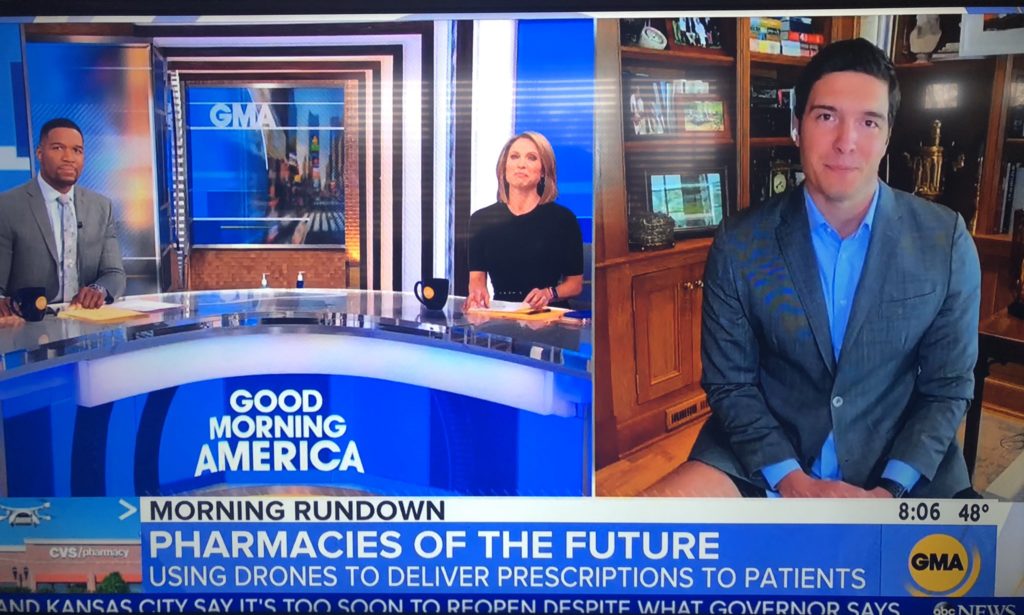 Reporter Will Reeve let the relaxed working from home routine get the better of him (Image: ABC)

ABC news correspondent Will Reeve, the son of the late Superman actor Christopher Reeve, was appearing on Good Morning America on Tuesday morning to speak on how drones would be utilised to deliver prescriptions to those in need, and was dressed smartly in a shirt and jacket.

All seems normal-- until the camera panned away at the end of the interview to reveal his bare legs.

As eagle-eyed viewers spread the image on social media like wildfire, 27-year-old Will took to Twitter to clear the air, and was good-humoured about the whole ordeal despite admitting "I will not be getting hired as a camera operator any time soon" -- and also promised that he was, in fact, wearing gym shorts underneath the shirt.

*in the most hilariously mortifying way possible https://t.co/2NQ85QEJVr

Trying to explain the mistake, which is sure to be immortalised in every 'Live TV fails compilation' from now until the end of time, Will said:

"Trying to be efficient I got ready for a post-GMA workout a little too soon this morning.

"The camera angle, along with friends, family, and several hundred strangers on the social media made me rethink my morning routine.

"Any sartorial tips from these people who are wearing a belt, trousers and shoes during their work video calls at home are most welcome.

Now, back to work. Wearing pants."

We can't exactly say we've all been there-- but fair play to him for seeing the funny side.

The Irish Post Country Music Awards 2018: Make sure to tune in tonight for an evening to remember live on TG4