Three Irish performers on the magic of the Edinburgh Fringe

IT’S that time of year when thousands of Irish entertainers play their part in doubling the population of Scotland’s capital city for the Edinburgh Fringe Festival.

In particular, comedians have come to boss the experience, scooping awards and forging successful careers while drawing in legions of punters from around the globe. But it can be a daunting month, even for the veterans.

David O’Doherty has been a regular draw at the festival since the late 1990s while Jarlath Regan is about to embark on his seventh one-man show in a row. But why do the comics keep coming back to the Fringe and how vital a role has it played in their careers? 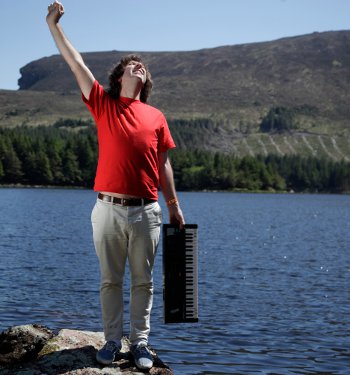 Kildare’s Jarlath Regan believes there’s no better place to be on a hot August night for both atmosphere and amusement; it’s the place where he’s lived out career defining highs and incredible lows.

“It (Edinburgh) is overwhelming and it hits you like a truck the first time,” he says as he explains what it felt like when he first arrived in 2007.

“It’s like going to New York and you are an ant at the foot of this giant beast, but slowly and surely it dawns on you that there isn’t a beast; we’re the beast.”

David O’Doherty has a clutch of comedy awards under his belt and is now something of an old-timer at the Fringe, he offers an insight into his journey: “The first time I went over was 1999, I had never been to anything like it in my life and no other festival compares.

"I came home after a month of over-excitement, which is a silly way to be in your 20s but it was a mix of that with absolute tiredness.

“You need a lot of inspiration to keep going, particularly your first time because you work really hard for a month and then you are five grand down. But you get so much from it. I no longer lose money and I can control the excitement.

“It’s still the Tour de France of the comedy year; I can’t imagine ever not doing it. Having the deadline in front of you means that you have to have the show ready. Someone once asked Cole Porter what came first, music or lyrics. He said: ‘the phone call’; that’s how it is for me.”

Currently on his way over from Paris is newcomer Adam Caslin.

A former estate agent, the Dubliner is part of this year’s free Fringe. His show, Nobody’s Boy will take well known songs by the likes of Nina Simone and Rufus Wainwright and reinterpret them as part of a performance-based narrative.

He explains why the festival has become a rite of passage for Irish entertainers: “For me it represents a real opportunity to make new ground and build my reputation as a performer.

"There are booking agents and industry people that go to the Fringe and Irish artists have been propelled into the spotlight in a way wouldn’t happen in Dublin or London. I’m hoping to make the contacts to get to the next level.

"You are putting everything on the line in the hope that someone will like what you do.”

Jarlath Regan has gradually built a successful stand-up career since 2007. His first festival led to a television series in Ireland. “The run went well,” he recalls, “and suddenly you weren’t a complete nobody; you were somebody that people might have seen on the telly, that was the first way in which Edinburgh helped my life.

“Apart from that, it’s just getting more work in clubs up and down the country in Britain. The relationships that I made that first year in Edinburgh I’m still working with now in 2013, so it’s nice to be nice to people.” 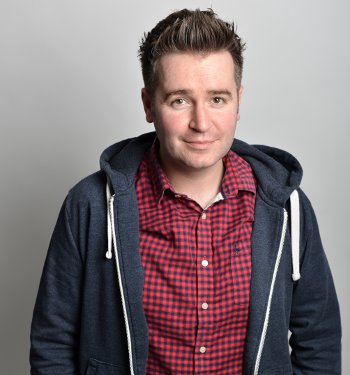 Currently Edinburgh is plastered with posters of comedians brandishing five-star reviews. It’s fair to say that these shows don’t always deliver on the promise. On the flip-side sometimes a bad review can kill off a show, but as David O’Doherty explains, the lows are an essential part of the experience.

“I once had four people in the crowd, they were competition winners and they left one by one,” he says. “As the last guy left he told me I was crap. But I wouldn’t change that experience for anything.”

Regan agrees the slumps are essential in learning your craft. “Sometimes you get hammered in a review for no good reason. These are kicks in the gut but like running a marathon, it’s a bump in the road; in the long run, you are still winning.

"That’s not to say that you don’t feel like going, ‘to hell with this’. With age and maturity you try not to get too excited about the highs and not too low about the lows, you try to maintain some kind of level playing field.”

For all three of the performers, opening night tension can be overpowering.

Adam Caslin is particularly pensive as he leaves his life in Paris for an uncertain future. “I oscillate from joy to terror,” he laughs. “You hit a point where you say, ‘I’m Irish, I’m going to have to just go for this’.

"At the heart of it I’m just very grateful to go in the first place and I’m proud of the show, you just want to give it your best and please God, hope it all works out.”

Certainly a sense of “the fighting Irish” has been a source of strength over the years when things are not going well. Community is also essential, as Regan admits. “You’ll never perform comedy under such difficult circumstances.

"Usually you will perform somewhere where you are maybe an hour from your home, but you are really out of your element up there and aside from your show, you’re often performing late-night events.

“Over the course you will perform around 100 shows. It’s exhausting and you’re away from your loved ones so to finish it and be like, ‘I did it’, regardless of what happens critically or in terms of your audience, that high is unlike any other feeling I’ve felt in my life.

“There is a sense of community but it’s a very peculiar community in that we are very rare fish and when we live in Ireland the fish-bowl is very small so there can be a bit of a struggle to swim to the top and battle for whatever food you can get.

"But it’s different when you take us out of our native water and bring that group to Edinburgh — when you see another Irish comic you tend to go over and bond or relate the struggle; we all experience the same problems.

“The Irish are among the most competitive people in the world and its part of the reason they make such good immigrants; we are our best export.

"When we go there, there is a sense of trying to prove ourselves and as friendly as most of us are with each other, I know that there’s a healthy rivalry between us and that’s what has allowed the Irish to nearly dominate things up there for the last 10 years.” 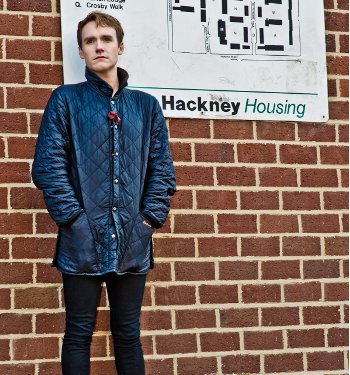 Significantly Irish comedy has held a heavy presence since the early 1990s.

And three masters of the craft scooped the prestigious Perrier award during that decade; Sean Hughes (1990), Dylan Moran (1996) and Tommy Tiernan (1998) proved the country’s dominance on the comedy circuit.

David O’Doherty won a modern version of the much-coveted award in 2008. “I was lucky when I started out at the end of this golden era for Irish comedy,” he says. “Father Ted was just finishing up and there was a lot of good will towards Irish acts at the Fringe.

"We never had a music hall tradition in Ireland; it was more of an old-fashioned story-telling thing. It wasn’t about the one- liner; I think that kind of thing appeals to Scottish people.”

Regan admits the awards are important in recognising talent but not something anyone involved in performing should grant too much attention.

“An award is a fantastic way of throwing light on someone that needs it, in that they need to live — it’s hard making a living from comedy and if an award helps one more person escape that difficulty then so be it and fair play.

"I doubt I will lose sleep about it at any point in my life; it’s for someone else to decide. The second that you start to worry about that kind of thing, you kind of lose the magic of what it is that you do.

"The most important award is when you walk to your venue and it’s full and then you leave the venue with the audience happy; that’s the best award you can get.”

Jarlath Regan: Djarlo Unchained is at the Assembley Rooms from August 1-25, 5.15pm.

Adam Casin: Nobody’s Boy is at Laughing Horse at Espionage from August 1-25, 9pm.