SIOBHAN O’KELLY may not yet be a household name but her CV is impressive nonetheless, boasting several top TV shows, including BBC’s Inspector George Gently.

This month, however, is all about the stage for the 32-year-old actress who is touring Britain as part of the first major revival in 50 years of double-play The Private Ear and The Public Eye.

It’s all a far cry from her first professional job, which she secured in her early teens.

“It was the most ridiculous thing ever,” she says of the job that whetted her appetite in pursuing acting as a career. “It was a safety video on how to cross the road and cycle a bike, I loved it. I loved being on set.”

O’Kelly’s journey to the stage grew from there and took shape in Ireland. She is a native of Connemara, where she landed the role of Ciara in TG4’s flagship programme Ros na Rún in 1996.

“As a 16-year-old I was on that soap opera. Ciara was supposed to be somebody’s girlfriend for 12 appearances, and then that turned into four years. So that’s really how I started.

"I went to university at the same time in Galway. Then I started being offered more work, so I left Ros na Rún and moved to Dublin. I kind of did it backwards.”

Her non-formulaic career progression led O’Kelly to move in 2004 to London — ‘home’ as she now refers to it — and to drama school for three years.

Adapting to life in London was not a straight-forward transition for the actress who admits that, being from the West of Ireland, she tended to watch more American shows, so was relatively unfamiliar with the English accent.

“I couldn’t get over the accents, and then of course my accent felt really different and they were always taking the piss out of my accent in drama school. It took me a while. For such close countries we are quite different.” 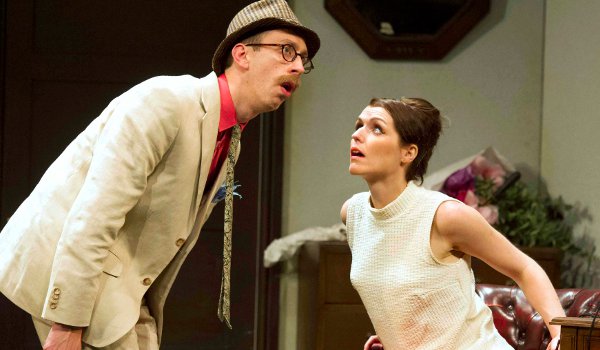 The actress eventually overcame her qualms about pronunciations and the English twang and went on to feature in Sky’s Treasure Island. Recently, she has filmed for the highly-anticipated Channel 4 series London Irish, which aired on September 24.

“The script is brilliant, it’s very irreverent and bold and I think it’s going to cause quite a controversy.”

The next few months will be busy for the actress who will not only be gracing our TV screens but also theatres across Britain in two one-act comedic plays — The Private Ear and The Public Eye — by acclaimed and multi-award winning British playwright Sir Peter Shaffer.

The audience will be treated to both one-hour-long pieces, performed in sequence on the same night.

Each play showcases the turbulent changing attitudes to love in the 1960s, but the highlight is O’Kelly tackling dual roles — she is the lead female, twice.

Although the rehearsal process was a challenging experience, O’Kelly says: “It was quite interesting going from one character to another, they have different accents.

"So, you’d be just getting into one and then you have to put it to bed for a day and tackle the other one. It certainly kept me on my toes. It’s a bit of a treat to see theatrically how that can be done.”

The play visited Dublin earlier this month and O’Kelly, understandably, enjoyed the opportunity to invite down her family and friends.

“Of course, family and friends they’re all delighted,” she laughs. “They don’t have to buy a flight over to London to see me!”