“EVER since writing the novel, I’d thought Room would work brilliantly on stage,” says Emma Donoghue.

“Because it’s such a theatrical premise,” she adds, “it's two people in a room making a meaningful world out of everyday objects.”

Now based in Canada, the Dublin native is referring to her bestselling novel of 2010, which tells the story of Ma and her son Jack, who are held captive by her kidnapper in a purpose-built room in his garden for seven years.

Upon its release the book became an instant international hit.

Five years later the story proved popular once again when it was adapted by Donoghue for the silver screen.

So, while Donoghue has continued to write and publish other work in the years that have passed since the birth of Room, it is clear when talking to her that she is excited to be back working on the story and preparing it for a turn on the boards. 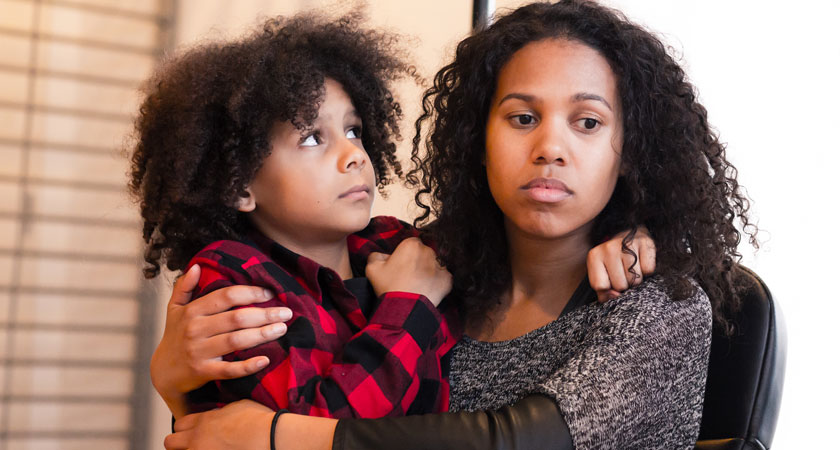 “I think fans of Room the novel will be engrossed and moved by the play because it’s a lot more like the novel in that it captures Jack’s voice and stream of consciousness,” Donoghue says.

“Adaptations are always hard, but they are so worth it.

“You can’t see it as a taking away from the story, but a transformation. A retelling of the story using totally different techniques.”

Of course working on the adaptation has meant sharing the job of creating Room the play with its director, Cora Bissett, much like she did with Abrahamson when working on the movie.

“What was similar between the adaptations for film and play was that I had extraordinarily gifted collaborators who made the process of change a joyous thing rather than a scary one,” Donoghue admits.

“Above all, our director Lenny Abrahamson in the case of the film and director and songwriter Cora Bissett for the theatre version.” 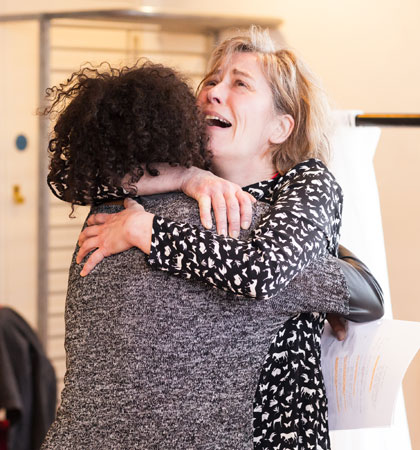 However, working on the theatre production – which Donoghue admits has taken a “few years” to pull together – has also allowed the writer to explore her story in new ways.

The play, which will open at the Theatre Royal Stratford next month, before going on tour in Scotland and Dublin, has come together after many drafts, much workshopping and “exploring the material with actors and experts in design, lighting and sound,” Donoghue explains.

“This is really my favourite kind of work,” she says. “The rehearsal room is a space in which every joke, every stumble, every mad idea is welcomed,” she adds, “but the biggest challenge, I think we’d all agree, was how to represent five-year-old Jack.”

The writer finally overcame that obstacle by having Jack played by both an adult and a child actor at the same time – a method that wasn’t workable for the novel or the film version.

“Our device of having Big Jack and Little Jack share the lines and the acting of Jack the character has some really interesting effects,” Donoghue explains, “suggesting the way in which we all entertain or comfort or challenge ourselves.”

Another new development for the stage version of Room is the use of songs.

“The songs by [Scottish songwriter] Kathryn Joseph and [director and musician] Cora Bissett have, what I can only describe as, an unearthly power, especially in bringing out all the dark emotions that Ma tries to shield Jack from,” Donoghue says.

With opening night due to take place on May 2, the cast – consisting of seven adults and three children (who rotate the role of Little Jack between them) – are now engrossed in rehearsals, and Donoghue is still very much involved, “fiddling with the script” where necessary.

“They’re rehearsing intensively at the moment, and it’s going splendidly,” she admits.

“So I have great confidence about how powerful the show is going to be.” 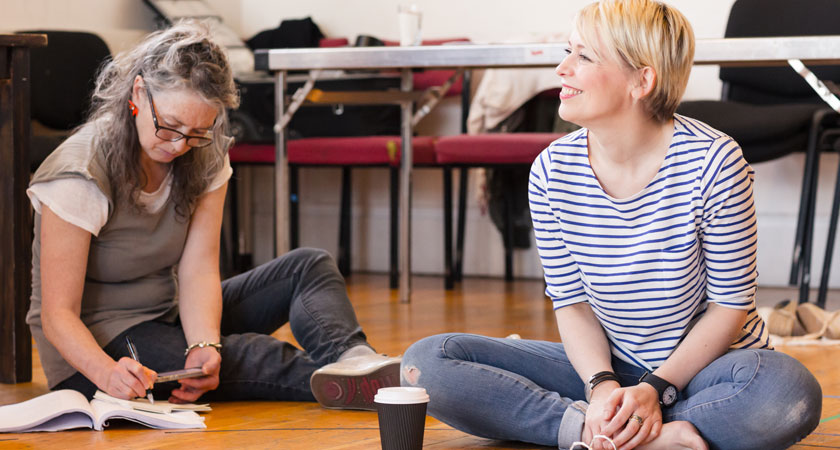 But although she’s excited to reveal the production to the theatre-going public, Donoghue is clear that this adaptation is the final outing for the story.

While the author claims the journey Room has been on is “absolutely wonderful”, she explains: “The success of the film actually really helped me write it as a play, because I felt that the film was so naturalistic that the play could go in the opposite direction and bring out all the theatricality in Jack and Ma’s world of play and danger.

“But that’s it for me now, if anyone wants it to become a graphic novel or an opera I’ll bow out.”

Regarding whether there’s potential to write a follow-up to Room, she says: “No sequel, never.

“I want Jack and Ma to live their lives in wonderful, anonymous ordinariness.”

And as to why Room continues to prove such a popular story, touching people across the world, she claims: “I’m still unable to explain that, except to say that I was lucky enough to hit on an idea that goes deep: that there’s something small and limited about anyone’s life circumstances, and we all dream of escaping them.”

Dates for the diary

The stage adaptation of Emma Donoghue’s Room is a co-production by the Theatre Royal Stratford and Abbey Theatre in Dublin in association with the National Theatre of Scotland and Covent Garden Productions.

Room runs at the Theatre Royal Stratford from May 2 – June 3. www.stratfordeast.com

Room moves to the Dundee Rep from June 13–17. www.dundeerep.co.uk

Room is at the Abbey Theatre, Dublin from June 24 – July 22. www.abbeytheatre.ie