10 cultural moments that helped define the Irish in Britain

10. “I’m feelin’ supersonic, give me gin and tonic, you can have it all but how much do you want it?”

Born and raised in Manchester to Irish parents, Liam and Noel Gallagher have ambitions for more than just cigarettes and alcohol. The brothers release their first single as Oasis. It’s April 1994.

9.“You must not laugh at me, darling, but it has always been a girlish dream of mine to love a man named Ernest.”

The Importance of being Earnest by Oscar Wilde is performed for the first time in London’s St James Theatre in February 1895.

8. People are dying NOW. Give us the money NOW.”

Live on the BBC, Bob Geldof appeals for donations to fight African famine as the great and the good of the music industry comes together for Live Aid on July 13, 1985. 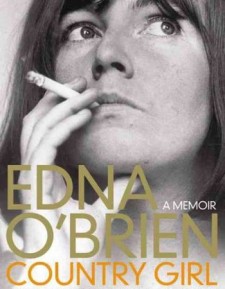 For the first time, Dermot Morgan, aka Father Ted, welcomes the world the living room of Craggy island parochial house and laughter echoes beyond the island for three cheery years and 25 Graham Linehan and Arthur Mathews-inspired episodes. The show was first broadcast Channel 4, April 21, 1995.

Edna O’Brien reflects on her ground-breaking first novel, Country Girls, which tells an Irish story of repression and sexual liberation. The book was first published in Britain in 1960.

Sex Pistol’s frontman and Irishman John Lydon, aka Johnny Rotten, sheds a bit of light on the Irish working classes in North London in his autobiography published in 1993.

Richard Harris assumes the role of uncompromising Rugby League star Frank Machin for one of the greatest sport’s movies of all time – This Sporting Life (1963).

David Tynan O’Mahony, aka Dave Allen built much of his reputation as a comic on his disdain for religion. The Dubliner first appeared on New Faces in 1959 and was regarded as Britain’s most controversial comedian at the height of his career in the ’80s. He died in 2005.

Corkonian Graham Norton appears on BBC Radio 4’s Loose Ends in the early 90s before breaking into the mainstream as Father Noel Furlong in the hit comedy Father Ted. “Now let’s see who can screech the loudest!”

Nationalists find an ally in Paul McCartney, who wrote the aforementioned song to draw attention to the plight of the North of Ireland. The single is released in February 25, 1972 and sneaks into the British Top 20. In Ireland it goes straight to No. 1.

...and 10 more key moments which have defined the Irish in Britain.

1. Britain’s National Health Service (NHS) is formed in July 1948 and goes on to become a pillar of employment for emigrating Irish nurses.

4. May 1968 and George Best scores in Manchester United’s 4-1 victory over Benfica in Wembley.

5. “I am confident that my death will do more to smash the British Empire than my release.” Lord Mayor of Cork Terence MacSwiney assesses the impact of his demise while on hunger strike in Brixton Prison. It’s 1920.

6. The date is March 14, 1991 when the men known as the Birmingham Six, Hugh Callaghan, Patrick Hill, Gerard Hunter, Richard McIIkenny, William Power and John Walker had their convictions quashed by the Court of Appeal.

7. June 1997 and Prime Minister Tony Blair issues a statement of apology for Britain’s part in the Great Irish Famine.