TWO Irish friends are set to feature in the debut episode of Sky’s new amateur cooking competition, My Kitchen Rules, which airs tonight.

Dublin-based duo Clare and Rebecca have been best friends for 18 years, but their friendship is put to the test in the debut episode of the UK version of the ‘smash-hit’ Australian series.

They are required to host a dinner party for the other six competing pairs from Britain and Ireland and the judges – baker and best-selling author Lorraine Pascale and Michelin-starred chef Jason Atherton.

Care worker Clare and barrister Rebecca claim their cooking style is ‘traditional Irish with a twist’ and welcome the judges to their pop-up Irish pub, Shenanigans. 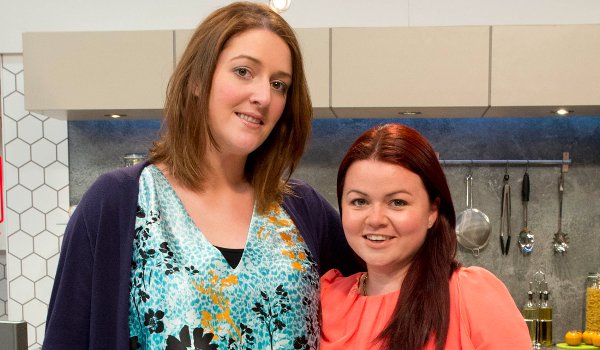 In round one, each pair of contestants must create an ‘instant restaurant’ in their respective home towns, with just one day to create a sophisticated three-course meal for the judges and rivals to rate.

The pair aim to create a modern twist on a traditional dish, including beef cheeks with colcannon, and a mystery dessert but it is yet to be seen whether it will receive positive reviews.

The duo with the lowest score will be eliminated from the process.

The various teams will represent their regions over 10 episodes and will face a number of challenges in the journey to be crowned the UK and Ireland’s best home cooks and win £25,000.

Episode One Series One airs on Sky Living HD tonight at 9pm.