SCOTTISH actor James McAvoy has revealed he based one of his Glass character’s multiple personalities on Irish actress Saoirse Ronan.

He made the claim when speaking to Irishman Graham Norton about the upcoming film, a sequel to Unbreakable and Split.

MaAvoy is reprising his Split character Kevin Wendell Crumb, a man with 24 different personalities, 20 of which appear on screen in Glass.

“I’m playing nine of the same characters I played in the last one [Split] and an extra 11 in this one,” he revealed on 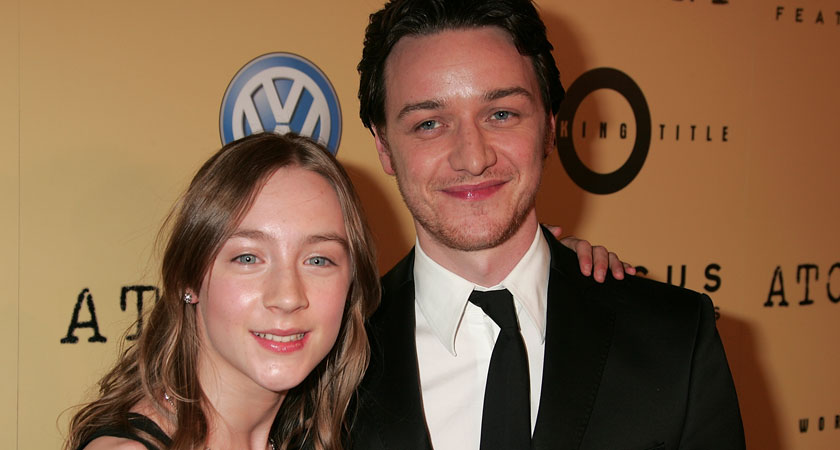 Saoirse Ronan and James McAvoy at the premiere of Atonement in 2007 (Image: Getty)

“The character does have 24 personalities and we actually filmed 23 of them, but when [director M Night Shyamalan] cut the film, he got rid of three of them.”

Before mimicking a young Ronan’s accent, he added: “One of the Irish twins is based on Saoirse Ronan when she was 12.”

McAvoy worked with Ronan when she was 12 on the 2007 period drama Atonement, a role that earned her a Best Supporting Actress Oscar nomination.

The reference to the Irish twins may refer in part to Mary Reynolds.

In the movie’s trailer, McAvoy’s character adopts an Irish accent when introducing himself as such to his psychiatrist Dr Ellie Staple, played by Sarah Paulson.

Paulson’s psychiatrist treats the trio, believing they are suffering delusions that they possess superhuman powers.

Dunn has to use his abilities to track down and stop Crumb’s dangerous 24th personality, the Beast.

Glass is released in cinemas in Ireland, Britain and the US on Friday, January 18, 2019