Ophelia Lovibond as Carrie Johnson and Kenneth Branagh as Boris Johnson for Sky's This England.

THE FIRST look at Kenneth Branagh as Boris Johnson in a new Sky TV show has been released, with the Belfast actor and director undergoing an impressive transformation to play the Prime Minister.

This England, a Sky Original drama, follows Johnson's tumultuous first months as UK Prime Minister and traces the impact on Britain of the first wave of the Coronavirus pandemic.

The drama takes viewers inside the halls of power, as Johnson grapples with the pandemic, Brexit, and a controversial personal and political life.

The events in government are interwoven with stories from around the UK, from the experts and scientists racing against time to understand the virus; the doctors, nurses and care-home workers on the frontline working tirelessly and heroically to contain and overcome it; and ordinary people whose lives were thrown into turmoil. 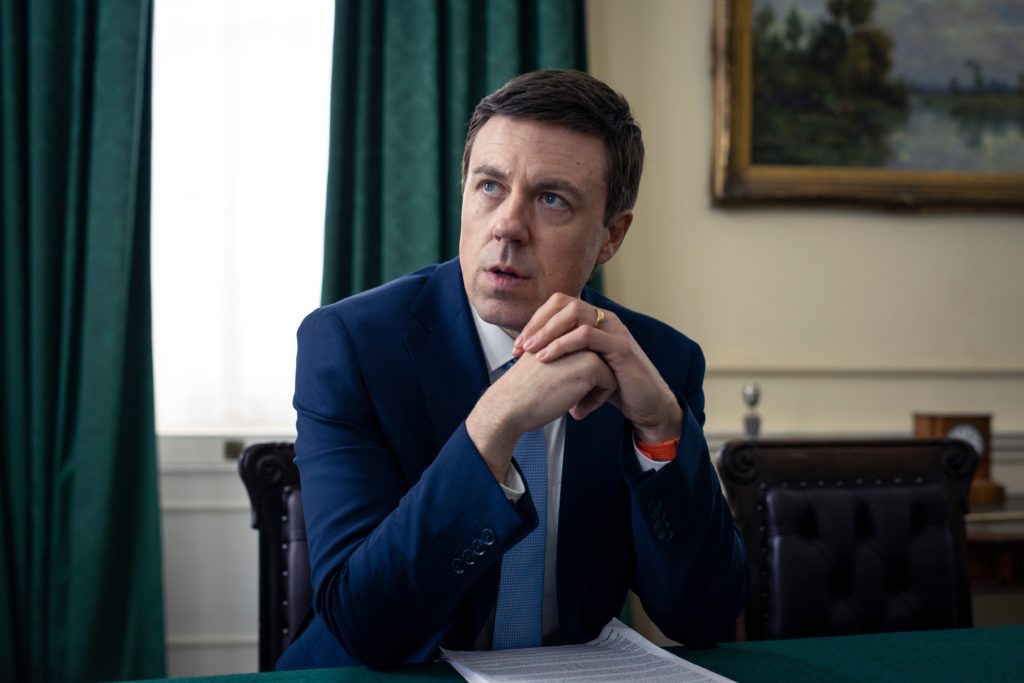 Actress Ophelia Lovibond is also pictured in her role of Carrie Johnson, and Andrew Buchan as former Secretary of State for Health and Social Care Matt Hancock

This England is produced by Michael Winterbottom's Revolution Films and Richard Brown's Passenger, and will air on Sky Atlantic and streaming service NOW later this year.